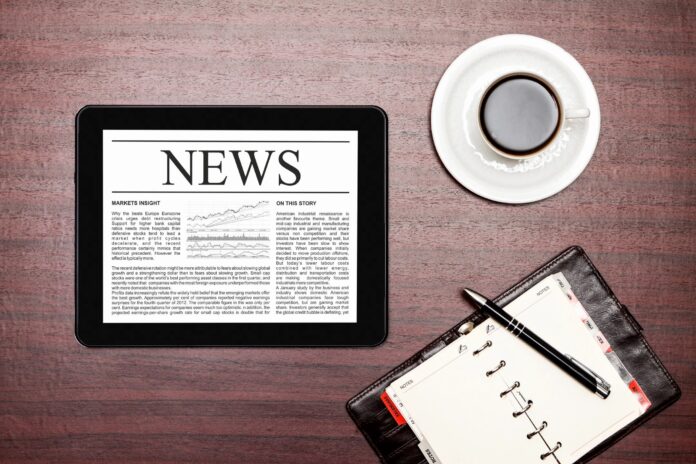 The parent company of Victoria, BC long-form journalism and e-newsletter startup, Capital Daily, has its eye on expanding to underserved communities nationally. 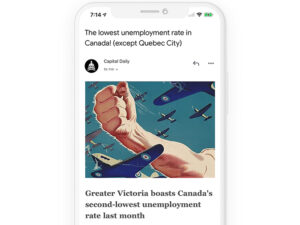 The independent digital outlet first launched in Sept. 2019, funded by Victoria tech entrepreneur Andrew Wilkinson – who is also behind venture philanthropist group, Tiny Foundation, best known for its investment in Canadian journalism startups like Canadaland and The Logic. Starting out with a skeleton staff of just three journalists, Capital Daily has since doubled its number of employees and grown its subscriber base from 25,000 to 45,000 over the past year.

As of December, it’s also added an executive team that includes Tom Gierasimczuk, the former publisher of Vancouver Magazine and Western Living, as VP, Partnerships & Monetization.

Gierasimczuk told Broadcast Dialogue that based on the startup’s success on Vancouver Island, the company is now looking at Capital Daily as a “sandbox” to explore what might be possible in other markets across Canada, as it looks to evangelize its model of responsible, investigative, independently-owned journalism.

“This has to be the way forward in order for communities to just not completely lose that street level awareness of what’s going on. The sort of harvesting and aggressive profit model of local journalism will never work. We’ve seen that you can’t keep harvesting the benefits of local journalism and the profits or the marketing budgets of local businesses and keep siphoning them off to a head corporate model,” said Gierasimczuk. “You really need community engagement, you really need to do the work, and there is no algorithm that can short cut your way out of this. It’s about gaining trust, telling the stories that make a difference, and a full commitment to expanding and working with and proving your worth in a community. That has to be the future, because everything else just comes off as disposable.”

“Certainly the dearth of local journalism is a kind of scourge affecting neighbourhoods all over the world. Why not take this model, hone it, and expand it nationally?” said Gierasimczuk, adding that the company is exploring expansion into markets outside Vancouver, and in Alberta, the Atlantic Provinces and Ontario. “We think it is possible to move into a market, talk to the community, find out what’s missing, fill in the gaps and give them something that’s been taken away by market forces and legacy media not being able to pivot and evolve quickly enough and therefore having to shutdown or cut back extensively.”

Starting with three to five people on the ground in a local market, including an editor, journalist, community management/audience development liaison, and a salesperson, Gierasimczuk said the Capital Daily business model is based on pursuing monetization and partnerships that are affordable and “sensitive to the challenges” being experienced by local business.

“It’s not a mass game, it’s very much local based and by that I mean our website doesn’t have banner ads, there’s nothing programmatic, it’s working with a select group of community sponsors, seeing what their needs are and slotting them into the newsletter. That’s where we’re looking at driving the value,” said Gierasimczuk, adding that Capital Daily’s e-newsletter open rate is now pushing 55%.

He said any local expansions won’t be rolled out under a corporate banner. Instead, they’ll reflect the individual community, which in some cases could include reviving the name of a former legacy media outlet that’s been shuttered. With more than 50 community newspapers shutdown last year across the country and over 2,000 journalists laid off, Gierasimczuk believes the pandemic has created opportunity.

“It’s just economics. There’s less competition from startups and a lot of legacy outlets that were just maybe limping along. We’re all in the process of developing new habits through the pandemic and looking for a newsletter in your inbox that tells you COVID numbers, businesses that have closed, feel good stories about business that is making a go of it…I think it’s really brought into focus what matters and what’s at risk in your community. I think people are a lot more interested and there’s a lot more pride in where they’re from. There’s less hustle and bustle and more reflection on where I live and what matters.”

Gierasimczuk points to a recent Capital Daily fundraising initiative that helped raise $150,000 for the United Way Neighbourhood Houses campaign over just 10 days, as proof of concept.

“It was among the biggest fundraisers for the organization in 2020. It shows how much things have grown…it’s that trust and that ability to get the community together in a tough time financially,” said Gierasimczuk.