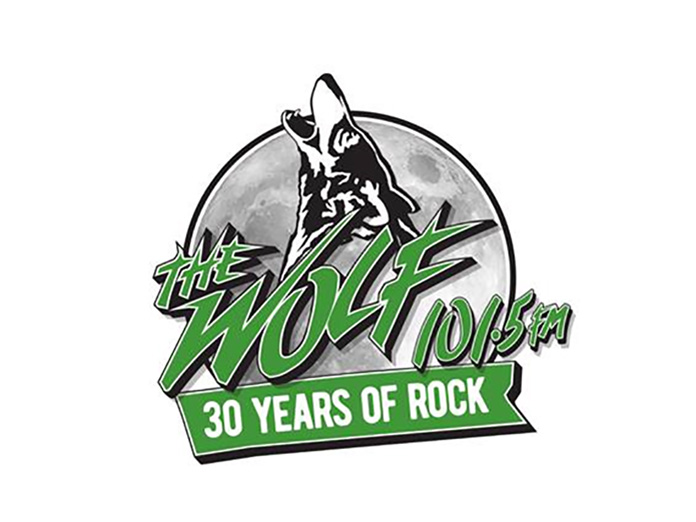 Corus Radio’s 101.5 The Wolf (CKWF-FM) in Peterborough is celebrating its 30th anniversary on Feb. 14.

Originally licenced as CHEX-FM in 1947, the station went through a number of ownership and format changes before rebranding as The Wolf on Feb. 14, 1992, assuming a Rock format and the call letters, CKWF-FM.

The station is marking its 30th anniversary with a number of special initiatives, including a collection of 30 interviews with past and present on-air hosts like TJ Connors, Brad Dryden, Griff Henderson, Dani Stover, Marty “The White Beaver” Silvestri, Jay Sharp, and Alana Cameron. Hosted by morning show co-host Brian Ellis. One interview will be released each week and published on TheWolf.ca.

The station plans to release a “30 Years of Rock” video commercial that will run across its social channels, as well as Global Peterborough. Birthday wishes and interviews from different artists, heard on The Wolf, will be featured on the station’s Facebook page and Global Peterborough.

“We’re proud to celebrate The Wolf’s 30th birthday and recognize the station’s past and exciting future,” said Rob Seguin, Program Manager for 101.5 The Wolf and 100.5 Fresh Radio. “We’re thrilled to have reached this milestone, which is a testament to the incredible team of people who work hard every day and continue bringing the best in rock music to Peterborough and the Kawarthas.”

Starting Monday, listeners can also play The Wolf’s 30th Birthday Elimination Game. For the first time in the show’s history, Wolf listeners will get to choose the prize they want to win (or rather what they don’t want to win). The Wolf will start with 31 grand prizes listed on TheWolf.ca, including $3,000 cash. Over the course of the contest, 30 contestants will each eliminate one prize from the board until just one remains. On Friday, April 29, one contestant will be drawn as the winner of the remaining grand prize.

Over the years, the station has helped raise millions for numerous charities including more than $1.6 million for Kawartha Food Share.  In 2018, 101.5 The Wolf, 100.5 Fresh Radio and Global Peterborough were presented with the Local Media Award by the Canadian Mental Health Association Ontario Division. The annual award recognizes journalists or media outlets that best exemplify the spirit of CMHA through their coverage of the impact of mental illness or addiction.