Media Technology Monitor (MTM) is out with some sports stats with the Summer Olympic Games set to begin in Rio this week. The Sports Enthusiasts Report indicates more than half of all English Canadians consume sports content at least once a week, but French Canadians are heavier users of sports content. The study also found TV remains the primary source for sports content with sports enthusiasts being more likely to subscribe to a TV service – but mobile devices are becoming increasingly popular for checking sports on the go.

The CRTC is looking for the public’s input as it launches a review of its wireless code of conduct. Created in 2013, the code is designed to ensure cellphone service providers use easy-to-understand language in customer contracts and by making attempts to limit bill shock. Comments can be made on the CRTC’s website until Sept. 26.

Astral Out-of-Home (AOOH), will now be the programming provider at Toronto’s Pearson International Airport. Starting August 29 the Bell owned company will screen the in-terminal programming and advertising. Bell Media content from CTV, CTV News, and TSN will be presented at YYZ to an estimated 41 million passengers annually.

Rogers continues the rollout of its Ignite Gigabit Internet service to residential and small business customers across neighbourhoods in Barrie, Keswick, Alliston, Bolton, Orangeville, and Woodbridge, Ontario. Ignite promises file transfer speeds that will allow download of an HD movie in 30 seconds. The company plans to reach 4 million Canadian customers by the end of 2016, with rollouts in New Brunswick and Newfoundland still to come this year. 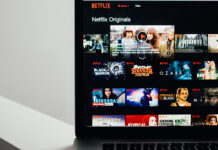 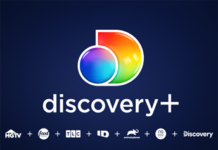 discovery+ to launch in Canada this month