A special Neil Peart tribute is being made available free to radio stations this week, hosted by rock radio veteran Jeff Woods. 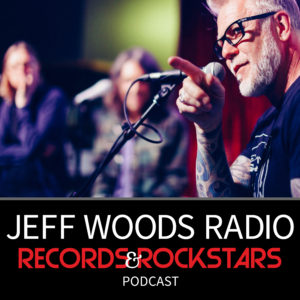 Woods, the host of syndicated radio show and podcast, Records & Rockstars, developed a relationship with the RUSH drummer and lyricist, who passed away Jan. 7 after a private battle with cancer. That relationship led to several hours of recorded interviews in which the two connected over music, motorcycles and more.

“Neil Peart played with precision and power the likes of which had not before been seen or heard in rock. And his words, and his intellect, and his kindness were also a rare combination,” said Woods. “Beyond the lighted stage, he was a private person and careful about who he opened up to. A few times, I was fortunate that he opened up to me.”

Woods says his initial interaction with Peart was at a warehouse rehearsal space near Cherry Beach in Toronto. Another, backstage at a RUSH concert in Hamilton, and more recently, and most personally for Woods – a conversation from the year before Peart became ill. It’s from this interview that the two-hour tribute is comprised, alongside a  RUSH playlist, carefully curated by Woods.

“He’d just put out another book and wanted to chat,” explained Woods. “He tells of the earliest days of his drumming and the people that he looked up to, playing the Rock and Roll Hall of Fame induction, his affinity for Seattle bands, plus he shares stories about the kindness of strangers, and reflects on some of his favourite time — off the road, at home with his daughter.”

Shawn Smith, president of Momentum Media Networks, which syndicates Records & Rockstars with Jeff Woods, in addition to being the publisher of Broadcast Dialogue, says more than a dozen Canadian stations and 10 in the U.S. have already committed to airing the special.

“In the spirit of Neil and the spirit of radio, the medium we believe is best when it’s connected to emotion and in-the-moment, this week is the moment when RUSH fans are hurting. And we believe that a Canadian musician with the stature of Neil is reason to be passionate and emotional,” said Smith.

The two-hour special, which allows for 10 minutes of local station content per hour, will be available starting Jan. 16 at noon ET. Find the sign-up link, here.