CBC has revealed that Matt Galloway, the longtime host of CBC Radio One Toronto’s Metro Morning, is set to take over hosting duties on The Current in the New Year.

Galloway, who joined Metro Morning in 2010, will officially join the national show on Jan. 6, 2020. Laura Lynch, who has been filling in since Anna Maria Tremonti’s departure in June, will continue to helm the show until then. Tremonti, who hosted The Current for 17 seasons, is now producing for CBC Podcasts. Her new longform interview podcast More with Anna Maria Tremonti is set to launch in January, with a live preview to be featured at the upcoming Hot Docs Podcast Festival on Nov. 10.

Galloway’s last day with Metro Morning will be Dec. 6, in conjunction with CBC Toronto’s annual charity drive and Sounds of the Season broadcast.

“Audiences across the country are about to discover what Toronto listeners have long appreciated,” said Susan Marjetti, Executive Director of CBC Radio and Audio, in a release. “Matt has done an outstanding job on Metro Morning. And while it is hard to think of a Metro Morning without Matt, it is also important that our brightest and best get new opportunities. The Current is one of our flagship journalistic shows. Matt brings a range and breadth to his new role. Curious and smart he asks the questions that need asking. And like his incredible predecessor, Anna Maria Tremonti, he is a great listener and that allows him to deepen the conversation. For those reasons and more we are thrilled he has accepted the job as the new host of The Current.”

“I’ve been getting out of bed at three o’clock in the morning to hop on my bike and greet Toronto listeners on the airwaves for the last decade,” said Galloway. “I’m looking forward to being part of the big stories in Canada today, and diving into the international topics that I’m always curious about.”

CBC says the search for a new Metro Morning host will begin in the coming days.

Galloway has been with CBC Radio for more than 15 years, previously serving as host of afternoon show Here and Now, and anchoring CBC Olympic Games and FIFA World Cup coverage for the public broadcaster. He also serves as co-host of Podcast Playlist on CBC Radio One, where he shares podcast picks, alongside Lindsay Michael.

Under Galloway’s tenure, Metro Morning has been the number one rated morning show in Toronto, delivering a 14.4% share (A12+) in the summer PPM ratings. 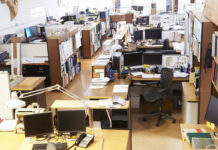