Viewers and listeners are consuming information and entertainment on many different devices. Broadcasters are delivering content on multiple platforms. How do we manage these shifts in technology to give consumers a consistent experience?

Television continues to evolve with increasing options for on demand viewing. Broadcasters and cable companies are now promoting Ultra High Definition 4k programming. 4k TV sets are readily available and affordable. In fact, you can now buy a 4k TV set for less than the cost of a smartphone.

For over the air (OTA) TV stations to remain relevant, they may need to offer equivalent quality and resolution by adopting the ATSC 3.0 transmission standard. Development of the ATSC 3.0 standard is on pace with the physical layer just finalized. Incremental layers of the standard to further define functionality are coming in the near future. The NAB has petitioned the FCC to permit use of ATSC 3.0 on a voluntary basis. South Korea has formally adopted the standard for launch in 2017. So, presumably, ATSC 3.0 TV receivers will be in production pretty soon.

Still, this is not an easy choice for TV stations. Internet delivery of 4k programming has a considerable head start to offer this higher resolution. And, the ATSC 3.0 standard is not backward compatible with existing DTV transmission. Viewers will have to buy new TV sets with an ATSC 3.0 receiver to receive 4k quality over the air.

The current uncertainty surrounding the US Incentive Auction makes planning ahead even more difficult. We’ve been struggling for over a year now to understand the impact of the proposed repacking of the TV Bands to repurpose the 600 MHz Band for mobile services.

Canadian broadcasters will have to wait until the outcome of the US Auction to learn how many Canadian stations will be forced to change channel. ISED, the Ministry of Innovation, Science, and Economic Development, has made agreement with the FCC to adopt the same band plan and jointly create a new DTV Allotment Plan. Broadcasters have been warned in ISED’s Consultation on the matter that “most Canadian regular power stations may be reassigned to new TV channels.”

In the short term, broadcasters feel their hands are tied. It is difficult to justify investment in new OTA technology when the costs of the TV repack are unknown. The first stage of the US Incentive Auction only raised about a quarter of the $88B needed to compensate and reimburse US TV stations to clear 126 MHz of 600 MHz spectrum. The Auction will continue at reduced spectrum clearing targets until the total amount bid by US mobile operators matches the amount needed to pay off US broadcasters. Nobody knows how long the auction will take nor what the final impact and cost to Canadians will be.

With such uncertainty, it’s hard to get excited about the additional cost and complexity of introducing ATSC 3.0 technology, especially when substantial costs were borne during the DTV conversion only 5 years ago.

And how would you do it anyway? There won’t be sufficient spectrum to provide every station with a second channel to simulcast ATSC 3.0 while continuing to broadcast on existing channels.

It has been suggested that TV stations could multiplex services to manage the transition. A simple example: TV stations A and B currently broadcast on channels X and Y. They could combine their current DTV transmission on channel X. And they could launch their simulcast ATSC 3.0 services in a multiplex on channel Y.

But, to do so requires reducing the quality of their current DTV broadcasts. Both stations would not be able to take full advantage of the quality improvement of ATSC 3.0 while sharing a channel. So there’s not much benefit or incentive for viewers.

In many ways, the options available for radio are even more confusing because the choices are targeting different devices and not yet converging on a consistent listener experience.

More radio stations are experimenting with HD Radio on FM. The primary digital channel is less prone to multipath interference and fading than analog FM. And this definitely offers a better listening experience for AM stations when simulcasting on an HD 2 channel of a sister FM station. But both come at the expense of wide area coverage.

DTS, formerly iBiquity, has actually done a good job of getting HD Radios into the automotive market. But, portable radios and home receivers remain at low levels. HD radio is targeted toward the car. Sadly, the replacement cycle for automobiles is about 10-12 years, so the penetration of receivers into the market takes time.

Hybrid radio is evolving quickly. This is where internet-delivered graphics and visuals augment the broadcast audio. In North America, this is best seen by the Next Radio service. Next Radio has made rapid progress in the US and now has partnerships with the largest mobile operators: AT&T, T-Mobile, Sprint, and most recently Verizon.

Next Radio, at least for now, is targeted at FM enabled smartphones. So it’s currently not an opportunity for AM stations and not compatible with HD Radio. For sure, the number of FM capable Android phones is growing. But, Apple is still a stubborn hold out and not offering FM. Unfortunately, the Apple iPhone has a market share of about 40% in Canada. The good news is that the replacement cycle for smartphones is much faster than for cars: about 3 years on average.

In the short term, Next Radio is for FM stations. I don’t expect to see HD Radio in a smartphone any time soon, and of course it is not technically feasible for AM.

Then there is streaming radio online. This platform has an advantage because it breaks through the device barriers. Online streaming of radio stations is available now at home, in the car, on your phone everywhere.

The announcement this year that Bell Media has partnered with iHeartRADIO to stream Canadian radio stations is a positive step forward. It is also exciting that similar services, such as Radioplayer, are eager to enter the Canadian market. These online services can offer an important benefit to radio stations because they are establishing a strong presence, even prominence, on the car dashboard through relationships with Apple Car Play and Android Auto and auto manufacturers.

If only we could figure out who will pay the cost of wireless data transmission.

In my dad’s generation it was simple. I can still remember our kitchen radio and first television set when I was growing up. In today’s world, radio and television are consumer experiences, not technologies. Listeners and viewers don’t really want to know where it is coming from or how it is delivered. Our challenge as broadcasters is to meld these divergent technologies into a consistent and seamless entertainment experiences.

It’s all about the device. 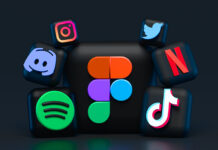 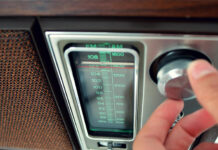 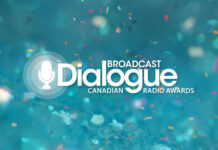