Steve Ladurantaye has been re-assigned from the role of managing editor of CBC’s The National. A memo to staff from Editor in Chief Jennifer McGuire references Ladurantaye’s involvement in a Twitter conversation supporting a so-called “cultural appropriation prize” for Canadian literature that sparked furore on the internet. Ladurantaye has been reassigned to a digital strategy role in Content Experience. McGuire writes: “In the fall, we will meet with Steve to re-assess his connection to The National going forward…Jonathan Whitten, Michael Gruzuk, Caroline Harvey and myself, as well as the various working groups, will lead the work around re-imagining the program.”

Stephanie Irvine has been promoted to Network Managing Editor for Global News. Irvine joined Global Calgary as a producer in 2013 and then Global Toronto in June 2016, after stints as an anchor, reporter, and producer at 570 News (CKGL-AM) Kitchener and 660 News (CFFR-AM) Calgary.

Marie Grégoire will host her own show on ICI Radio-Canada Première starting July 7. The former Quebec politician will host the 3 p.m. to 6 p.m. afternoon show, replacing Catherine Lachaussée. Gregoire is already known for her appearances on Les ex on ICI RDI and Première hour with Claude Bernatchez.

Jack Roe’s 35-year run as CBC Radio’s Peterborough correspondent has come to an end with the elimination of both Roe and Kingston correspondent JC Kenny’s regional reports on Ontario Morning. Roe remains a weekend anchor with 680 News (CFTR-AM) Toronto.

Barry Taylor has taken over music director duties at CFOX-FM Vancouver on a one-year term. Brittany Van Hemert is on maternity leave. Taylor was part of restructuring at 96.9 Jackfm (CJAX-FM) Vancouver last fall.

Melanie Martin has joined Corus Radio Barrie as the new co-host of BIG (CIQB-FM) Mornings (with Kris Bawden). Martin previously co-hosted The JJ and Melanie Morning Show on Flow 93.5 (CFXJ-FM) Toronto for 10 years and was an integral part of the popular Scott Fox, Melanie and Dave show on Z103.5 (CIDC-FM) Toronto.

Heather Backman has a new gig as a part-time swing announcer at The Beat 92.5 (CKBE-FM) Montreal after being laid off at CHOM-AM earlier this year. Backman will be doing summer relief. The CRTC has approved a change in the ownership and control of Grande Prairie Radio Ltd., the licensee of commercial Christian music station CJGY-FM. Golden West Broadcasting Ltd. will acquire all of Grande Prairie’s shares with effective control to be exercised by CEO Elmer Hildebrand.

The CRTC has revoked the license of CIHS-FM Wetaskiwin, AB. Owner Sukhdev S. Dhillon requested the closure based on an inability to make the station financially viable. Previous applications to increase the station’s power to 50,000 watts and reduce the commitment of broadcasting a minimum of 50 per cent musical selections from sub-category 35 (Non-classic religious) were previously denied by the CRTC.

Author Ian Howarth has penned a book on the golden age of Montreal radio entitled Ian Howarth’s Rock ’n’ Radio: When DJs and Rock Music Ruled the Airwaves.  The former high school teacher, who now works as a freelance journalist, explores Montreal rock radio from the ‘60s through ‘80s revisiting a time when AM ruled the airwaves. Dave Boxer, Dean Hagopian and Buddy G (George Morris) are just a few of the radio legends, Howarth touches on. Telefilm Canada and the Rogers Group of Funds have announced funding for 18 documentaries under the Theatrical Documentary Program. Of the $2.5M in projects funded, more than half are directed, written and/or produced by women, including Man Machine Poem chronicling the Tragically Hip’s 2016 tour, written and co-directed by Jennifer Baichwal. You can view the full list of projects here. Le Journal de Montreal reports that following last week’s CRTC policy changes, Séries + has abandoned several French-language projects. The projects were reportedly tabled after a ruling that channel owner Corus Entertainment will no longer be required to invest $1.5 million annually in Quebec productions, which funded series like Plan B, The Cradle of Angels, Sequelles, Sur-Vie and Mirador in recent years. Meantime, NDP MP Pierre Nantel tweeted that he will be calling on the CRTC to explain its policy decisions before a parliamentary committee. The CRTC has revoked the broadcasting license for a French-language community television station operated by Diffusion communautaire des Îles inc. in Îles-de-la-Madeleine, Quebec. The station ceased operation in Aug. 2015.

BNN (Business News Network)  is now starting its broadcast day an hour earlier at 6 a.m. with an expanded two-hour edition of The Street with Paul Bagnell. The show leads into Business Day and the rest of the regular BNN schedule. BNN.ca and the BNN GO app are being updated with breaking news earlier in the morning, while the BNN Daily Chase newsletter is being sent to subscribers by 7 a.m. ET, a full two hours earlier than before.

A Tribe Called Red, Grimes, and Shawn Mendes lead the nominations for the 2017 iHeartRadio MMVAs with four each. The awards simulcast on Much, Much.com, CTV, and VRAK on Sunday, June 18 at 9 p.m. ET. For the full list of nominees, click here.

Groupe Média TFO was recognized with a 2017 BIG (Business Intelligence Group) Innovation Award, in the Organization category, for its Virtual Universe Lab (LUV). Launched in 2016, the LUV is the first of its kind and only virtual set to use unique video game technology to create educational audiovisual content. Sportsnet has struck a deal with ESL, the world’s largest esports league, by acquiring the exclusive rights to esportsTV, the first global 24/7 esports television channel. Launching this fall, esportsTV, will be available exclusively in Canada on Sportsnet NOW. In addition, a weekly esports news, highlights and analysis program will air on Sportsnet 360 beginning in July. The agreement makes Rogers the first Canadian telecommunications company to land an exclusive esports content agreement. The CBC has been found not guilty of criminal contempt over a publication ban after refusing to remove stories published to its website before the ban was ordered. CBC Edmonton published stories in March 2016 about the death of a 14-year-old girl, including her name and photo. While CBC did not identify the girl after a publication ban went into effect, it did not remove or change earlier reports on its website. Justice Terry Clackson concluded that “allowing access to the impugned reports does not amount to publishing” and that “it is practically impossible to remove a story once it is online.”

CFAX 1070 Victoria anchor James Gardner has been named BCAB Broadcaster of the Year. Gardner has been honoured for his advocacy and for sharing his journey as a transgendered man, including a story reported by CTV News nationally. Gardner began his career in radio in the late 1970s in Alberta, and later worked at CKWX News 1130 and CKNW NewsTalk 980 Vancouver. Transitioning from female to male in 2012, Gardner produced a documentary My Journey To James for CFAX in 2015 which was recognized with multiple RTDNA awards and has helped raise awareness about the barriers the transgendered community faces.

CBC has announced its 2017-18 programming slate with 17 new television series and 25 returning titles. New Canadian original series include legal drama Burden of Proof, starring Kristin Kreuk; Caught starring Allan Hawco and Paul Gross; and comedy Little Dog from Joel Thomas Hynes and showrunner Sherry White. With more than 100 million downloads over the past year, CBC Radio is building on it podcasting success with new original series The Fridge Light, hosted by food writer Chris Nuttall-Smith; weekly talk show Seat At The Table with Isabelle Racicot and Martine St-Victor; and fresh cold cases from Someone Knows Something. The CRTC has announced a partnership with the Australian Communications and Media Authority (ACMA) to combat commercial electronic messages (spam) and telemarketing. The commission says the memorandum of understanding will allow the two agencies to develop a coordinated approach in enforcing Canadian and Australian spam and telemarketing laws and solidify and strengthen confidence in both countries’ communications networks. As part of the agreement, both organizations have agreed to facilitate virtual training opportunities and staff exchanges where mutually beneficial. Global News Toronto is hosting the second annual Greater Toronto Day on May 25 in conjunction with Corus Radio brother stations 102.1 the Edge (CFNY-FM), Q107 (CILQ-FM) and AM 640 (CFMJ-AM). Those living in the GTA are encouraged to participate by performing small acts of kindness and sharing them on social media with the hashtag #GreaterTorontoDay. A special Global News at 5:30 & 6 p.m. will showcase citizens committed to making the GTA a great place to work and live. Additional Greater Toronto Day coverage will be featured on The Morning Show, News at Noon, Global News at 11 p.m., 102.1 the Edge, Q107 and AM 640.

#250 (Pound 250) is the mobile short code that is helping radio and television sales departments increase inbound calls and leverage text messaging for their advertising clients. Now available in Canada, #250 campaigns produce measurable results, happier buyers, and longer campaign commitments. Hear more about #250 from Momentum Media Networks on the podcast below. 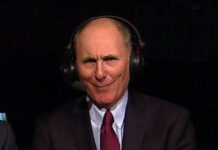 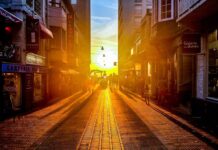 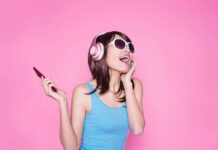 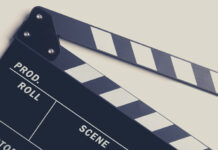