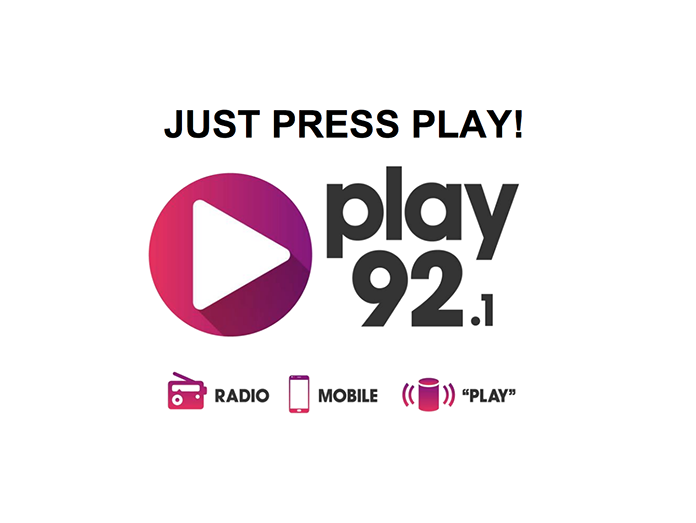 An extension of the company’s ’90s and 2000s Classic Hits format, which launched on CJNW-FM Edmonton in Aug. 2019 (and later rebranded to Play 107 last December), the new format replaces My 92.1 and the Adult Contemporary playlist the station had broadcast for the last nine years.

The Play format – “#1 for Throwbacks” – is built on the backbone of blockbuster artists like Backstreet Boys, Britney Spears, Destiny’s Child and Rihanna. Harvard was one of the first radio groups to launch the emerging format that was recently adopted by Apple Music for its Hits channel as part of its expanded live radio streaming offering.

Andy Ross, program director for Harvard’s Regina stations, told Broadcast Dialogue that with a station in the market already playing current hits and another focused on Classic Hits from the 1970s and ’80s, that left an opening to introduce the Play format.

“The launch of Play 92 wedges us nicely into a hole that has existed in the market for a long time,” said Ross. “My 92.1 was a relatively successful AC radio station, but the potential for growth in the market was limited. Initially, the goal was to adjust the music and steer it in a different AC direction sonically (including adjusting the current to gold song ratios) in order to get to a unique hole in the market but, when the hole became more obvious, the decision was made to bring Play into the city.”

Ross said the success of the Play brand in Edmonton made the decision to bring it to Regina easy.

“It’s a very exciting format that is unique in the sense that, even if the music wasn’t part of a person’s life group in the ’90s or 2000s, the majority of the songs are still very familiar to that person because it’s hit after hit after hit.”

The format earned a 4.3 share in Edmonton in the Spring PPM ratings period, with Adults 25-54.