Guy Brouillard, Gerry Forbes, and Brother Jake Edwards are the 2019 inductees of the Broadcast Industry Hall of Fame. They’ll be honoured during Canadian Music Week at the Canadian Music and Broadcast Industry Awards Gala Dinner on Thursday, May 9 in Toronto. Guy Brouillard, was music director at CKOI-FM Montreal for over four decades, up until his retirement last August. Gerry Forbes retired last year after 25 years at CJAY 92 (CJAY-FM) Calgary and 43 years in radio. Forbes started his career behind the turntable in 1975 at CHNL Kamloops, moving on to CHAM Hamilton, and then Toronto stations CFTR, CHUM, and CKFM, before landing in Calgary at CHFM and then CJAY. Brother Jake Edwards, of TSN 1040 (CKST-FM) Vancouver, has spent over four decades on-air across Canada including Q104 (CFRQ-FM) Halifax, 92 CITI FM and 97 Kiss FM (CKIS-FM) Winnipeg, and Q107 (CILQ-FM) Toronto, before becoming the morning show ratings leader at Vancouver’s Rock 101 (CFMI-FM) for 17 years. “Bro Jake” joined the TSN 1040 morning show in 2013. He’s also known as the voice behind syndicated radio comedy character “The Champ.” Previously-announced honourees for the 2019 Canadian Music and Broadcast Industry Awards include Robbie Robertson, the recipient of the Lifetime Achievement Award in the Canadian Music Industry Hall of Fame, and Michael McCarty and Steve Herman in the Canadian Music and Broadcast Industry Hall of Fame.

Brad Karp, morning show host at Rogers’ Country 93.3 (CJOK-FM) Fort McMurray, is the 2019 recipient of the Allan Waters Young Broadcaster of the Year Award, in memory of Steve Young. Karp arrived in Fort McMurray in Dec. 2014, starting out as the afternoon news anchor and reporter for Country 93.3 & ROCK 97.9 (CKYX-FM), in addition to handling play-by-play for Fort McMurray Oil Barons (AJHL) games. He’s been host of the Country 93.3 morning show for the past two years. At age 28, Karp has already been named one of Fort McMurray’s Top 50 Under 50, and in 2018 was awarded the Western Association of Broadcasters’ ‘Leader Of Tomorrow’ distinction and was named the ‘Ted Rogers Award Winner’ for his work during the Fort McMurray wildfires. Karp was the first person called following the Humboldt Broncos tragedy when a voice was needed to call the Broncos/Grande Prairie Storm game in Peace River. He’ll be recognized at the Industry Award dinner during Canadian Music Week in Toronto on May 9 and will be presented with his award during the Programming 2020 Masterclass panel earlier in the day. This year’s runners up were Rachel Ettinger of Virgin Radio (CIQM-FM) London, and Lauren Hunter of SONiC 102.9 (CHDI-FM) Edmonton. Read more here.

Carmela Laurignano, vice-president and Radio Group Manager at Evanov Radio Group (ERG), is the winner of the 2019 Rosalie Award. Handed out by the Radio Trailblazers, the Rosalie Award recognizes a Canadian woman who has blazed new trails in radio. Laurignano began her career at CHIN Radio Toronto, serving as sales assistant, sales manager, and later VP of Sales, Marketing and Promotions, becoming the first woman to hold a VP position with a Canadian ethnic broadcaster. In 1993, she joined ERG as VP & Radio Group Manager where she’s helped grow the company and fostered opportunities to acquire and launch new stations. Laurignano is part owner of four ERG radio properties and serves on the company’s board of directors. Edison Research has released The Podcast Consumer 2019, the latest deep dive into the audience for podcasting in the U.S. The study combines new research from Edison and Triton Digital’s The Infinite Dial 2019, and previously unreleased data from Edison’s Share of Ear research, a syndicated study tracking all forms of online and offline listening. The study shows monthly podcast listening, 12+, has grown from 26% in 2018 to 32%, equivalent to 98 million Americans. Of those listeners, 36% are men and 29% women. Growth was seen across all demos, notably among those ages 12 to 24, which went from 30 to 40%. Edison Research SVP Tom Webster cautions however that growth is still lagging with those 55+ and getting whiter. Amongst monthly podcast consumers, 66% are white. African-American listeners make up 11% of listeners, followed by Hispanics at 9%. Read the full story here. SiriusXM has made the first move towards capitalizing on its $3.5 billion acquisition of Pandora, America’s largest music streaming service. SiriusXM is launching 22 new podcasts on Pandora, repurposing many of its most popular shows like Andy Cohen’s Deep & Shallow Interviews, Jenny McCarthy’s Celebrity Dirt, The Hoda Show, Ricky Gervais Is Deadly Sirius, and Straight from The Hart with Kevin Hart. Rafale FM (CJRM-FM) Labrador City, NL has reportedly continued to accept advertising dollars, despite being off the year for sometime. Target Broadcast Sales says it sold advertising for the French-language station up until the end of March when it learned it had gone silent. The federal and provincial governments invested more than $600,000 to start the provincial francophone radio network, starting in 2009, however sources tell CBC no local programming has been produced since 2015. Montreal communications firm Cossette says it’s purchased at least $10,000 in ads on the station since 2015, while the Canadian Environmental Assessment Agency spent $3,363.75 in advertising from 2016-18. The station claims technical problems led to it come off air last July.

Erin Davis has released the audio book version of her Top 10 bestseller Mourning Has Broken: Love, Loss & Reclaiming Joy. The longtime CHFI Toronto host wrote and narrated the book, which features a foreword by Jann Arden. In the book, Davis explores her grieving process following the sudden death of her daughter Lauren, 24, a former CFRA Ottawa news anchor. It also includes anecdotes from Davis’ broadcasting career.

Bob Hunter, the former general manager of CKBB Radio in Barrie, ON, has had a $50,000 donation made in his memory to create a music-themed art installation at Meridian Place on the Barrie waterfront. Hunter, a community staple also known for playing in the Bob Hunter Band and Barrie Concert Band, first joined the Barrie Broadcasting Company in 1952, before leaving in the late 1960s to become Canadian president of the Cooper Tool Group. Hunter passed away in 1999. 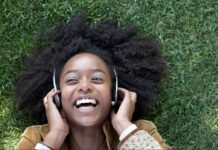