Next month, gaming’s biggest night will not be televised but streamed and will garner a larger Canadian audience than most national awards shows. Here are five reasons why.

Among the 26.2 million people who watched The Game Awards last year, almost two million were Canadian. This number isn’t really a surprise considering that according to the Entertainment Software Association of Canada, 80% of Canadians view video games as mainstream entertainment and an estimated 23 million Canadians identify as gamers. More than a hobby, video games are now an industry contributing $3.7 billion to the Canadian economy. The Great White North is home to some of the biggest studios, with esports fans packing stadiums, and top Canadian streamers signing multi-million dollar exclusivity deals with streaming platforms.

All of these factors have created an audience in Canada for The Game Awards, however the show’s real achievement is its ability to reach those potential viewers and offer something compelling enough to keep them engaged. This article is NOT about what the JUNOS or other awards ceremonies are doing wrong, but rather about what The Game Awards are doing right.

A BRIEF HISTORY OF THE GAME AWARDS

It’s difficult to talk about The Game Awards without mentioning Canadian gaming journalist Geoff Keighley, the longtime creative, driving force behind gaming’s biggest night. Before The Game Awards, there were the Spike Video Game Awards which were endlessly lampooned by gamers for being cringeworthy and brought ridicule to Keighly who was referred to as the “Dorito Pope” for years.

In order to realize his vision of what The Game Awards could be, Keighley had to make the risky decision to do it without traditional broadcasters and the massive compromises they would impose, and partner with 40 streaming services worldwide to craft what he describes as “a show that celebrates the gaming industry but isn’t afraid to reinvent itself.”

1. MORE THAN JUST ABOUT THE INDUSTRY; IT’S ALL ABOUT COMMUNITY

One of the greatest strengths of The Game Awards is its success at bringing together everyone passionate about the medium from game designers and creative talent to the gamers playing them.

That philosophy also extends to how the awards are handed out. Once the nominees are announced, gamers can vote on The Game Awards website which deepens engagement as every audience member has an active stake in the results.

Having the three console-manufacturing titans, Sony, Microsoft, and Nintendo, standing together, on the stage, embodies this sense of community gathering.

2. UNAPOLOGETIC WHEN IT COMES TO EMBRACING ITS OWN QUIRKINESS

The gaming community is one of the most inclusive and diverse out there, so it’s no surprise that the kind-hearted Dominique McLean won the award for Best Esports Player in 2018.

SonicFox, as he calls himself, is a gay, black, furry who underneath his fursuit was 2018’s best fighting game player – the most dominant esports athlete in the category – and the victor of several EVO championships that earned him the title of ESPN Player of the Year.

Only at The Game Awards could the audience be graced by such a flamboyant, yet emotional and quirky moment of triumph.

Reggie Fils-Aime, the former president and CEO of Nintendo, said The Game Awards “represent a global opportunity to honor the past, present and future of our industry.” As such, one of the most heartwarming components of the show is to shine a spotlight on the creators time has forgotten or who never got the credit they are due.

When we’re talking about community, The Game Awards are very good at introducing younger generations of gamers to extraordinary creatives who they might never have heard of, but have had a tremendous influence on modern gaming and have inspired generations of game makers.

Until receiving the Industry Icon award in 2017, Carol Shaw was only remembered by a small number of older gamers passionate about gaming history.

4. A GREAT SHOWCASE FOR THE INDUSTRY’S LEADING CREATORS AND TITLES

Geoff Keighley and his team are hand-selecting the games that will be featured and work for months with developers and publishers to make them part of the show.

Audience feedback is taken into account, but also used to build hype for the event and the games shown. A few days ago, a glimpse of the 2019 show program was shared on social media where it was revealed that 16 world premieres will be featured in-between the attribution of 23 awards.

Last year while the show was live, eight of the 10 worldwide trending topics on Twitter were related to The Game Awards, including Ubisoft Montreal’s Far Cry: New Dawn.

5. HOW TO KEEP THE AUDIENCE ENGAGED BETWEEN AWARDS

World premieres not only showcase upcoming games, but they’re an integral part of an audience-centric strategy which consists of providing compelling content to keep the audience engaged in-between award announcements. This is why, according to Variety, The Game Awards could be the future of all entertainment award shows.

The musical performances during the show are always songs or bands featured on video game soundtracks which make them relevant to gamers and are bonafide hits as a song attached to a popular game will be heard around the world nearly a billion times.

Last year, Casey and Ali Edwards’ performance was the perfect fit to re-energize the audience mid-show.

The 2019 Game Awards will take place Dec. 12 at the Microsoft Theater in Los Angeles. They’ll be streamed live on more than 45 platforms worldwide, including YouTube, Twitch, Facebook Live, and Mixer. 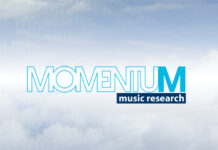