DHX Media-produced animated series Carmen Sandiego is among the juried award winners for the 71st Emmy Awards, announced today by the Television Academy.

Awarded in categories including Animation, Choreography, Interactive Programming and Motion Design, juried entries are screened by a panel of professionals in the appropriate peer group with the possibility of one, more than one, or no entry being awarded. Deliberations include open discussions of each entrant’s work.

Carmen Sandiego won in the Outstanding Individual Achievement In Animation category where there were seven first-time winners and one second-time winner from programs across two platforms, YouTube and Netflix. The Twitch platform received its first Emmy for Outstanding Innovation In Interactive Media. Netflix comedy commentary Patriot Act with Hasan Minhaj won for Outstanding Motion Design.

The juried awards will be presented at the 2019 Creative Arts Awards ceremonies on Sept. 14 and 15. 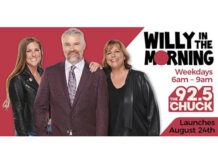