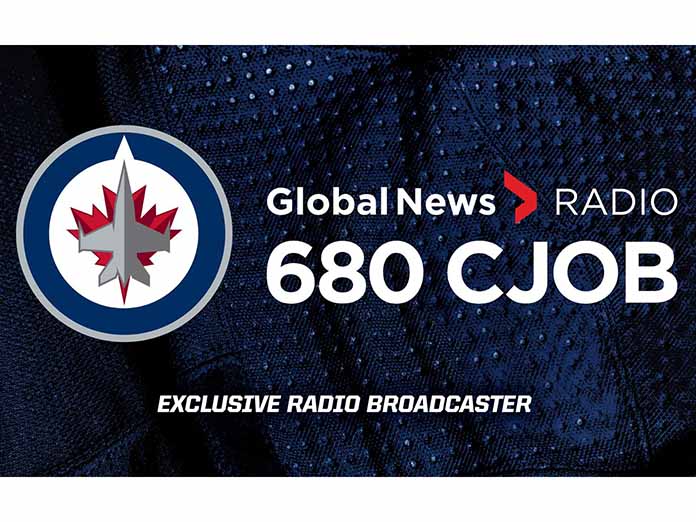 The regional radio broadcast rights had previously been held by Bell Media, which had a 10-year contract beginning in the team’s inaugural season (2011-12), to air games on TSN 1290 (CFRW-AM).

CJOB was the radio broadcast home of the Jets prior to the team’s relocation to Phoenix in 1996. The multi-year Corus deal covers all pre-season, regular season and playoff games from 2020-21 through 2026-27 seasons, with all games to also be simulcast on Power 97 (CJKR-FM). The station’s coverage starts with tomorrow’s NHL draft.

“We are thrilled to land this deal and partner with True North and the Winnipeg Jets for the next seven seasons,” said Brent Williamson, News Director and Station Manager, Global Winnipeg and 680 CJOB, in a release. “Jets fans are some of the most loyal and passionate in the league and 680 CJOB is ready to bring exciting play-by-play and in-depth, exclusive coverage to listeners across the province and beyond.”

“As we prepare to celebrate our 10th season of the Winnipeg Jets and the NHL returning to Winnipeg, we are equally as excited to have the Jets’ live game broadcasts also return to 680 CJOB,” said Mark Chipman, Executive Chairman and Governor, True North Sports + Entertainment and Winnipeg Jets Hockey Club. “680 CJOB has a long, proven history as a leader in sports broadcasting in Manitoba, and we’re looking forward to sharing the excitement of Winnipeg Jets hockey with more listeners on more platforms to better serve the greatest fans in the NHL.”

As part of the agreement, Manitoba Moose games also move to livestream on cjob.com. The Jets’ American Hockey League (AHL) affiliate, Moose games were also previously heard on TSN 1290 when they didn’t conflict with the Jets schedule and alternately streamed online.

Meanwhile, TSN has announced a multi-year extension of their regional television rights partnership with True North and will continue to be the official broadcaster of Winnipeg Jets regional regular season games. They’ll continue to be available on TSN3, TSN.ca, and the TSN app to TSN and TSN Direct subscribers in the Jets’ designated broadcast region, which includes Manitoba, Saskatchewan, Nunavut, the Northwest Territories, and parts of Northwestern Ontario including Kenora, Dryden, and Thunder Bay.