Classic animated series The Raccoons is returning to the small screen with newly digitally remastered content, premiering on Crave in Canada on Oct. 8.

The restored content includes all 60 half-hour original episodes and four animated specials including The Christmas Raccoons, The Raccoons on Ice and The Raccoons and the Lost Star.

Seasons 1 and 2 drop on Crave this Saturday, while Seasons 3, 4 and 5 plus the animated specials will follow at a later date. The remastered series will roll out in additional markets in 2023.

Created in 1985, The Raccoons series was known for its strong environmental theme. It follows “the day-to-day life of three raccoons — Bert, Melissa & Ralph, their friend Cedric the aardvark, and his Dad, Cyril Sneer, whose hunger for a quick fortune causes many conflicts inside The Evergreen Forest,” a release recounts.

“We are thrilled to partner with Crave and reintroduce ‘The Raccoons’ to an entirely new generation,” said Kevin Gillis, president of Run With Us Productions and creator of the series. “Over the past few years, we’ve seen a resurgence of interest in the program along with its specials. Parents, who were children themselves in the 80s and 90s, are eager to share the show’s strong environmental values and loveable characters with their children, a message which resonates more than ever today.” 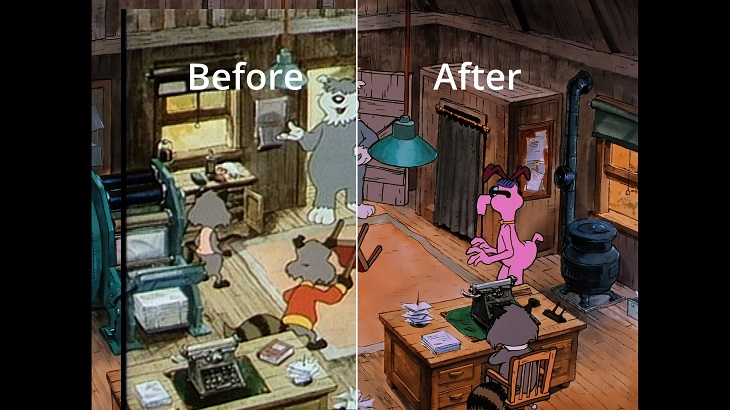 Gillis and his production team started the process of restoring and digitally remastering the series and specials in 2022.

“The process has been a huge technical undertaking, involving the original 35mm films, 4K and HD scanning in both 16:9 and the original 4:3 aspect ratio, audio syncing in English, French, and Latin American Spanish as well as deliveries in M&E tracks for other languages,” Gillis explained. “The work has involved partners in Canada, the U.S., the UK, and India. It has been a labour of love for everyone on the team. The results are simply amazing.”

“It is our mission at PFT to deliver the highest quality technical, creative services in digital restoration. When ‘The Raccoons’ was brought to our team, we knew we had the technical know-how to get the job done and the results are simply astonishing. There is nothing like the image quality of 35mm film to reveal the art of the original animation — something that was not possible when it originally aired,” added Anthony Matt, Vice-President of Technical Operations, North America, at Prime Focus Technologies (PFT).