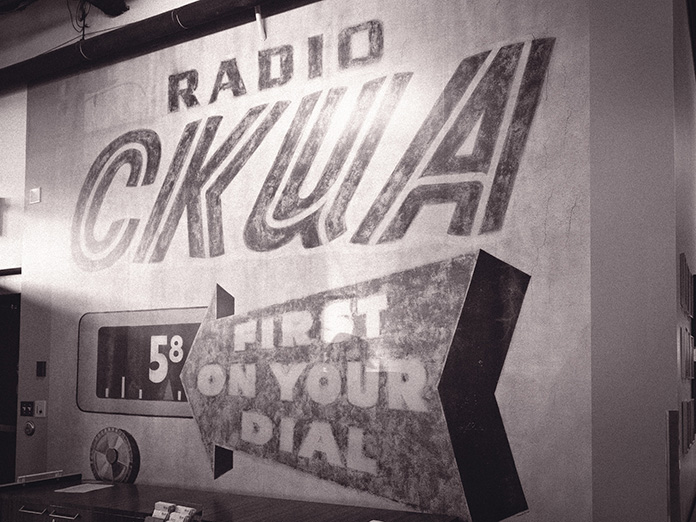 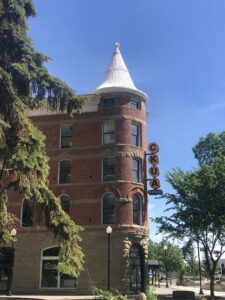 CKUA, the first public broadcaster in Canada, launched on Nov. 21, 1927 thanks to a provincial grant that allowed the University of Alberta Department of Extension to build a transmitter on campus and purchase CFCK from Radio Supply Company Limited.

Starting out broadcasting lectures and other educational content, the community station has since entrenched itself as a cultural institution with host-curated programs across genres from blues to folk, jazz, hip hop and classical. Over the years, hosts have included entertainer Robert Goulet, conductor and composer Tommy Banks, broadcasters Bryan Hall and Terry David Mulligan, Stony Plain Records founder Holger Petersen, and folk singer Celeigh Cardinal.

In 2016, CKUA expanded with the establishment of a studio at Calgary’s National Music Centre (branded as Studio Bell), in addition to its 16 transmitters across the province.

“A lot has changed over 95 years, but one thing has remained the same: CKUA’s commitment to helping our listeners connect with, and explore their world through, music, arts, and culture,” said CKUA CEO Marc Carnes, in a release. “We’re grateful for the countless staff, hosts, donors, partners, and volunteers who have sustained CKUA with their support over these many years, and we’re looking forward to celebrating our 100th birthday in 2027.”

Reaching the station’s 95th birthday hasn’t been without challenges. Following CKUA’s privatization by the Alberta government, the station went dark in March 1997 just weeks after celebrating its 70th birthday as it struggled to attract sponsors and public donations. After five weeks and the formation of a new board – the Save Alberta Public Radio Society, led by Tommy Banks, Edmonton lawyer Bud Steen, former CHAT Medicine Hat General Manager Orv Kope and Edmonton Folk Music Festival producer Terry Wickham – CKUA returned to the airwaves, going on to raise $1.1 million during a two-week fundraising drive.

CKUA is marking today’s milestone with a full day of programming, including birthday wishes from guests and hosts, and shared memories and broadcasts from CKUA’s history. The City of Edmonton will also mark the occasion with a lighting of the High Level Bridge this evening, while the Calgary Tower will be lit in yellow lights on Tuesday, Nov. 22. As well, a new beer, collaboratively created by Alberta breweries, Bent Stick Brewing, The Establishment Brewing Company, and Blindman Brewing, is available in limited release for those who want to raise a glass in CKUA’s honour. It’s been dubbed “Multiple Transmitters,” a nod to the network’s 16 transmitter towers.