That’s down from 4.45 million viewers last year and 4.47 million viewers in 2017, marking a 41 per per cent drop in viewership from the 7.32 million Canadians who watched in 2016 – the last Super Bowl broadcast prior to the CRTC simsub ruling allowing U.S. ads to air during the game in Canada.

Once the CBS feed of the game ended after the final whistle, Bell says a special post-game edition of SC WITH Jay and Dan, which aired on CTV and TSN, earned the show’s largest audience ever, averaging 810,000 viewers.

A record was set for digital viewership this year. According to CBS, 2.6 million people streamed the Super Bowl, for a total audience of 100.7 million. 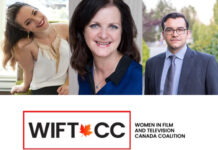 Broadcast Dialogue – The Podcast: WIFT-CC & Reel Families for Change on parental discrimination in the screen industries

OAB Connection 2021 to focus on how stations can thrive in...