Bell has applied for leave to appeal the CRTC decision forcing it to treat TVA Sports like its own RDS Sports channel. The Dec. 19 decision called on Bell to include TVA Sports in its “Bon” cable bundle by Feb. 5. 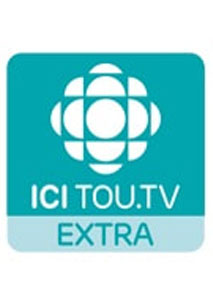 Quebecor has filed a complaint with the CRTC against Radio-Canada, arguing that operating the ICI TOU.TV EXTRA online subscription video-on-demand service (Tou.tv Extra) “is an alarming departure from SRC’s mission as a public broadcaster” and that it should be shut down because it’s in regulatory breach. “First of all, it is charging subscription fees for access to content that is already heavily subsidized by the public through income tax and sales tax. Furthermore, by carrying programs from channels such as V, TV5, VRAK and ARTV on Tou.tv Extra, SRC is acting as a broadcasting distribution undertaking, in violation of the Broadcasting Act, without contributing to the Canada Media Fund – from which, by the way, it benefits significantly,” said Pierre Karl Péladeau, President and CEO of Quebecor, in a release. Quebecor says the situation is further aggravated by the fact SRC is granting TELUS customers exclusive free access to Tou.tv Extra. As a public broadcaster, Quebecor maintains that SRC cannot offer TV programming on an exclusive or preferential basis to a limited population of subscribers.

Rogers Communications has released financial results for the fourth quarter ended Dec. 31. Among the highlights, strong Wireless and accelerated adoption of Rogers Infinite unlimited data plans contributed to the addition of 131,000 postpaid nets, up 17% from 2018, and resulting in an average data usage increase of over 65% by customers. Cable results were led by internet growth and adoption of Ignite TV.  Cable revenue was stable this quarter, as Internet revenue growth of 7% was primarily offset by a decrease in Phone revenue. Media revenue decreased by 2%, primarily as a result of the sale of the company’s publishing business, partially offset by higher revenue at Today’s Shopping Choice (TSC). Excluding the impact of the publishing sale, Media revenue would have increased 1% this quarter.

Canadian Journalism Foundation (CJF) Lifetime Achievement Award nominations are open, celebrating a Canadian journalist whose career demonstrates a dedication to the craft and whose work serves as an inspiration to others. Nominees will be considered based on body of journalistic work, contribution to society through impactful journalism, and recognition and respect from peers and community. Individuals who have worked in print, broadcast, or digital and in any journalistic field (news, business, politics, cartoon, arts, etc.) are eligible for consideration. The deadline for nominations is Feb. 21.

FEATURE: Eric Blais of StatsRadio discusses fighting back against the phenomenon of ‘groupthink’ in the broadcast industry in his January Rethinking Media column. Read more on overcoming this hurdle to innovation, here.