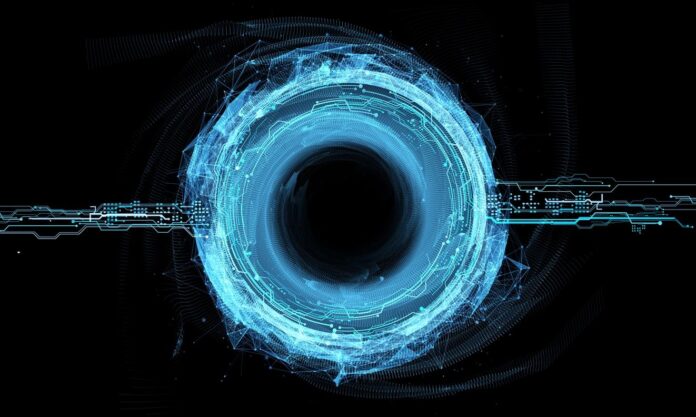 More delay, indecision, will force a choice upon us

It’s time for the government to take action to re-structure Canada’s broadcasting system. The Yale Report provides a series of strong recommendations – many of which, in my opinion, could be applied by the CRTC without requiring changes to the Broadcasting Act.

There is very little difference between the regulations applied in the current broadcasting system and those needed for the digital platforms. Certainly, the core issues around access, marketing and basic commercial terms are the same. The primary difference is the new platforms are very large, foreign (mostly U.S.) corporations. The relationship between them and the Canadian broadcasters will be very similar to that of our current independent broadcasters and the vertically integrated companies in Canada. Hopefully we can draw lessons from the success and failures of the past decade to help create a well-regulated system. 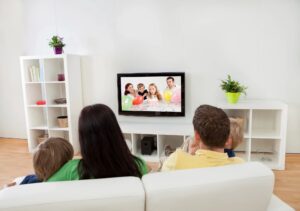 Many of those lessons are derived from missteps the CRTC has taken, mostly regarding the independent sector. This been decimated by the increase of vertical integration and consolidation over the past 15 years and the Let’s Talk TV decision in 2015.

To illustrate: Before 2000, with only a couple of exceptions, almost all of the 72 Canadian specialty and pay services were independent. Now there are only 18 of these services left. Of those, five are 9(1)(h) services and five are third-language discretionary services (not a traditional area of BDU investment). Only eight of the other larger discretionary services remain independent. In our view there has been significant institutional drift at the CRTC over the past decade.

Is this a precursor of what’s to come to Canada as a whole as the large foreign distributors move to consolidate their networks and gain increased control over content production and ownership? Compared to those large, predominantly U.S. distributors, all of Canada’s communications companies are essentially independent broadcasters.

The Yale Report provides 97 recommendations to government on changes to the Broadcasting and Telecommunications Acts. Three of those seem the most relevant to broadcast regulation at the highest level although they are very thin on specifics, so let’s fill in the blanks and offer some suggestions based on the current regulations and experience. I have taken out the repetition and slightly abbreviated the recommendations to save space.

Recommendation 60: All media content undertakings that benefit from the Canadian media communications sector should contribute to it in an equitable manner. Undertakings that carry out activities should all have obligations, regardless of where they are located.

Discussion: This is the contribution clause that would require the new digital platform entrants to have the same obligations to pay directly into the Canadian system the way Canadian BDUs must, which is 5% of their gross video revenue on an annual basis. This money is used to fund the production of Canadian content. This is essentially the “virtuous circle” of the traditional Canadian system.

Critics of this recommendation have ranged from those who think the cost will be pushed back on the Canadian consumer to those who think it violates our trade agreements. I am not an expert on trade but I agree with Richard Stursberg, Peter Grant and others who have said so long as these rules are being applied to Canadian BDUs it makes no sense for them not be applied uniformly to all similar services.

There are others who say that the 5% number is too low and should be higher. On this I offer no opinion but do wish to make three points: 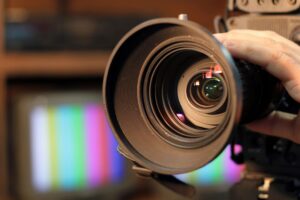 “Current content expenditures for the digital platforms are enormous, so now it is the perfect time to bring these rules into place.”

Discussion: The imposition of spending requirements on broadcasters has been a part of the Canadian system for decades. The current average of 30% of annual revenues seems appropriate. Many countries around the world – particularly in Europe – are using a similar number. This should not be controversial.

Clearly there is much work to be done to figure out how the content produced from these spending requirements would end up back on the platforms and what the “terms of trade” are, but the aggregate export value of the content should offset the financial outlay. Current content expenditures for the digital platforms are enormous, so now it is the perfect time to bring these rules into place.

The regulation of economic relationships will be fundamentally important. We are currently in a period of relative equality in terms of bargaining power. Most platforms are looking to grow their content partnerships and expand their offerings. However, as we have pointed out earlier, this period of the cycle rarely lasts long.

It would be prudent to develop a basic set of standard model terms that can act as a negotiating floor for content providers. For example, revenue share could begin at 50/50 and get no worse for the content provider. They could negotiate better terms, but not worse than the floor. Other basic terms can be provided to create fair industry standards. 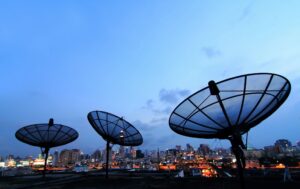 The lesson of the past decade in the Canadian broadcasting system is that simple and clear rules are needed. There is a long-standing belief that content players and distributors are somehow on naturally equal footing in negotiations. This is simply not the case. Once a distribution platform reaches even 10% to 15% of the market share, they become financially significant to the content provider. Once they achieve 30% or more they can dictate terms. The only leverage a content provider has is to withhold services, which is inherently riskier for the content provider – and financially impossible in the Canadian market.

Recommendation 63: To ensure that Canadians are able to make informed choices and that Canadian content has sufficient visibility and is easy to find on the services that Canadians use, the CRTC should impose discoverability obligations on all audio or audiovisual entertainment media content undertakings, as it deems appropriate, including: Catalogue or exhibition requirements; prominence obligations; the obligation to offer Canadian media content choices and; transparency requirements, notably that companies be transparent with the CRTC regarding how their algorithms operate, including audit requirements.

“Canadian channels must be made available when the consumer comes to landing page of the service.”

(b) Prominence obligations are not defined but it is one of the most important areas. It’s very easy for platforms to make content and channels invisible. For example, a channel that is not initially subscribed to is removed from the customer’s list of available channels. Canadian channels must be made available when the consumer comes to landing page of the service; they must remain available; and, if packaging is provided, be included in the best available package, which always means the relevant package with the most subscribers.

(c) The obligation to offer Canadian media content choices is fundamental. Implicit in this is mandatory carriage obligations or, to use less loaded terminology, access rights for Canadian services. Access rights have been used less frequently over the past decade in the broadcasting system. However, this should not be the case in the digital platform world. 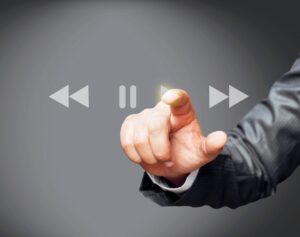 There are none of the capacity issues which troubled BDUs in the past. Internet-based platforms can add a virtually unlimited amount of services for a marginal cost. For example, PlutoTV has more than 200 linear type services now available on its platform in the U.S.

More importantly, the real objection to mandatory carriage was the financial burden that came with an increased number of subscribers. In a revenue share world this objection is moot. Full platform access gives the content provider a greater chance for discovery and earning revenue. It is a win/win for both parties in the new financial arrangement.

The other reason access to platforms is warranted is to protect Canadian values. Many Canadian services – especially the 9(1)(h) services – are important for underserved communities and diversity. Other channels such as OUTtv are important for upholding Canadian values but may conflict with the political or social position of the platform or their country of origin. At OUTtv we have seen this a lot in our export efforts over the past few years – even in the U.S.

(d) The way the transparency recommendation is worded is that it is between the platform and the CRTC. The overall concept needs to be expansive and will require thought. For content providers, the starting point is to provide access to content providers to data on subscriber numbers and content performance.

“The available information is so much superior to what is currently available on broadcast platforms – scandalously so.”

The availability of content performance data is critical. It is a huge benefit to see the performance of your content on digital platforms. The available information is so much superior to what is currently available on broadcast platforms – scandalously so. It gives us a much better sense of audience interest and allows us to be more confident in our investments in programming.

The need to look at the recommendation algorithms of the platforms is another issue. It really goes to the preferences which platforms give to their own content. A similar problem is with embedded apps and competitive services. History has shown where there can be abuses there will be. We have seen it in Canada with vertical integration, but the digital platforms could take it to a whole new level. 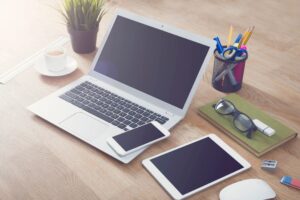 One thing we are seeing right now is more and more embedded content on devices, televisions, boxes and, no doubt, coming soon to a refrigerator near you. Foreign content deals carving up the Canadian market are being done for carriage of a service before it even comes to Canada. They may even grant exclusivity over a type of service, foreclosing any similar Canadian service from even getting on the platform – just like non-competes in a shopping mall. This is yet another reason Canada must move quickly because even now we will be asking for some approaches to be undone or adjusted so that we can compete.

In the digital world, small advantages become larger advantages over a period of time and are reinforced by algorithms and recommendations. It’s critical we learn how to level the playing field to ensure our content can compete.

The Yale Report does an excellent job of setting the stage for the government and the CRTC to take action. There is much work to be done. Every day that passes makes the current Canadian system weaker and the new platforms stronger.  The government has indicated that it will take action. Last month at the BANFF Media Festival Virtual Conference, Canadian Heritage Minister Steven Guilbeault confirmed as much. We take him at his word, but there can be no further delay.

The great Canadian band Rush, in their song, Freewill, wrote the line “if you choose not to decide you will still have made a choice.” We are very close to a time when indecision will have made the choice for us. It will be too late, as the new platforms will be too entrenched. Let’s not let that happen.

Brad Danks is CEO of OUTtv and adjunct professor of law at the University of Victoria. This is the third and final instalment of a three-part series.