Rosemary Barton, Andrew Chang, Adrienne Arsenault and Ian HanomansingCBC News has announced the new The National host team including senior correspondent Adrienne Arsenault, based in Toronto; political reporter and host Rosemary Barton, based in Ottawa; CBC Vancouver host Andrew Chang, based in Vancouver; and veteran host and reporter Ian Hanomansing; who will be based in Toronto. Hosting as an integrated team, across broadcast and digital, they’ll also report their own stories. The revamped flagship newscast launches Nov. 6 at 9 p.m. ET on CBC News Network and 10 p.m. (10:30 NT) in every time zone on CBC.

Canadian Broadcast Sales (CBS) has announced that Gerry MacKrell will succeed Patrick Grierson as president. MacKrell will take on his new role Sept. 1. MacKrell spent 23 years at Corus Entertainment, most recently as senior vice-president of Sales. Prior to Corus, he was at Western Broadcast Sales and All-Canada Radio & Television, which became a part of CBS in 1993. MacKrell has also been an active member of the CBS board of directors.

Global BC has hired Kasia Bodurka as the new weekend weather specialist. Kasia has previously worked as a national reporter and anchor with The Weather Network, as well as Rogers TV in Ontario where she covered news, community events and entertainment.

96.3 Cruz FM (CFWD-FM) Saskatoon has launched new morning show Stacie And Clayton. Clayton Kroeker comes to Cruz from The Bull (CKBL-FM) Saskatoon where he handled afternoon drive. Kroeker joins Stacie Cooper, who was one-half of the Stacie And Joel.

Kerry Marshall is out as news director at Roundhouse Radio (CIRH-FM) Vancouver. His successor hasn’t been named. Marshall had been with the station since its launch in 2015. The move comes just weeks after last month’s morning show shake-up at the independently-owned station that saw Martin Strong replaced with Stirling Faux.

Jason Roberts will join The Bear (CFBR-FM) Edmonton on a part-time basis, starting Aug. 14. Roberts was most recently host of the Wake Up Show with Jason & Kari on UP! 99.3 (CIUP-FM) Edmonton from 2011-15.

Lionsgate has named Jared Goetz to the newly-created position of president of North American Television Distribution. Goetz will head the team responsible for licensing Lionsgate and Starz content across all broadcast, cable, pay-tv, subscription-video-on-demand (SVOD) and other digital platforms in the U.S. and Canada. Prior to joining Lionsgate, Goetz worked for 22 years in a series of executive roles at Disney most recently as SVP Pay Television & Digital Sales and GSM SVOD for Disney/ABC Home Entertainment and Television Distribution. 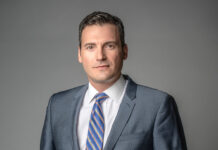 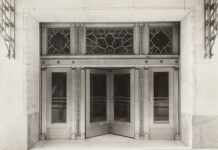 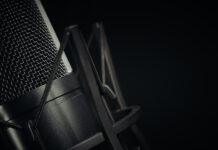