Numeris’ Fall 2019 TV Diary Release indicates that Canadians are spending an average of 15.7 to 22.4 hours per week watching television. The Fall 2019 Diary was released Tuesday, reflecting the period from roughly Oct. 17 – Nov. 20. Kelowna failed to yield enough diary returns to support a release and is being suppressed. Numeris says sample returns were also low in Prince George-Kamloops and is recommending stations use survey averaging when looking at data for that market. The low sample returns, experienced in several small markets in both radio and TV, are the result of a combination of households moving away from landlines and more difficulty recruiting survey participants. 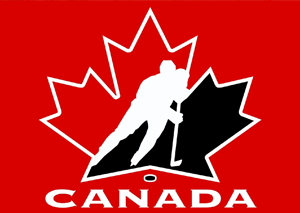 Hockey Canada has announced a long-term media rights agreement with TSN and RDS through the 2033-34 season. The extension ensures that Bell Media’s English and French-language sports networks continue to hold the exclusive, multi-platform media rights to Hockey Canada events, including the IIHF World Junior Championship.  In a release, the broadcaster said World Juniors games make up three of the top five most-watched programs ever on TSN, and nine of the Top 20. It has held the rights since 1991. Read more here. Bell has told its customers it plans to remove AMC from Bell TV as of Feb. 1. Rogers also announced plans to drop AMC in December, however was able to reach a last-minute carriage agreement with the channel. 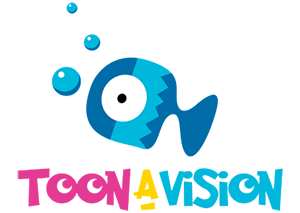 The Canadian Media Producers Association (CMPA) and CTV have announced that the first episode of Cardinal’s final season will screen at the opening of the CMPA’s Prime Time conference in Ottawa. The Jan. 29 gala event, presented by CTV in partnership with Entertainment One, MADE|NOUS, the City of North Bay and Sim, will be followed by a Q&A with series star Karine Vanasse, executive producers Jennifer Kawaja and Julia Sereny of Sienna Films. The panel will be moderated by ETALK anchor and Your Morning co-host Ben Mulroney. The screening will be open to all registered delegates of Prime Time, taking place in Ottawa Jan. 29-31. Corus Entertainment has announced a series of greenlights and renewals for its suite of Global Originals. From SEVEN24 Films and Lark Productions, Family Law (10×60) begins production in Vancouver this spring with casting and pre-production underway. Set in Vancouver, Family Law follows lawyer and recovering alcoholic Abigail Bianchi struggling to put her career and family back together after hitting rock bottom. As a condition of her probation, she is forced to work at her estranged father’s firm, practicing in family law for the first time. Global has also ordered second seasons of dramas Nurses (10×60) and Departure (6×60), in advance of their broadcast premieres. Nurses, produced by ICF Films and eOne, is a coming-of-age series following five young nurses working on the frontlines of a busy downtown Toronto hospital, starring an all-Canadian ensemble cast. From Shaftesbury, Departure is a six-part event series with Season 1 starring Archie Panjabi and Christopher Plummer in the mystery of a passenger plane that vanishes over the Atlantic Ocean. Other Global Originals returning to the network in 2020 include Season 4 of Private Eyes and Season 8 of Big Brother Canada. 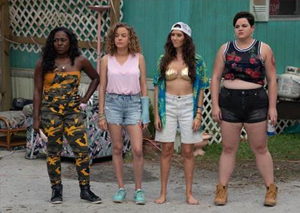 Super Channel has acquired 10-episode half-hour scripted comedy Florida Girls from Lionsgate Television. It makes its Canadian broadcast premiere Jan. 19 on SC Fuse. Each episode will also be available on Super Channel On Demand the day following its weekly linear broadcast. The brazen, original series inspired by the life of creator and star Laura Chinn (The Mick) follows four girls living in Clearwater, FL who confront their stagnant lives when their only ambitious friend moves away to follow her dreams. Fronted by an all-female cast, the series premiered last summer on Pop TV in the U.S. and was recently renewed for a second season. 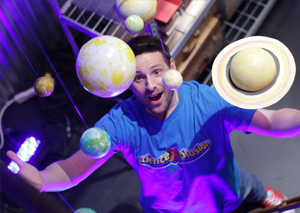 Telefilm Canada has made changes to the Production Program. There will now be two application periods per year for French-language projects with budgets of $2.5 million or more. Telefilm will accept funding applications from Jan. 9-17, 2020 for these projects. Decisions relative to the first application period for the 2020-2021 fiscal year will be announced in the spring. There will be a second application period (summer 2020) for French-language projects of $2.5M or more with a minimum of 50% of funding confirmed. Additional changes: Apart from official-treaty audiovisual coproductions, only projects scripted by Canadians are eligible; A project’s financial feasibility, confirmed within a reasonable time frame, will be considered when evaluating the project. Priority could be given to projects likely to begin principal photography during the fiscal year; A project can be submitted no more than twice under the Production Program, regardless of its budget; and new minimum requirements have been added to demonstrate the producer’s meaningful involvement in projects submitted to Telefilm. Guidelines, eligibility and evaluation criteria are available on the Production Program web page.

Telefilm’s Talent to Watch Program – Funding of First Feature Films and Narrative Web Projects from Emerging Talent will accept new project proposals from designated industry partners March 2-9, 2020. Formerly known as the Micro-Budget Program, it aims to support a diverse array of emerging filmmakers, and accelerate their career development by giving them the opportunity, and the autonomy, to create their first feature film or web series. For the 2020-21 fiscal year, Telefilm is raising its financial contribution for feature film projects to $150,000 to better support projects from emerging talent. Web series will not be eligible under the program starting next fiscal, 2021-22. 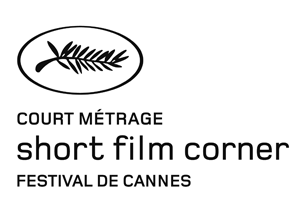 Telefilm Canada is currently accepting submissions for its 10th edition of “Canada: Not Short on Talent” at Cannes, a curated showcase presented at the Short Film Corner, a component of the Cannes Market which runs parallel to the Cannes Film Festival. Running May 18-22, the showcase is designed to promote new short films and Canadian talent to festival programmers and buyers. While the Short Film Corner offers two festival accreditations per film, there is no travel grant associated with the initiative. The deadline to submit your film is Jan. 20. 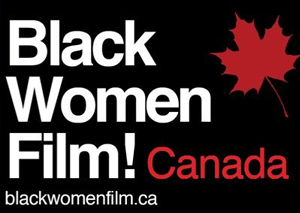 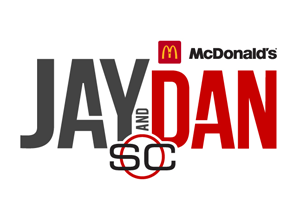 McDonald’s has signed on as the new title sponsor of TSN’s SC With Jay and Dan, hosted by Jay Onrait and Dan O’Toole. The partnership includes a multitude of in-show and on-set integrations, as well as title sponsorship of the hosts’ popular podcast, the Jay and Dan Podcast presented by McDonald’s. McDonald’s will be fully integrated into all of the show’s promotional campaign elements across all platforms on the network.