The Writer’s Guild of Canada Screenwriting Awards are now open for entries. Among the changes for 2020, a new Preschool category has been added, while the Best New Series category has been retired. Submit your scripts, from features to comedy miniseries, before Dec. 1. The call for entries for special categories, including the WGC Showrunner Award, the Sondra Kelly Award, the McGrath Service Award and the Alex Barris Mentorship Award, will be announced in the coming weeks. More details here. Crave will premiere SHOWTIME Documentary Films’ Ready For War, which explores the phenomenon of deported U.S. military veterans, Nov. 22 at 9 p.m. ET. Directed by Andrew Renzi (Fishtail, They Fight), the doc was executive produced by Drake and David Ayer. The film debuted at TIFF and will have its U.S. premiere at AFI Fest in Los Angeles Nov. 19. HISTORY’s Canadian-original documentary special Cheating Hitler: Surviving the Holocaust premieres Nov. 11 at 9 p.m. ET/PT, taking viewers into the emotional childhood experiences of Holocaust survivors Helen Yermus, Maxwell Smart, and Rose Lipsyzc. The two-hour investigative documentary uncovers answers that the survivors – who were just seven, nine, and 10-years-old when WWII began – have had all of their lives. Throughout the doc, the three survivors and family members travel to Poland, Ukraine, and Lithuania, exploring some of the hidden and rarely visited sites where the Holocaust occurred. 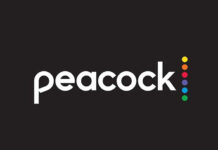 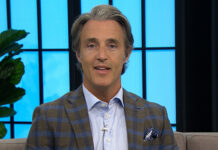