The extent of this week’s layoffs at Bell Media is becoming more evident with word the morning team at Virgin Radio Edmonton (CFMG-FM) was also a casualty.

Ian MacKinnon and Chelsea Bird confirmed the news on social media with MacKinnon finding the silver lining in his post to Facebook.

“Well, I’ve gone almost 14 years in a tumultuous industry without getting canned, and I’m proud of that, but that changes today,” wrote MacKinnon. “My run with Virgin Radio Edmonton has come to an end, but I can’t say it’s all bad news. If anything, this is an opportunity to explore what else life has in store for me. To everyone who has reached out, thank you. A day like today feels like earning a badge of some kind. We give our lives to an industry that plays with our hearts and minds, and it’s pretty nice to know that when the seas get rough, the good people are there to help you navigate the swells. I look forward to whatever comes next. And in the meantime, I’m thrilled to not wake up at 3am.”

Above all else, I’m just SO happy to not wake up at 3am anymore. #silverlinings

MacKinnon had been with Bell Media since 2010 after joining Sun FM (CHSU-FM) Kelowna. He made the move to the Virgin Radio Edmonton morning show in 2015.

“There’s nothing you can do but find a silver lining,” MacKinnon told Broadcast Dialogue Wednesday morning. “It’s one of those situations where both Chelsea and I had sensed that something like this was coming, like everyone in this industry does when it’s about to happen. I’m just looking at it as an opportunity to take some time off to rest my mind and rest my heart and do some soul searching and figure out what the next port of call will be.”

“It does feel like earning a badge…in a way you get to attend your own funeral because so many people reach out and say nice things,” quipped MacKinnon. “I’m just excited to see what happens next and to exploring whatever this crazy business has in store.”

MacKinnon said he was shocked to hear such a large number of staff were affected at the station’s Toronto counterpart. He’s heard unconfirmed reports that a few colleagues at CTV were also part of the job cuts.

“It felt like a big axe had dropped. I just sympathize with them more than anything, but at least there’s a bit of a reprieve knowing we’re all in this together.”

Bell Media would not confirm specific numbers or locations where staff were eliminated, but Scott Henderson, vice-president of Communications, provided Broadcast Dialogue with a statement:

“We’ve reduced the number of positions in some Bell Media departments, which has led to a limited number of departures. The changes reflect the financial pressures facing Bell Media and the overall broadcasting sector as we confront rapid technological change and growing international competition for both viewers and advertising revenue.” 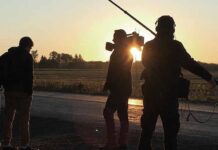 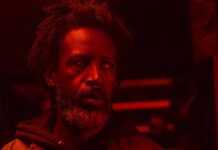 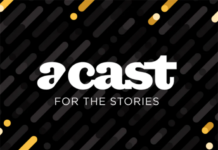