Ben Proudfoot, the Nova Scotia filmmaker behind short documentary The Queen of Basketball, was among the Canadians that claimed Oscar wins on Sunday night. Telling the life story of 1970s basketball superstar Lucy Harris – the first and only woman drafted by the NBA – the winner of Best Documentary (Short Subject) was executive produced by Shaquille O’Neal and Steph Curry. It was Proudfoot’s second nomination with his short doc A Concerto is a Conversation receiving a nod in the same category last year. Other Canadians picking up awards included Patrice Vermette for Production Design on Dune. The Denis Villeneuve-directed picture also claimed the award for Visual Effects with British-Canadian VFX Supervisor Tristan Myles and Vancouver-based VFX supervisor Brian Connor among the accepting group. Dune also won the awards for Film Editing, Cinematography, Sound, and Original Score. Find the full list of winners and nominees here. 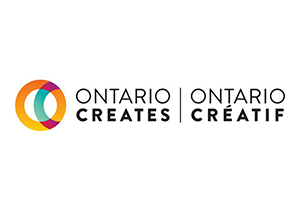 Ontario Creates says the province had a record-breaking year for film and television production in 2021. Ontario reported its highest production levels to date with 394 productions bringing in $2.88 billion in spending. In addition to dollar value, those figures represent over 48,000 full-time equivalent direct and spin-off jobs, up 38% from 2020. Ontario Creates says part of the boom can be attributed to COVID-19 recovery after a brief industry shut down in early 2020, but the growth in production is also a testament to what the province has to offer, including financial incentives, ongoing studio expansion, a diverse talent pool, and a range of film-friendly locations. Among the higher-profile productions made in Ontario last year were Guillermo del Toro’s Oscar-nominated feature film Nightmare Alley; foreign television series like Reacher, The Handmaid’s Tale, and Star Trek: Discovery; and domestic series, including Pretty Hard Cases, Children Ruin Everything, and the long-running Murdoch Mysteries. Read more here. 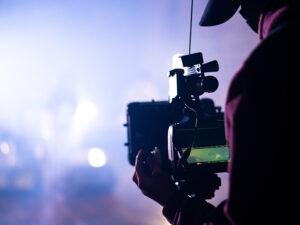 The Banff World Media Festival (BANFF), in partnership with the Indigenous Screen Office (ISO) and Canada Media Fund (CMF), will host the first in-person Indigenous Screen Summit, anchored by a half-day Pitch Forum financing event on June 12 during BANFF. Indigenous producers and creators will have the opportunity to present in-development scripted features, drama series and comedy projects to Canadian and international buyers as well as an industry audience. Complimentary for all 2022 BANFF festival pass holders, the Pitch Forum and Indigenous Screen Summit programming will extend throughout the 2022 edition of the festival, June 12-15, with dedicated sessions highlighting content from Indigenous producers and creators on BANFF’s mainstage.

Shamier Anderson and Stephan James, co-founders of The Black Academy, alongside CBC, Insight Productions, and Bay Mills Studios, have announced that the inaugural edition of The Black Academy’s award show, The Legacy Awards, will air on CBC and CBC Gem on Sept. 25. The live 90-minute telecast is the first major Canadian awards show to celebrate and showcase Black talent and will air from Live Nation Canada entertainment venue HISTORY, in Toronto’s east end. The telecast will feature performances, award presentations, and tributes honouring both established and emerging Black Canadian talent. Committed to hiring Black senior staff and crew members, Insight Productions continues to accept résumés from those who have a passion for live events and award shows at BlackAwardShowResumes@insighttv.com.

Bell Media has greenlit a bilingual anthology series, by and about Black Canadians, that will also serve as a story incubator, supported by the Black Screen Office (BSO). Festivale, a six-part series being produced for Crave, is helmed by francophone executive producers Marie Ka and Richard Jean-Baptiste, and anglophone executive producers, Damon D’Oliveira and Clement Virgo. Bell Media says the collaboration between Crave’s French and English development teams is an answer to the lack of Black francophone stories on mainstream television, while supporting creatives who have not had the opportunity to produce content for a large network. Producer and writer Adam Pettle, known for his work on series like Saving Hope, Burden of Truth, and Rookie Blue, will lend his experience to the hybrid story room where writers will develop episodic ideas they’ll have the opportunity to pitch to Bell Media network executives. Read more here.

Crave new original series We’re All Gonna Die (Even Jay Baruchel) will be available for streaming April 30, in English and French. Hosted by Canadian actor and director Jay Baruchel (Goon, This Is The End), the half-hour, six-part series is a smart, tongue-in-cheek look at the end of the world, drawing on science, psychology, pop culture, and philosophy. In each episode, Baruchel meets his fascination with the apocalypse head-on, as he explores various ways humanity could meet its end including an asteroid Armageddon; nuclear catastrophe; pandemic pandemonium; alien invasion; volcanic cataclysm; and climate apocalypse. 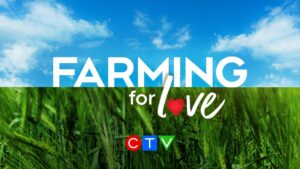 CTV has greenlit new unscripted dating series Farming For Love, an adaptation of the international format The Farmer Wants A Wife. The series will follow the journeys of five rural Canadian singles on their quest for romance. Produced by Lark Productions in collaboration with Fremantle, the CTV Original series consists of 10, one-hour episodes with production taking place later this year in British Columbia. The Canadian French-language version, L’Amour Est Dans Le Pre, is a long-running success on Noovo, currently in its tenth season. Since its premiere in 2013, the show has led to more than 15 couples and 27 children. Casting is currently underway for single, B.C.-based farmers, growers, ranchers, producers, or vintners from all backgrounds looking to find their life partner. 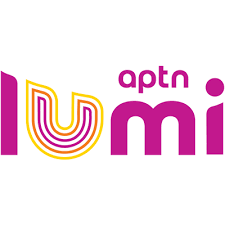 NFB.ca will offer free streaming access to a new slate of diverse projects from NFB studios, starting March 31 and continuing for the entire month of April. Among them is Mathieu Fournier’s feature-length documentary Star Wars Kid: The Rise of the Digital Shadows, and, in commemoration of Earth Day, Jennifer Abbott’s award-winning documentary feature The Magnitude of All Things and Simon Beaulieu’s White Noise. Viewers can also explore digital project, Vimy: A Living Memorial, marking the 105th anniversary of the Battle of Vimy Ridge. Hot Docs Canadian International Documentary Festival will open with Jennifer Baichwal’s Into the Weeds as the festival returns to Toronto screens for the upcoming 29th edition, April 28–May 8. Official selections will also stream nationwide on Hot Docs at Home. From 2,563 film submissions, this year’s slate will present 226 films from 63 countries in 15 programs, and will feature 63 world and 47 international premieres. Hot Docs continues its commitment to gender parity with 49% female directors represented in the official selection. Recent works from Chile will be presented as part of the Made In program, among other festival highlights, including Hidden Histories – a new theme program bringing buried stories to light which will include the world premiere of Unloved: Huronia’s Forgotten Children, exploring the culture of abuse inside Ontario’s oldest government-run home for disabled children.

The Youth Media Alliance (YMA) has announced that this year’s Outstanding Achievement Award will go to puppeteer Michel Ledoux, a 42-year industry veteran, while Francis Papillon, a director, animator, and illustrator will receive the Emerging Talent Award. The YMA’s Awards of Excellence gala, honouring Canada’s best French-language youth programming, will take place May 24 at Radio-Canada’s Salle Jean-Despréz in Montreal. Tickets can be purchased as of April 12 on the YMA website.