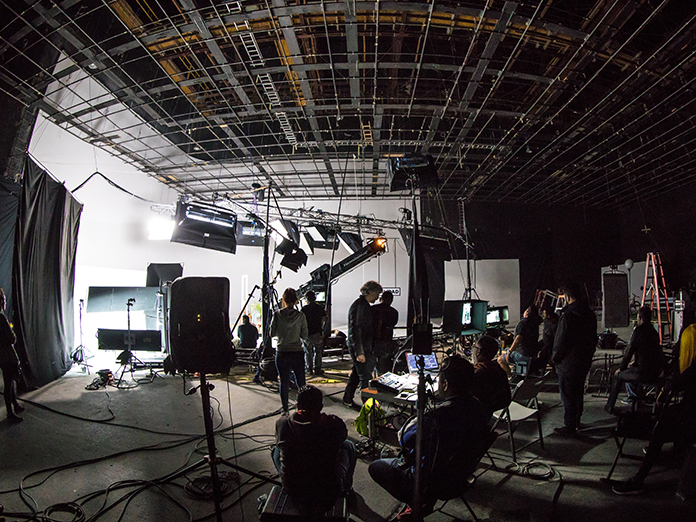 Bell Media’s iconic 299 Queen Street West building in downtown Toronto is set to be temporarily vacated, according to a leaked internal memo obtained by blogTO. The memo indicates that due to construction of the Ontario Line Subway and new towers surrounding the building – which is home to Bell Media Studios, CP24, BNN Bloomberg, The Marilyn Denis Show, and Cityline, among other productions – staff will be temporarily moved to another downtown location. The move is expected to take place in late 2024 or early 2025. The building, which was formerly purchased by CHUM in 1985, was initially home to Citytv and MuchMusic and gained infamy with its ground floor sliding glass partitions that were open to the street, allowing VJs and special guests to interact with the public. 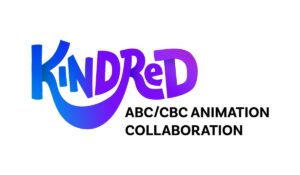 CBC and ABC have announced the Kindred ABC/CBC Animation Collaboration, a joint initiative designed to nurture and support the kids’ production industry by funding new children’s animated projects in Australia and Canada. Building on an existing creative and commercial collaboration to enhance the reach and impact of their content, the two public broadcasters are now partnering in the search for unique, creatively ambitious animation ideas to develop, with the potential for a future co-commission. Canadian and Australian creators and producers can apply from March 28 to May 16. 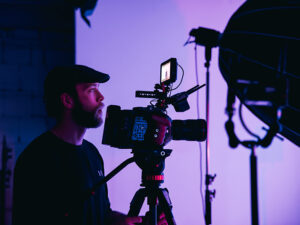 Screen Production Yukon Association (SPYA), Northwest Territories Professional Media Association (NWTPMA), Yukon Media Development (YMD), and the Northwest Territories Film Commission (NWTFC) has announced the creation of the first Northern Canada Producer Accelerator (NCPA), a joint program between the territories. The NCPA also has the unique distinction of being the first program of its kind to be jointly supported by six national Canadian broadcasters and funders: APTN, Bell Media, Blue Ant Media, CBC, Corus Entertainment, and Rogers, all of whom are co-sponsors of the first cohort. Produced by Access Canada, the NCPA will offer training, mentorship, networking, and market access for up to 10 content producers in the Yukon and NWT. The first cohort will be selected through an application process, and will be based primarily around a specific content project in the development stage. Hot Docs has announced the first slate of Special Presentation films for the 2022 Festival. The program returns to in-person screenings as part of the 2022 Hot Docs Canadian International Documentary Festival, running April 28 to May 8 in Toronto and streaming online across Canada on Hot Docs at Home. World premieres include The Talented Mr. Rosenberg, a lurid look into the story of infamous Toronto con man Albert Rosenberg, aka the Yorkville Swindler; Million Dollar Pigeons, an introduction to the wildly competitive world of pigeon racing; and The Quiet Epidemic, an explosive investigation into Lyme disease dating back to 1975. Hot Docs’ full lineup will be announced March 30.

TALLBOYZ is set to make its U.S. debut on Fuse on March 23. Commissioned by CBC from Accent Entertainment and executive produced by Kids In the Hall alum Bruce McCulloch, Seasons 2 and 3 of TALLBOYZ will debut in the summer and fall of 2022 on Fuse. Starring Guled Abdi, Vance Banzo, Tim Blair and Franco Nguyen (the tallest sketch group in the world measuring in at 25’2″ collectively), the troupe tackle everything from vulnerability and politics to anti-racism and bro-life. TALLBOYZ is up for four 2022 Canadian Screen Awards, including Best Sketch Comedy Program or Series.

Great Pacific Media (GPM), a Thunderbird Entertainment Group division, together with SYFY, has announced that Hulu and Prime Video have picked up new 10-episode series Reginald the Vampire in selected territories. Additionally, Cineflix Rights, as worldwide distribution partner, is taking the series to the global market and will debut Reginald the Vampire to buyers at MIPTV in April. Hulu has acquired second-window U.S. rights to the series, produced by GPM with Modern Story, December Films and Cineflix Studios, which is slated for a summer premiere on SYFY. Prime Video in Canada has picked up streaming rights to the series, along with Prime Video in Australia and New Zealand. Based on Johnny B. Truant’s Fat Vampire novels, the comedy-tinged drama is led by Jacob Batalon (Spider-Man: No Way Home) as Reginald. 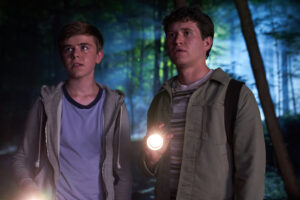 The Hardy Boys’ (10x60min) second season premieres April 4 on YTV with new episodes rolling out every Monday at 8 p.m. and available to stream live and on demand on STACKTV. Based on the Franklin W. Dixon books and nominated for a Daytime Emmy Award and three Canadian Screen Awards, the mystery series – developed and produced by Nelvana and Lambur Productions, in association with Corus Entertainment – features an all-Canadian cast and crew. Returning cast include Rohan Campbell (Virgin River), Alexander Elliot (Locke and Key), Keana Lyn (The Yard), Adam Swain (A Million Little Things), Cristian Perri (A Simple Favor), and Riley O’Donnell (Big Top Academy) with Krista Nazaire (Before We Crash) and Sadie Munroe (Workin’ Moms) joining the cast this season.

Cottage Life’s highest-rated original series Life Below Zero: Canada (8×60′) returns for a second season following a diverse group of characters in different corners of Northern Canada. Based on the Emmy-winning format, the new season of Life Below Zero: Canada reunites audiences with Becky Broderick (aka “the Sue Aikens of Canada”), Bentley Kakekayash, Kim Pasche and Pierre-Yves Duc from Season 1, in addition to newcomer Jonathan Grenier from Kuujjuaq, Nunavik in northern Quebec, a man of mixed Inuit and French Canadian heritage and a father of two determined to teach his sons how to live off the land in a traditional Inuit way. Season 2 premieres March 22 on Cottage Life during the channel’s eight-week nationwide free preview event.

TSN buckles up for the 2022 FIA Formula One World Championship season, beginning with the Bahrain Grand Prix on Sunday, March 20 at 9:30 a.m. ET on TSN, TSN.ca, and the TSN app. TSN’s coverage features practice, qualifying, and live content for every race on the calendar, carrying Sky Sports’ extensive pre- and post-race content, including analysis and commentary led by the voices of F1, David Croft and Martin Brundle. TSN’s coverage is highlighted by the Canadian Grand Prix, with a full-week of analysis on-site at the Circuit Gilles-Villeneuve in Montréal leading up to race day June 19. Auto racing reporter and former professional racing driver Tim Hauraney will deliver Formula 1 news and analysis on SPORTSCENTRE and TSN.ca throughout the season.

TSN will deliver 32 weeks of PBR (Professional Bull Riders) programming for a fifth consecutive year, bringing viewers highlight specials from both the PBR Canada Cup Series, PBR Unleash The Beast, along with the 2022 PBR Global Cup USA. Among other highlights will be the 2022 PBR Canada National Finals in Edmonton. 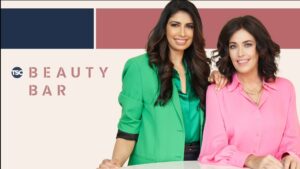 Pooja Handa, co-host of The Pooja & Gurdeep Show on Toronto’s 98.1 CHFI and Carri Olver of TSC are helming the shopping network’s newest show Beauty Bar, highlighting the latest hair and beauty trends, products and tips from experts and influencers. Beauty Bar made its debut March 11 and will air every Friday at 7 p.m. ET on TSC.

Viveka Melki, who with the late Adam Pajot Gendron founded Rimouski-based Tortuga Films in 2006, has launched new film, television and visual arts company, Melki Films Inc. Based in Montreal, its initial slate of productions include Branded (working title) – for CBC’s The Passionate Eye, a documentary about domestic sex trafficking across Canada; The Eric Brunt Collection (working title) – in partnership with the Canadian War Museum, a collection of one-on-one conversations by filmmaker Eric Brunt with some of the few surviving Canadian veterans of World War II; and Alouette, an 11-minute docu-animation film featuring WW2 Hong Kong POW camp veteran Douglas Rees. 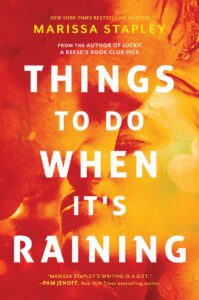 Blink49 Studios has preempted rights to New York Times bestselling author Marissa Stapley’s second novel, Things To Do When It’s Raining. The romantic drama is set in Canada’s 1,000 Islands. Published with Simon & Schuster Canada and Graydon House U.S. in 2018, interest in the novel was renewed after Stapley’s 2021 novel Lucky became the first Canadian novel selected for Reese Witherspoon’s Hello Sunshine Book Club. Blink49 will serve as the studio for the television adaptation.

MTM JR. has released a report looking at children’s TV viewing habits. It finds television continues to face increasingly stiff competition from YouTube and Subscription Video on Demand (SVOD) services. MTM found TV viewing declines as kids age and start discovering more content online via platforms like YouTube. Teens (12-17) are more likely to watch content via SVODs in a typical week (9 self-reported hours) than traditional TV or Youtube. However, they report spending similar amounts of time watching TV and YouTube, with an average of 7.5 self-reported hours spent with both in a typical week. Cartoons are the most popular genre among kids who watch TV, with teens more likely to prefer genres like drama, action/adventure, mysteries, and reality TV. One-third of teens say they always multitask while the TV is on. Communicating with friends is the most commonly done multitasking activity (56%), followed by social networking. 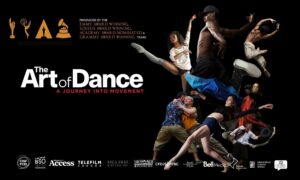 The Art of Dance: A Journey Into Movement is conducting a worldwide talent search for dancers, choreographers, performers and actors for an upcoming feature film set to stream on Bell Media’s Crave and be distributed theatrically by levelFILM. Production companies involved in the project include hiphopfilms.ca, karmafilm.ca, and InnoNative.ca. The film is being executive produced by Spike Lee’s Director of Movement & Choreographer Maija Garcia (She’s Gotta Have It, Chi-Raq, BlacKkKlansman).