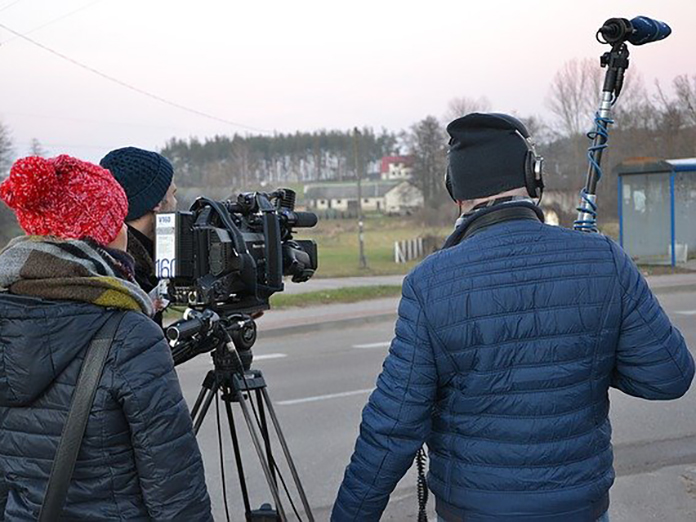 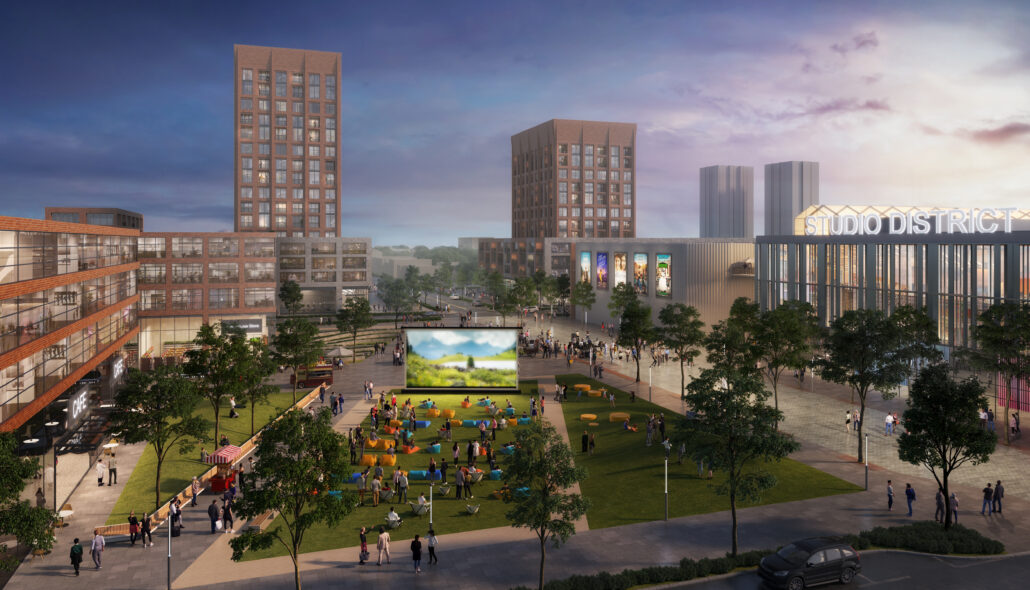 Aeon Studio Group has released the first architectural renderings of its Hamilton Studio District. The live-work-play community for the creative industries – encompassing film, television, gaming, animation and music – is planned for the Barton-Tiffany lands in Hamilton’s West Harbour, the cornerstone of a plan to further build Hamilton into a centre for film, TV and digital media production. Intended to prompt conversation with the community, over the next several months Aeon will host a series of open-to-the-public meetings and launch a dedicated website to collect ideas, concerns and understand community priorities. Aeon’s plan creates a retail corridor of storefronts at street level, on Barton, Caroline and Tiffany streets, with an outdoor public plaza at the heart of the district. Aeon says it will have marshalled investments exceeding $20 million in the Barton Tiffany lands and surrounding area by the end of this calendar year.

Deborah Chow has been recognized with this year’s DGC Visionary Award, by the St. John’s International Film Festival (SJIWFF), and the Directors Guild of Canada. Chow, DGC Ontario Director, has had a directing career that includes work on The Mandalorian, American Gods, The Man in the High Castle, Better Call Saul and Reign. She also directed all six episodes of highly-anticipated Disney+ mini-series Obi-Wan Kenobi, set to premiere in 2022. As the recipient of this award, Chow was tasked with choosing an emerging director to receive the ‘pay-it-forward’ prize, which gives the filmmaker a $2,000 cash prize to go towards their next project. She nominated DGC BC Director and actor Elle-Máijá Tailfeathers, whose 2021 documentary Kímmapiiyipitssini: The Meaning of Empathy, won awards at Hot Docs and DOXA. She also stars in Danis Goulet’s Night Raiders, now playing in theatres. 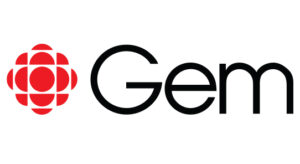 Boss & Co and Portfolio Entertainment have begun production on new CBC Gem YA dramedy series, Homeschooled (10×15). Created, directed, and executive produced by Karen Knox and Gwenlyn Cumyn (Slo Pitch, Barbelle), Homeschooled explores the world of home education as mainstream and fringe teen experiences collide in a unique coming-of-age tale. Production will continue in Toronto and Hamilton until early November, with the series set to start streaming on CBC Gem in 2022. Producing for Boss & Co is Michael Schram, and producing for Portfolio is Lauren Evans, with Lisa Olfman and Joy Rosen serving as Executive Producers. Marushka Almeida (Get Up, Aisha) rounds out the writing team alongside Knox and Cumyn. 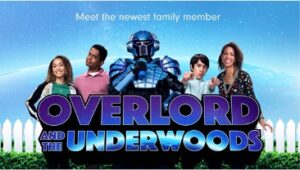 Overlord and the Underwoods (20×30), an original live action, single-camera family comedy from Canadian writer Anthony Q. Farrell (NBC’s The Office, CBBC’s Secret Life of Boys) and co-creator Ryan Wiesbrock (Buddy Thunderstruck, Holly Hobbie), will land on CBC Gem on Halloween weekend. It follows the Underwoods, a North American family whose life is turned upside down when their distant cousin, Overlord, the second most-wanted villain in the universe, seeks refuge in their home after being forced into intergalactic witness protection. The series will premiere in two parts, with the first 10 episodes available to stream beginning Oct. 29, and the remaining episodes in Winter 2022. Produced by marblemedia and Cloudco Entertainment and filmed in Southern Ontario, the series features an ensemble cast including Patrice Goodman (Slasher, Sunnyside), Darryl Hinds (Second City, Little Mosque on the Prairie), Ari Resnick (Odd Squad, Clearwater Kids), Kamaia Fairburn (Endlings, Starfalls), Jayne Eastwood (Hey Lady!), Troy Feldman (Lord of the Rings musical) and Jann Arden as the voice of “R0-FL” — a droid that has spent most of her life by Overlord’s side. 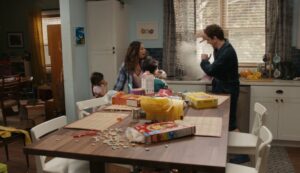 Roku is bringing upcoming CTV Original comedy Children Ruin Everything exclusively to the The Roku Channel in the U.S. The new half-hour comedy from the producers of Letterkenny will join the Roku Originals programming slate in 2022 in a new agreement with New Metric Media. Created by Golden Globe and Emmy Award-winner Kurt Smeaton (Schitt’s Creek, Kim’s Convenience), Children Ruin Everything is about living with the worst roommates of all: young children. It stars Meaghan Rath (Being Human, Hawaii 5-0) and Aaron Abrams (Blindspot, Hannibal). Chuck Tatham (Modern Family, Arrested Development) and Mark Montefiore (Letterkenny, What Would Sal Do?) are executive producers, with Beth Iley (Killjoys) serving as producer.

LISTEN: Women in Film and Television – Canada Coalition (WIFT-CC) in conjunction with Reel Families for Change, has released the results of its Family Care Report—a cross-Canada survey highlighting how the pandemic has compounded child care challenges for women in film. On the latest episode of Broadcast Dialogue – The Podcast, we welcome Reel Families’ Heather and Sean McQuillan and the report’s author, Susan Brinton, to talk about why the industry should be trying to keep more women in the workforce. TekSavvy and its affiliate cable company Hastings Cable Vision, have announced the coast-to-coast rollout of TekSavvy TV in select regions of Manitoba, Saskatchewan, Alberta, B.C., Newfoundland, Nova Scotia, P.E.I., and New Brunswick. Eligible TekSavvy residential Internet customers with a minimum download speed of 15 mbps can subscribe to TekSavvy TV starting at $20/month for basic service and then add theme packages or choose their own channels with TekSavvy TV Pick Packs. The service offers over 150 live HD channels, cloud based PVR service for an additional monthly charge, video on demand, lookback & restart, and the ability to watch selected channels on the go on phones and tablets. 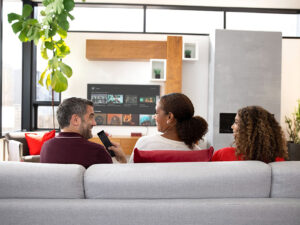 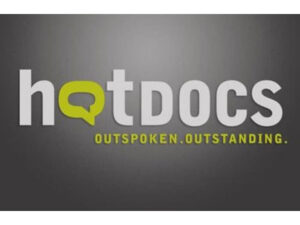 Hot Docs Canadian International Documentary Festival has announced that 10 films—seven features and three shorts—have received development and production grants totalling $245,000 from the CrossCurrents Canada Doc Fund. The fund, established with the support of Netflix, was launched in 2018 and supports a diversity of voices and perspectives. The five-year initiative is meant to address systemic barriers and opportunity gaps that exist within the documentary film community. Read more about this year’s funded projects, here. 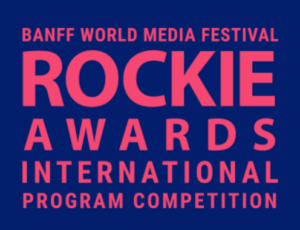 The Rockie Awards International Program Competition is now open to entries across all genres including scripted, non-fiction, digital, kid’s content and podcasts. New for 2022 is a Music Video category and Interactive categories now include video game entries. Category winners, as well as the Grand Jury Prize and other special prizes, will be announced during the Banff World Media Festival on June 14.