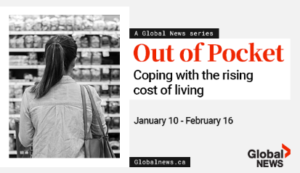 Global News six-part finance special, Out of Pocket, will air during local newscasts across the country from Jan. 10 to Feb. 16. With inflation hitting levels not seen in four decades, the series examines the impact that’s having on Canadians – from small business owners to those on fixed incomes – and how the price of goods, particularly food, can be much different depending on where you live. The special explores the steps individual Canadians are taking to get by financially.

Ryan Singh Productions is about to start production on a documentary on former Member of Parliament Rathika Sitsabaiesan. “Ray Of Hope” will bring her story to the screen in a raw and candid look at the trauma endured by many Tamil families who fled the armed conflict in Sri Lanka on their journey to call Canada home. Singh (Memento: A South African Artventure; H.E.N.R.I.) will direct with Patricia Scarlett (Rasta: A Soul’s Journey) executive producing and Nikila Cole (Wanderings; My Father, Joe) serving as a co-director and production consultant. The doc is set to be released in 2023 to commemorate the 40th anniversary of “Black July,” the 1983 pograms that culminated in the 2009 Tamil Genocide. Sitsabaiesan was the first Tamil elected as an MP and the first woman of a visible minority to represent Scarborough-Rouge River. 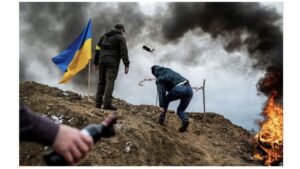 Blue Ant International has announced a distribution and co-production financing deal with Film.UA, Ukraine’s top production studio; Tilt Media in Australia; and GTV Docs in London for six-part documentary series, CITIZENS AT WAR: A Year in Ukraine. The series features exclusive and personal interviews with Ukrainian President Volodymyr Zelensky and his wife Olena and details the trauma and triumphs of the war-torn Ukrainian nation and its people. Set to launch in February on the first anniversary of the invasion, the Australian, Ukrainian and British co-production is executive produced by Chris Hilton, Tilman Remme, Victor Mirsky and Kateryna Vyshnevska. Commissioned by ZDF and with pre-sales in negotiation with additional European networks, the six, one-hour episodes include: The First Ten Days, Zelensky, Women at War, The Volunteer Army, The Siege of Mariupol and The Russians. 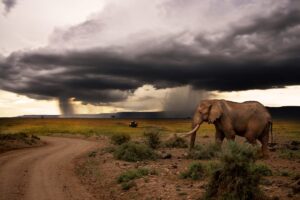 Blue Ant International has announced a major presale deal with BBC America for two Love Nature original documentary productions, Chasing the Rains and Africa’s Wild Year. Chasing the Rains (4 x 60’; 4K & HDR; Maramedia) takes audiences on a journey into one of the most majestic, unspoiled and rarely-filmed areas of wilderness in Africa, narrated by Adjoa Andoh (Bridgerton, Invictus). BBC America previously picked up Africa’s Wild Year (4 x 60’; 4K; Merx International), a  journey set over the course of a single year to 10 different countries on the continent. 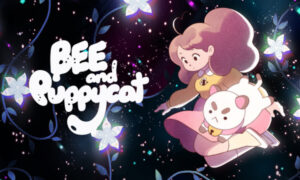 Toho International, the American subsidiary of Japanese studio Toho Co., has acquired a 50% stake in three animated productions owned by Frederator Network, a subsidiary of Canadian animation studio, Wow! Unlimited Media. The multi-million dollar investment gives Toho a stake in Netflix series Bee and PuppyCat; Bravest Warriors, which aired on Teletoon and Disney XD in Canada; and Catbug, a spin off of Bravest Warriors still in development.