The Directors Guild of Canada (DGC) presented the 2022 DGC Awards on Saturday evening in Vancouver at the first-ever West Coast Awards Gala, hosted by actor/comedian/screenwriter Brent Butt. Selected from over 450 submissions this year, winners included Rice Boy Sleeps director Anthony Shim, who accepted the Jean–Marc Vallée DGC Discovery Award; David Cronenberg, who received the Outstanding Directorial Achievement in Feature Film honour for Crimes of the Future; and Madison Thomas, who was recognized with the Allan King Award for Excellence in Documentary for Buffy Sainte-Marie: Carry It On. Guillermo del Toro’s Nightmare Alley picked up a leading three awards in the feature film categories, including Best Production Design (Tamara Deverell), Best Picture Editing (Cam McLauchlin), and Best Sound Editing. On the television side, The Porter, The Handmaid’s Tale, and The Hardy Boys each earned two awards, with Charles Officer recognized with Outstanding Directorial Achievement in a Dramatic Series for The Porter and Melanie Orr recognized with the same award in the Family Series category for The Hardy Boys. Find the full list of winners here.

Warner Media and Netflix, together, shot more television in Canada than all Canadian networks combined, according to the first-ever DGC Director Statistics Report, released by the Directors Guild of Canada (DGC) this week. The report is a comprehensive look at the engagement of Canadian directors by both Canadian and international producers, studios and networks during 2021, breaking down stats by region, gender, production type and those commissioning film & television production. It found that 75% of all episodic work in Canada is from U.S.-based studios and networks, with Canadian broadcasters making up just 25% of TV shot across the country. Canadian directors, on average, directed 41% of U.S.-financed television episodes across the country. While low budget U.S.-based series hire Canadians the majority of the time, high budget series only hire Canadians for 25% of total episodes, the DGC report found. It also found regional imbalance domestically with only 6% of episodes for scripted television series on CBC and CBC Gem produced in British Columbia, despite Vancouver being the country’s largest overall production centre for screen-based content. Only 4% of all productions in B.C. were funded by a Canadian studio or network. Read more here. 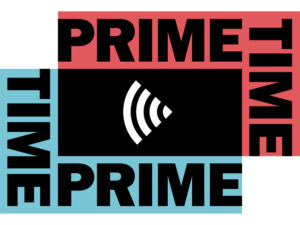 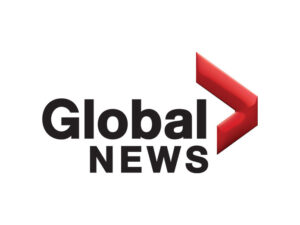 Global News is airing two special presentations, Canada Remembers hosted by Dawna Friesen and No Stone Left Alone, helmed by Farah Nasser. For the 12th consecutive year, Global News has partnered with the No Stone Left Alone Memorial Foundation on the special broadcast to air Nov. 11 at 10 a.m. PT/CT/ET, 11:30 a.m. MT and 11 a.m. AT. The half hour broadcast will feature interviews and highlights from student ceremonies across the country.  Friesen will host one-hour special, Canada Remembers, Nov. 11 at 7:30 a.m. PT, 8:30 a.m. MT, 10:30 a.m. ET/CT (repeated at 10:30 a.m. in Edmonton) and 11:30 a.m. AT, which will take viewers live to the Remembrance Day ceremony at the National War Museum in Ottawa and feature interviews with Candy Greff, this year’s Silver Cross Mother, among others. 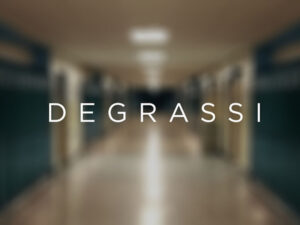 WildBrain says WarnerMedia has confirmed the new Degrassi series announced in January will not debut on HBO Max as planned. The new series – a reprisal of the original teen drama set in Toronto – was to consist of 10 hour-long episodes and was expected to debut in the U.S. in 2023. It was being produced by WildBrain Studios. Back in September, when WildBrain announced its full year and fourth quarter 2022 financial results, the company indicated production had been paused. The 14-season library of Degrassi: The Next Generation continues to stream on the HBO Max platform. 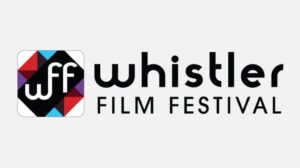 Jason Priestley will receive Whistler Film Festival’s Founders Award. Named for Shauna Hardy and Kasi Lubin who founded the festival in 2001, the Founders Award celebrates a Canadian whose creative and industrious accomplishments have contributed to advancing screen-based arts and culture in Canada. Priestly has worked for more than three decades in all aspects of film and television as an actor, director and producer, amassing an extensive list of credits and accolades that include being inducted into Canada’s Walk of Fame. Best known for Beverly Hills, 90210, Call Me Fitz and Private Eyes, Priestley delivered his feature film directorial debut Cas & Dylan at the festival in 2013, and is returning with his directorial documentary debut, Offside: The Harold Ballard Story. Industry veteran Peter Leitch will be the inaugural recipient of WFF’s Industry Champion Award, celebrating an outstanding member of the B.C. entertainment industry, who has shown extraordinary leadership in and promotion of the sector. Leitch is being recognized for his time serving as President of North Vancouver’s North Shore Studios and Burnaby’s Mammoth Studio, and Chairman of the Motion Picture Production Industry Association of B.C. 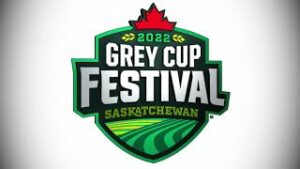 The Canadian Football League (CFL) will welcome country crooners Jordan Davis, Tyler Hubbard of Florida Georgia Line, and Burlington, ON native Josh Ross to the stage at the 109th Grey Cup on Sunday, Nov. 20. The trio’s special collaboration has been made possible through the CFL’s ongoing partnership with Universal Music Canada. The 109th Grey Cup will be played in Regina at Mosaic Stadium with kickoff slated for 5 p.m. local/6 p.m. ET. The sold-out game and Twisted Tea Grey Cup Halftime Show will be broadcast live on TSN and RDS. The 2022 Grey Cup Festival, a province-wide celebration of the game, opens on Tuesday, Nov. 15 in Saskatoon before moving to Regina from Wednesday to Saturday. 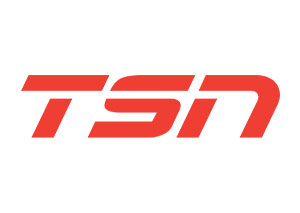 TSN is now available on LG Smart TVs. LG Smart TV owners with models from 2018 and later can now access TSN on the TV’s webOS platform by opening the TSN app using their remote or when available, by saying “TSN” into their LG Magic Remote. Customers that have purchased select LG televisions between Nov. 4 and Dec. 15 of this year and are new TSN subscribers, can receive five months free on LG.