Wilner had worked with Rogers Sports & Media since 1995, starting as an anchor, news and sports reporter with 680 News (CFTR-AM) Toronto, before transitioning to Sportsnet 590 The Fan (CJCL-AM) and the Sportsnet Radio Network in 2001, where he held various roles from off-season anchoring to hosting pre- and post-game shows. Since prior to the 2019 season, he’d been partnered with Ben Wagner on network radio broadcasts.

In a post to his social media, Wilner said his “heart is broken” not to move forward with the Blue Jays broadcast crew, but that he was grateful for getting “to live an absolute dream for the last two decades.”

“Who would have ever thought that a kid who grew up at Bathurst and Steeles in Toronto listening to Tom Cheek and Jerry Howarth through a speaker hidden under his pillow would actually get to sit in a booth with those two legends, never mind actually go on the air with them and call playoff games for my hometown team?,” wrote Wilner.

He went on to thank listeners, as well as mentors and colleagues, including Cheek, Nelson Millman, Don Kollins, Scott Moore, Dave Cadeau, Jason Rozon, and Tom Young, among others.

“Dreams can come true, even though they don’t always last as long as you’d like them to. Thank you all so much, for everything.” 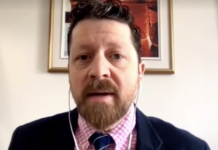