Leonard Cohen, 82, on Nov. 7, peacefully at his home in Los Angeles. The Canadian poet, artist, songwriter and icon attended McGill University in the 1950s where he won his first literary award for poetry and embarked on a career as a writer. CBC’s The Current reports that before becoming a songwriter, Cohen was close to hosting Montreal CBC TV current affairs program Seven on Six, when he called producer Andrew Simon back and told him he had decided to write songs. The year was 1966. Cohen went on to write hundreds of works, including international classics like Suzanne, Tower of Song and Hallelujah. Cohen was made a Companion of the Order of Canada in 2003 and was inducted into the Canadian Music Hall of Fame, the Canadian Songwriters Hall of Fame, and the American Rock and Roll Hall of Fame. He received a Lifetime Achievement Grammy in 2010 and was awarded the Glenn Gould Prize for lifetime achievement in the arts in 2011. His music withstood the test of time, with his 2012 album Old Ideas earning him Junos for Artist of the Year and Songwriter of the Year in 2013, after a career already spanning five decades. His final and 14th studio album You Want It Darker appeared last month, a carefully-crafted last testament.

Janet Wright, 71, on Nov. 14 in Vancouver. Best known for her role as ‘Emma’ on the hit comedy Corner Gas, Wright also appeared on shows like King of Kensington, The Beachcombers, Danger Bay and Due South. She was a veteran of the Canadian stage, co-founding the Persephone Theatre in Saskatoon in 1974 and appearing in and directing more than 40 productions with the Vancouver Arts Club Theatre Company. During her seven seasons at the Stratford Festival, she shone as a director and in many key roles as an actress. In Janet’s memory, CTV will rebroadcast Corner Gas: The Movie on Nov. 26. Vancouver’s Arts Club Theatre Company will be hosting a Celebration of Life for Wright, with further details to be released.

Gwen Ifill, 61, on Nov. 14, after battling endometrial cancer. The veteran journalist and broadcaster started her career in 1977 when there were few college-educated, black women in newsrooms, eventually carving out a niche for herself as a political reporter. Ifill worked at The Washington Post, The New York Times and NBC News, before being named moderator of PBS’s Washington Week in Review in 1999, becoming one of the first black women to host a national political show. Ifill started co-anchoring the PBS NewsHour in 2013 with Judy Woodruff, thus becoming the first female duo to jointly co-host a national nightly news broadcast. They also shared managing editor responsibilities. 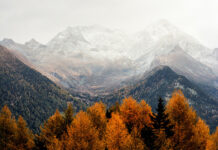 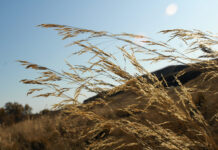