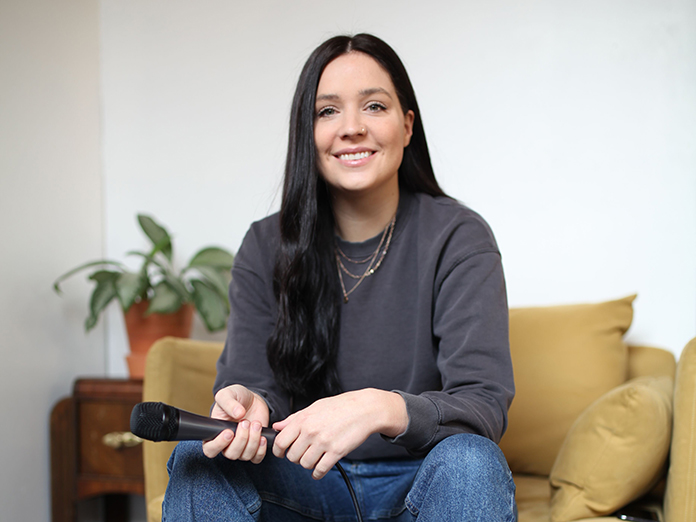 Virgin Radio network personality Shannon Burns is this year’s winner of the Allan Waters Young Broadcaster of the Year Award, in memory of Steve Young, honouring Canada’s best young broadcaster under the age of 30.

Burns will be recognized during a luncheon on Tuesday, June 7 as part of Canadian Music Week’s RadioActive conference.

A graduate of Niagara College’s Broadcasting – Radio, Television and Film program, Burns first got her feet wet in broadcasting as a reporter for Cogeco TV in the Niagara region. She relocated to Edmonton in 2013, working in promotions for Harvard Broadcasting’s HOT 107 (CKPW-FM) and 95.7 CRUZ FM (CKEA-FM), before joining 105.3 ROCK (CKMH-FM) Medicine Hat as morning show co-host.

Burns has been with Bell Media since 2015, starting as a weekend and evening announcer with 104.9 Virgin Radio (CFMG-FM) Edmonton, working her way up to middays, and then moving to evenings on CHUM 104.5 (CHUM-FM) Toronto, while also hosting iHeartRadio Nights. She transitioned to middays on 99.9 Virgin Radio (CKFM-FM) Toronto last August (also heard in Kitchener-Waterloo, London, Windsor, Halifax, Winnipeg, Edmonton, Kelowna and Victoria) and added the iHeartRadio Top 20 Countdown to her duties, which airs across all 12 Virgin Radio stations in Canada.

Burns is the host of pop culture podcast, Pop For Thought, and a successful TikTok creator, boasting almost 650,000 followers and nearly 27 million likes.

“We are so happy to honour young Canadian broadcasters at CMW each year, and Shannon Burns is no exception. Shannon not only excels on the airwaves, but has embraced various platforms to find new audiences. Her generous spirit is undeniable, and we look forward to celebrating her achievements during RadioActive,” said Neill Dixon, President and Founder of Canadian Music Week, in a release.

Burns’ community involvement includes working with Margot Community, an online community connecting women and gender-marginalized individuals with mentors. She uses her large social media reach to help promote issues within the LGBTQ+ community, sexual assault awareness, and other topics, in addition to lending her time to mentoring and speaking to Radio and Broadcast students.

“There are so many incredible radio hosts that I have looked up to in this industry for years that have won this award, so to be honoured next to them is truly incredible,” Burns told Broadcast Dialogue.

The runners-up for this year’s Young Broadcaster of the Year Award were Kolter Bouchard from 102.1 the Edge (CFNY-FM) Toronto, and Tyler Carr of Energy 106 (CHWE-FM) Winnipeg.

We spoke with Shannon Burns on Broadcast Dialogue – The Podcast last year about her meteoric rise as a TikTok creator and embracing multimedia. Listen on your favourite podcast app or here: