Rogers is starting to roll out Canada’s first 5G network ahead of 5G devices becoming available later this year. The Rogers 5G network initially uses 2.5 GHz spectrum in the downtown cores of Vancouver, Toronto, Ottawa and Montreal and will expand to use 600 MHz 5G spectrum later this year. 600 MHz is best suited to carry wireless data across long distances and through dense urban buildings, creating more consistent and higher quality coverage in both remote areas and smart cities. Rogers will also turn on 5G in the Rogers Centre, Scotiabank Arena and Rogers Arena to enhance how fans watch the game in the future as innovation and applications develop. The company says its 5G network will expand to over 20 more markets by the end of the year. Rogers has also announced its membership in the global 5G Future Forum, a 5G and mobile edge computing forum that includes Verizon, Vodafone, Telstra, KT, and América Móvil. Cogeco Communications has announced that its U.S. subsidiary Atlantic Broadband has signed a definitive agreement to purchase Thames Valley Communications, a broadband services company operating in Southeastern Connecticut. The purchase price is USD $50 million. The transaction is subject to customary regulatory approvals and is expected to close within three months. Upon completion of the deal, Atlantic Broadband will add approximately 10,000 customers to its operations in Connecticut. Cogeco CEO Philippe Jetté is continuing to look to expand its presence in the U.S. broadband market.

Cogeco Inc. has announced financial results for the first quarter ended Nov. 30, 2019. Revenue increased by 1.8% year-over-year to $618.5 million, driven by growth of 1.8% in the Communications segment and 3.1% in the Other segment, respectively. Revenue increased in the Communications segment mostly as a result of the American broadband services operations’ growth in both residential and business Internet service customers. Revenue increased by 3.1% in the Other segment due to the acquisition of radio stations from RNC Média inc. during Q1 2019, offset by a soft advertising market and increased competition in media activities. Adjusted EBITDA increased by 5.2% to $290.5 million mostly attributable to higher adjusted EBITDA in the Communications segment resulting from increases in both American and Canadian broadband operations. Corus has released Q1 2020 results, reporting consolidated revenues for the three months ended Nov. 30, 2019 of $467.9 million, consistent with $467.5 million last year. Net income attributable to shareholders for the quarter was $78.1 million ($0.37 per share basic), as compared to $60.4 million ($0.28 per share basic) last year. Television segment revenues were up 1% in Q1 2020, as were advertising revenues. Subscriber revenues were down 2%, but flat on a proforma basis when adjusted for the disposal of TLN. Merchandising, distribution and other revenues were up $2.6 million (15%). Radio segment revenues decreased $3.4 million in Q1, with segment profits down $1.0 million. Segment profit margin of 32% was consistent with the prior year. Shaw’s Q1 2020 report shows a consolidated revenue increase of 2.1% to $1.38 billion and adjusted EBITDA improvement of 8.1% year-over-year to $588 million, in line with expectations (and including the impact of IFRS 16 in fiscal 2020). Adjusted EBITDA growth was approximately 1.1%. Wireless service revenue increased 18.1% year-over-year as Freedom Mobile continues to grow its customer base, including net postpaid additions of approximately 67,000 customers in the quarter. In the Wireline segment, consumer internet net additions grew by approximately 5,600.

Quebecor has announced a plan to electrify all 1,100 in its vehicle fleet. It will initially focus on accelerating the electrification of Videotron’s 900-odd vehicles by purchasing new electric cars and converting gasoline-powered light trucks, using Québec technology developed by Ecotuned Automobile. Between now and 2024, more than $14 million will be needed to transition nearly 200 Videotron vehicles, purchase electric charging stations and upgrade infrastructure. The company says achieving the 100% electric goal will reduce its greenhouse gas emissions by more than 50%. For its part, TVA plans to electrify nearly 60 mass-market vehicles, including those operated by TVA Nouvelles, within five years. It’s also aiming to reduce the number of such vehicles by 10%.

The CRTC has posted its openings for its vacant commission seats in Alberta and NWT and Atlantic and Nunavut. Linda Vennard’s term ended in May, while Christopher MacDonald’s came to an end in June.

The CRTC has released the Internet and Broadband and Retail Mobile portions of its Communications Monitoring Report. It finds that 88.8% of Canadian households were subscribing to internet services in 2018 and 29.0% to broadband services with speeds of 50/10 Mbps and unlimited data transfer. In 2018, residential subscriptions exceeded 13 million (88.8% of the 14.9M households), a 3.5% increase from 2017, more than twice the population growth rate. Cable-based carriers and incumbent TSPs had an 85.5% share of the market by subscriptions while wholesale-based service providers and other facilities-based carriers continued to increase their share of the market, reaching 8.9% and 5.6% of subscriptions, respectively. The retail mobile market remained the largest telecommunications market sector, with revenues of $27.1 billion in 2018, a growth of $2.63 billion (10.7%), over 2017 revenues. Retail mobile represented over 55% of all retail telecommunications revenues in 2018.

CRTC consultation comments on CBC’s licence renewal collected via Facebook from Nov. 25 – Dec. 9 are now available online. Among the comments collected, there are more than a few accusing the public broadcaster of a left-wing bias in its news coverage. In terms of accessibility and discoverability, there are calls to make local CBC newscasts easier to find online, and in regards to whether Canadians see themselves reflected in CBC content, several members of the LGBTQ community raise concerns. The comments submitted in French can be viewed here. 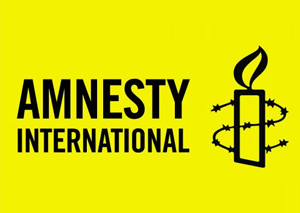 Amnesty International Canada has extended the application deadline for its 25th annual Media Awards to Jan. 17. The awards honour journalistic efforts to increase Canadians’ awareness and understanding of human rights issues. All entries must have been published or broadcast in Canada between Oct. 1, 2018 and Dec. 31, 2019. More info here.

The Canadian Journalism Forum on Violence and Trauma has announced that applications are open for two Canadian awards for excellence in reporting on mental health issues in the workplace, each with a $1,000 prize. The parallel awards for work originating in English and French are known respectively as the Mindset Award for Workplace Mental Health Reporting and le prix En-Tête pour le reportage en santé mentale au travail. The awards are open to journalists writing or broadcasting in the designated language anywhere in Canada, with submission of work first published or broadcast in Canada during 2019. The deadline for applications is Feb. 14.