Robyn Adair has announced she’s retiring from Country 105 (CKRY-FM) Calgary after 32 years with the station.

Over the course of her career, Adair has interviewed country music icons from Garth Brooks, Tim McGraw and Keith Urban to Carrie Underwood and Dallas Smith. She’s also joined country star Paul Brandt on mission trips to Belize and Cambodia.

“These past 32 years at Country 105 have been a dream come true for me. It’s been a ridiculous amount of fun and I have had the chance to do things in this career that I couldn’t have imagined when I was starting out,” said Adair, in an announcement from Corus Entertainment. “It’s long been my dream to be able to retire early and while I have absolutely no doubt that I won’t miss waking up at 3:30 a.m., I will certainly miss Roger, my friends at the station and all the listeners who have welcomed me into their lives. It has been an absolute pleasure and an honour.” 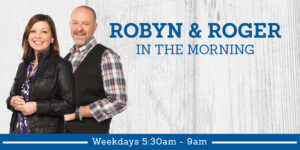 “Robyn is amazing talent and has been a key contributor to the station over the last three decades,” added Ronnie Stanton, Western Regional Program Director. “Country 105 and Calgary mornings simply won’t be the same without her.”

Adair has been teamed on the morning show with Roger Rhodes since 2016, following the retirement of former co-host Doug Veronelly, while Odd Squad personality Dan Carson parted ways with the station in 2019. Corus hasn’t announced its future plans for the morning show.

Originally from Saskatchewan, Adair attended the Western Academy Broadcasting College (WABC) in Saskatoon. She started her radio career in 1985, working in Canmore, Red Deer and Edmonton, before landing at Country 105.

Her last day with Corus is April 30.