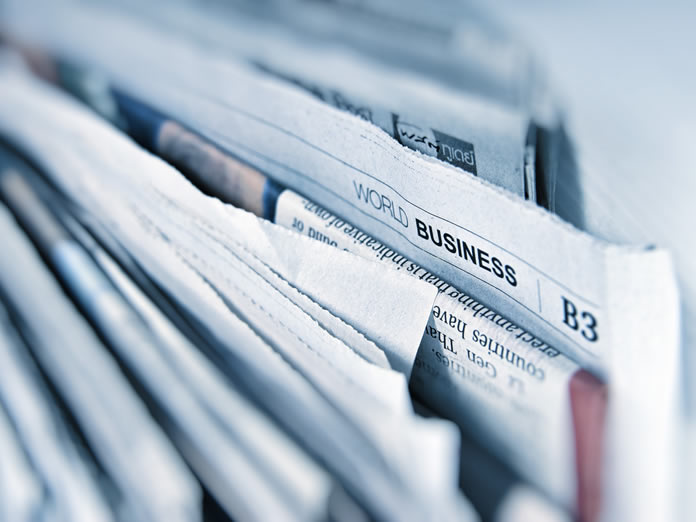 FRIENDS of Canadian Broadcasting has released the findings of a new survey conducted by Nanos Research that finds seven-in-10 Canadians support (26%) or somewhat support (41%) the Government of Canada sending financial aid to failing news providers to keep them from closing down. The survey also found that more than seven-in-10 Canadians support (41%) or somewhat support (31%) increasing CBC’s funding to provide more local news and information. The CBC watchdog is proposing an emergency journalism stabilization fund that would see the public broadcaster pay private media outlets to produce news and information on a freelance basis for use by any news organization, including the outlet that produces it. FRIENDS says this would provide a buffer to insulate journalists from direct payments from the government they are reporting on. The group says Ottawa must also make long overdue structural changes to prevent foreign online media companies like Facebook and Google from unfairly dominating the advertising market at the direct expense of Canadian journalism. The Public Interest Advocacy Centre (PIAC), ACORN Canada (ACORN) and the National Pensioners Federation (NPF) are calling on the federal government, CRTC, and Canada’s internet service providers (ISPs) and Wireless Service Providers (WSPs) to do more for Canadians. Their list of demands includes a call for unlimited internet access and low-income internet and wireless plans to help all Canadians stay connected while isolating at home. John Lawford, Executive Director and General Counsel at PIAC, argues that affordable internet and wireless service is now essential to keep Canadians informed. While most ISPs and some WSPs have offered time-limited, service-specific measures to help consumers, PIAC says these are inconsistent between companies and there is a growing risk of Canadians being unable to afford an essential lifeline to the outside world.

TELUS CEO Darren Entwistle will forgo his entire salary for April, May and June and donate it to Canadian healthcare workers on the front lines of COVID-19 efforts. The Entwistle Family Foundation, established in 2018 by Entwistle and his wife Fiona, will match the donation.

TELUS says it’s working with B.C. school boards to offer its Internet for Good program to students in need. The program provides high speed broadband home internet for $9.95/month. Previously, eligibility for the program was focused on families receiving the maximum Child Care Benefit from the federal government. Already connecting more than 100,000 low-income families in B.C., school boards are working with TELUS to identify those in need of a home internet connection. They’ll also have access to free educational activities through TELUS WISE and the ‘Learn, Do and Share’ hub through a partnership with Microsoft.

Rogers is expanding its COVID-19 community outreach, partnering with Big Brothers Big Sisters of Canada to provide a donation of smartphones, in collaboration with Samsung, and six months free service to ensure families can maintain vital lifelines and social connections. With a spike in domestic violence, Rogers is also partnering with Women’s Shelters Canada to help raise awareness of services available to women in need with ads across its digital and social platforms, including Sportsnet, Citytv and its news radio brands. The new community partnerships build on Rogers’ announcement last week that it’s leveraging its television, radio, digital and social assets for a national awareness campaign for Food Banks Canada to help reach a fundraising goal of $150 million to address acute shortages during the pandemic.

The Canadian Journalism Foundation (CJF) is staging a series of webcasts, hosted by Anna Maria Tremonti, that will focus on the critical role of journalism in the COVID-19 crisis. The first in the series of ‘J-Talk Live‘ specials – an expansion of the foundation’s J-Talks series exploring pressing media issues – will feature BuzzFeed senior reporter Jane Lytvynenko on Recognizing Disinformation Amidst COVID-19. Streaming Thursday, Apr. 9 at 1 p.m. ET, Lytvynenko and Tremonti will explore disinformation around the coronavirus outbreak. Read more here.

The Fédération professionnelle des journalistes du Québec (FPJQ) has won the annual CJF-Facebook Journalism Project News Literacy Award presented by the Canadian Journalism Foundation (CJF) and the Facebook Journalism Project. The FPJQ won for its #30secondes avant d’y croire or #30seconds to Check it Out project, featuring workshops – first launched in high schools – that help students identify misinformation on the internet. The project expanded last year to reach university students and will soon be offered to the general public in libraries. The award, which carries a $10,000 prize, celebrates journalistic efforts that encourage Canadians to better understand and assess the quality of news they consume and to promote news literacy. FPJQ will be recognized at the annual CJF Awards Oct. 30 at The Ritz-Carlton in Toronto.

The Canadian Association of Journalists (CAJ) has revealed the list of finalists for its 2019 CAJ Awards program. APTN Investigates, CTV’s W5, The Narwhal, TVO, Montreal Gazette, Winnipeg Free Press and the CBC News investigative unit are among the programs and outlets with multiple nominations for work broadcast or published last year. Due to the cancellation of the CAJ Conference, which was scheduled to take place in Montreal at the end of May, the winners will be announced online May 30.

The National Photographers Association of Canada (NPAC) has cancelled its 2020 NPAC Conference, trade show and National Pictures of the Year Gala planned for Apr. 24-25 in Montreal. NPAC will still announce the winners of this year’s awards, recognizing excellence in photojournalism, on Apr. 25.