By Lisa Blackburn with Shawn Smith

Five years ago the entire radio industry in the United Kingdom – including public broadcaster BBC Radio and commercial radio broadcasters alike – did something previously unthinkable. They sat down and agreed to tackle their industry’s challenges with regard to digital streaming, together. They created a consortium to build and launch one common platform for all which would be called Radioplayer – a digital radio streaming service that is now available on iOS, Android, and through a desktop player. Now Radioplayer is crossing the pond with Canada becoming the seventh country (the first outside Europe) to launch the digital streaming app. Radioplayer Canada will allow listeners from coast-to-coast to enjoy almost 500 radio stations on their connected devices, anytime, anywhere… and in both official languages.

However, one company that won’t be part of the consortium is Bell Media. It announced a partnership with U.S. based streaming service iHeartRadio in January.

Launching later this year, Radioplayer Canada will give listeners immediate access to their favourite entertainment, news, sports and talk radio content. Users will be able to access live and past radio broadcasts across the country through the Radioplayer browser-player, and on connected devices through the iOS or Android app, including integrations with Apple CarPlay, Android Auto, Chromecast, and smartwatches.

Julie Adam, Senior Vice President, Rogers Radio and the CEO Radio Council member who is leading the partnership, said the move gives listeners unprecedented access to content from Canada. “The way Canadians listen to radio is changing,” she said. “Radioplayer gives our listeners access to their favourite local stations and allows them to discover others across the country.”

Michael Hill is the Founder and Managing Director of Radioplayer UK. He told Broadcast Dialogue when the service launched in 2011, the technology of the day made it a challenge to listen to radio on a computer.

“I know it’s impossible to imagine a time before smart phones and tablets, but there was one and it was when people used laptops and computers to do their browsing,” he said. “It was incredibly difficult to listen to the radio on your computer. It was a problem we were trying to solve.”

Hill said with radio stations all using different platforms, trying to listen online was often awkward with listeners having to download different players.

When Radioplayer launched, Hill said streaming content was still fairly new and low risk for radio stations. “They knew they didn’t have much to lose,” he said. “There was only stuff to gain by doing this together.”

Hill explains that Radioplayer is different from other internet radio web tuners in that it is much more flexible and allows participating stations to keep their identity.

“We pitched an idea that was going to solve the user problem,” he said. “While allowing stations and groups to retain control over their streaming commercial arrangements and actually have their branding still.”

From the moment it launched in the UK, Radioplayer caught the notice of radio industry leaders from around the world who recognized the opportunity it presented. “We have to give some initial credit to Pat Bohn and his company for bringing the idea to Canada,” says Jule Adam. “He was really the one that brought it to the broadcasters.”

In every country where Radioplayer has been rolled out, it’s been done by a consortium of broadcasters. “It’s radio owning radio,” Hill said.

This spirit of cooperation appealed strongly to the Canadian groups and sold the CEOs. According to Julie Adam, being able to work together as a radio community is key. “It’s really exciting, we’re really pumped about that,” she said.

Hill maintains this approach has created harmony and mission alignment among radio partners everywhere it has been deployed. The motto is “Agree on technology, compete on content,” he said.

Radioplayer offers broadcasters consistency. With ever changing technology, it is difficult for radio stations to keep up with the newest players and methods of consuming content. Hill says Radioplayer solves the problem of keeping radio compatible with all the different platforms because their programmers are constantly evolving the technology.

Creating and maintaining the Android app proves a particular challenge because of the various versions of Android available. Hill said the key is in the testing process. “We’re very good at that, so our Android Radioplayer app is undoubtedly the best in the world,” he said.

Hill said he welcomes both Radioplayer and iHeartRadio apps to Canada. “It’s all good,” he said. “It’s all about the strategic growth of radio, so if we can make radio easier to find and use, let a thousand apps bloom. It’s fine.”

Next up for Radioplayer Worldwide is a tweaking of the organization so the various countries using the platform can work with each other to create more technology to benefit radio. “We need to come up with a way [all of] radio can talk with one voice,” Hill said.

The Radioplayer experience in the United Kingdom and Europe has been extremely positive. Julie Adam adds, “They’ve turned the advertising and revenue around in the UK and radio is doing well, both public and commercial radio are doing extremely well.”

In Canada, the radio industry has taken a giant leap forward into the future by uniting so many groups and adopting one proven technology platform to serve the needs and desires of listening public.

In the end, Adam said Radioplayer is a superior technology. “The product is really well built and it’s simple and it simplified the listening experience.” 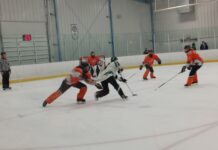 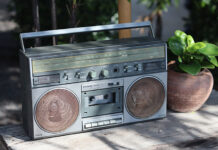