CKNW Vancouver celebrated its 75th Anniversary with listeners and staff, past and present, at the Anvil Centre in New Westminster last Thursday, steps from where the first broadcast took place on Aug. 15, 1944. Harvard Broadcasting debuted the emerging “Classic CHR” format on its newly-rebranded Power 107 (CJNW-FM) Edmonton on Thursday. Christian Hall, Harvard’s National Program Manager, said with three Top 40 stations in the market, it was time for the station to move on to its next incarnation. The format tweak is being accompanied by a shuffle of the station’s on-air talent. Ryder and Lisa will continue to host mornings while Johnny Infamous moves from drive to middays. Former midday host Hannah Witherbee and Jake Ryan, who previously did evenings, will team up on afternoon drive. Witherbee also retains her music director role.  Market fixture Gary James will also return to the airwaves to host the Power 25 Countdown on weekends, which will jump back and play the 25 hottest hits of a particular year. Read more here. Rogers has reintroduced the JACK FM format to Vancouver Island. KiSS 103.1 (CHTT-FM) Victoria rebranded to JACK 103.1 last Thursday, the format the station held prior to its Feb. 2015 flip to modern hit radio. The move follows the station’s release of its on-air staff earlier this month including morning show hosts Dez Fernando and Jay Hatton, and Johnny Novak, who hosted afternoon drive. Later this month, JACK Mornings with David & Heather, co-hosted by David Larsen and Heather Backman, will make its debut with Larsen also filling the role of program director. Up until July, Larsen co-hosted the morning show on Kelowna classic rock station K96.3 (CKKO-FM) with Tony Peyton for a decade, and served as program director. Backman joins JACK from 100.3 The Q (CKKQ-FM) Victoria, where she co-hosted the afternoon drive show. Read more here. 88.7 FM The Bay (CKAR-FM) Huntsville, ON was the target of an arson attack this month that took the station off-air briefly. Vandals reportedly broke into the station’s transmitter facility in Dwight, ON, sometime between Aug. 7 and 9, poured accelerant on the equipment and lit a match. Smoke and soot from the blaze caused the transmitter to fail overnight with engineers able to get the station back up and running at a quarter of its normal power. Canadian Microwave and Hunters Bay Radio are offering a $1,000 reward for information leading to an arrest in the incident. CBC has announced that it’s developing five of its popular podcasts into television series. The announcement was made at Podcast Movement 2019 in Orlando. The original CBC Podcasts to be adapted for the screen include: David Ridgen’s Someone Knows Something (First Generation Films, scripted), examining unsolved cases of missing or murdered individuals; Uncover: The Village (Noble Entertainment, documentary), exploring two waves of unsolved murders in Toronto’s Gay Village, 40 years apart, following the arrest of Bruce McArthur in January 2018; Personal Best (3Arts Entertainment, unscripted), a self-improvement podcast celebrating small ambitions, half-wins, and getting less bad at things; Tai Asks Why (Irwin Entertainment, unscripted) featuring 12-year-old boy genius Tai Poole on a mission to find answers to life’s biggest questions; and Alone: A Love Story (Sienna Films, scripted), a raw memoir about love, marriage and life after betrayal. QUB, the digital radio and podcast platform launched by Quebecor last October, is expanding its offerings by introducing a customizable morning show that listeners can build based on personal preferences. Dutrizac sur mesure, hosted by radio veteran Benoit Dutrizac, will allow listeners to  choose from current events segments, interviews, and daily newscasts. Available on the homepage of the QUB radio app, at qub.radio or via the Apple Store or Google Play, listeners can click on the customization function, and select and rank the segments they want to include in their playlist. Mathieu Turbide, Quebecor’s Vice-President of Digital Content, says on-demand content is the future of radio. Read more here. Podcast Movement, which just wrapped up its 2019 edition in Orlando, has announced plans for an even bigger event in Dallas next August. It will also host new offering Podcast Movement Evolutions this February in Los Angeles, which promises to bring Hobbyist and Professional podcasts together with industry professionals, taking a deep dive into the industry’s ever-changing landscape 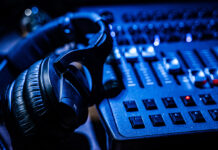 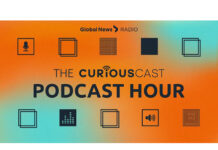 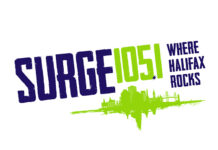