Karen Steele, Program Director at 99.9 Virgin Radio (CKFM-FM) Toronto, has been named the 2022 recipient of the Rosalie Award by the Radio Trailblazers. Named in honour of the late Rosalie Trombley – the legendary music director of CKLW-AM “The Big 8” Windsor/Detroit – the award recognizes Canadian women who have blazed new trails in radio. Steele started her radio career as the Program Director of CRNC, the campus station at Niagara College, while studying in the broadcasting program. She joined 97.7 HTZ-FM St. Catharines as a “cruiser girl” in 1990, and seven years later was promoted to Program Director. After a one-year detour to Corus Radio to work as APD and Promotions Director at Energy Radio 107.9 (CING-FM) Burlington, she returned to Standard and MIX 99.9 Toronto, working her way up to Director of Promotions for MIX, 97.3 EZ Rock (CHBM-FM), and Newstalk 1010 (CFRB-AM). In 2005, she was elevated to Program Director of MIX 99.9. After another brief detour into publicity and promotions for Warner Bros. in 2009, Steele joined Rogers’ KiSS 92.5 (CKIS-FM) Toronto as PD. She made the move to Bell Media in 2016, initially programming 105.3 Virgin Radio (CFCA-FM) and KFUN (CKKW-FM) Kitchener, before joining 99.9 Virgin Radio Toronto in her current role in 2017. Read more here. 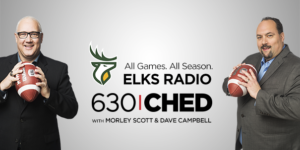 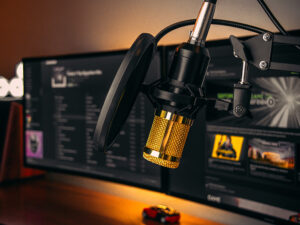 STARS Air Ambulance in Saskatchewan says its two-day Critical Care on the Air Radiothon, broadcast April 13-14 on 37 stations across the province, raised $403,940. That’s over $60,000 more than last year’s fundraising efforts. The radiothon ran for 12 hours each day. 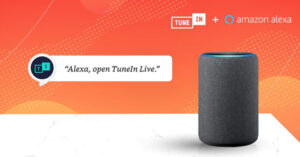 TuneIn has announced the launch of TuneIn Premium on all Amazon Alexa-enabled devices in the U.S. Alexa customers are now able to access the entire library of TuneIn Premium content, which includes live sports, commercial-free news, and music from CNN, Fox News Radio, CSPAN, MSNBC, CNBC and Bloomberg, as well as live MLB, NFL, NHL and college sports programming. Following a three-month free trial, TuneIn Premium users will be charged $9.99 USD per month. TuneIn can now be accessed in 100 plus countries through a variety of connected devices.

The Sound Off Media Company has announced a partnership with Poddin.io for transcription for The Sound Off Podcast and other shows on its podcast network. Effective with episode 295, a downloadable transcription will be included for each show. Transcriptions will also be added to more popular episodes like those featuring Sheri Lynch, Tara Sands, Tom Leykis, Terry O’Reilly and Dean Blundell.

LISTEN: On the latest Sound Off Podcast, Matt Cundill talks to voiceover artist (and second cousin) Geoff Allan, who who’ve likely heard on ads for everything from Burger King to Bud Light. Allan, who didn’t pursue voiceover work until his 50s following a career in hotel management, talks about his journey from suites to studios as a shining example that it’s never too late to start doing what you love. Listen on your favourite podcast app or here: