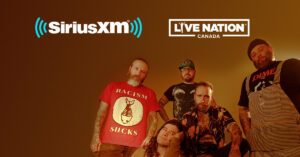 SiriusXM Canada has announced a new multi-year partnership as Live Nation Canada’s official music streaming partner. SiriusXM will be on-site at Live Nation Canada events and venues, including RBC Echo Beach, Budweiser Stage, and festivals like Born & Raised, FVDED in the Park and Osheaga. On-site activations will include an exclusive branded lounge area, live broadcasts, VIP access and fan experiences. As part of the partnership, SiriusXM subscribers will also have a series of exclusive perks including chances to win tickets to Live Nation events or cash that can be redeemed towards event tickets at ticketmaster.ca. To celebrate the partnership and return of live events, Alexisonfire will perform a free show on April 27 at HISTORY, Live Nation Canada’s new Toronto entertainment venue. The concert will be broadcast at a later date on SiriusXM’s The Verge (ch. 173).

The Toronto Blue Jays road game radio broadcasts will be called from a studio in downtown Toronto as Rogers Sports & Media has decided not to send play-by-play announcer Ben Wagner on the road this season. As first reported by The Canadian Press, Sportsnet hasn’t revived last season’s move to simulcast the television broadcast on radio, however radio play-by-play announcer Wagner will call away games using two 60-inch monitors – one with the regular Sportsnet feed and the other with an overhead view of the ballpark. Other monitors feature a bullpen cam and scoreboard feed.

Roz Weston, co-host of The Roz & Mocha Show which originates from KiSS 92.5 (CKIS-FM) Toronto, has announced a book deal with DoubleDay that will see him publish a memoir this fall. A Little Bit Broken will detail the radio and Entertainment Tonight Canada personality’s life from kicking an opioid addiction to recovering from bad choices. Available now for pre-order, the memoir will come out Sept. 27. 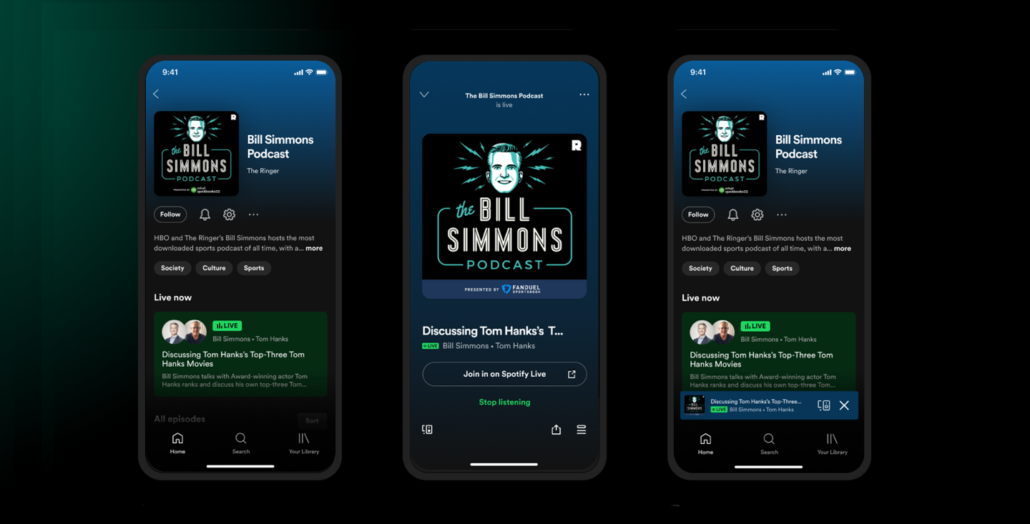 Spotify Greenroom is now Spotify Live as the streamer brings its live capabilities directly onto the Spotify app. Spotify says the change “reflects our belief in the future of live-audio creators and live experiences being provided to all 406 million Spotify listeners around the globe.” To start, live audio in the Spotify app will be made available for select original programming, while independent creators who wish to go live will still be able to do so in the Spotify Live app. Programming kicking off the live audio rebrand includes a Swedish House Mafia album release party, live from the desert, on Friday, April 15.

LISTEN: After more than two decades on-air together, Clay St. Thomas and Karen Daniels are ending an epic run co-hosting mornings on Pattison Media-owned JR Country (CJJR-FM) in Vancouver, going out on top as the #1 music station in the market. Clay & Karen join us on Broadcast Dialogue – The Podcast ahead of the show’s retirement to reflect on their longevity, what makes a successful on-air duo work, and what’s next, beyond sleeping in. Listen on your favourite podcast app or here:

LISTEN: On the latest episode of the Sound Off Podcast, Matt Cundill speaks to Chris Ash about his journey from the UK to Saskatchewan, and eventually 94.3 NOW! Radio in Winnipeg, where he is now. You’ll hear about his humble beginnings in Kettering, near London, how he fell in love with broadcasting, and how he’s honed his skills through years of hard work, along with a dash of charisma. Listen on your favourite podcast app or here: