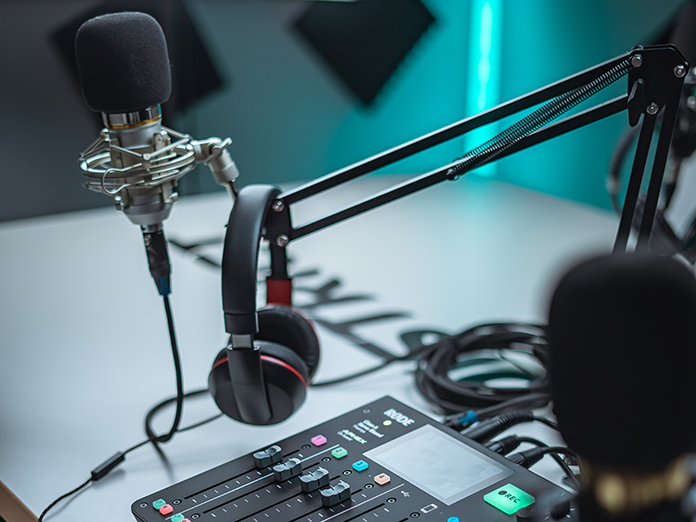 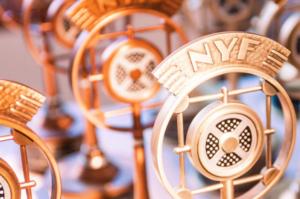 CBC/Radio-Canada won across 14 categories at the New York Festival Radio Awards. Gold wins included Q with Tom Power, which won Best Interview for his conversation with Michael J. Fox, and Radio-Canada’s DÉRIVES which won Best Narrative/Documentary Podcast. Carol Off of CBC’s As It Happens won Silver for Best Radio Personality, Network/Syndicated, while CBC Podcasts’ Brainwashed also won Silver for Best Serialized Podcast, along with This Is Not A Drake Podcast in the Best Music Podcast category. Rogers Sports & Media’s CHEZ 106.1 Ottawa also picked up a Gold trophy for Best Public Service Announcement Promotion for its Chez Stafe – Shoot to Thrill initiative. Find the full list of winners here.

The CRTC has denied an application for a low-power ethnic (Mennonite) radio station in La Crete, AB. The applicant, Abram Zacharias, on behalf of a not-for-profit corporation to be incorporated, proposed to devote at least 60% of programming each broadcast week to ethnic programming, including 56% to third-language programming (Low German/Plautdietsch) and four per cent to English-language programming. The remainder of the programming would be wrap-around programming, which would consist of content primarily from online service PlautPot, broadcasting news on Mennonite communities around the world. While the commission found the station would have little impact on those already serving the market, it had concerns about the limited amount of local programming proposed and whether it would adequately reflect local issues or help the local community better participate in Canadian society and bridge the cultural gap with the existing English-speaking community.

Karin Larsen, longtime CBC Vancouver sports reporter, producer and digital journalist, is being inducted into the B.C. Sports Hall of Fame. Also a World Champion synchronized swimmer and former Olympian, Larsen is being recognized as one of the first women in sports broadcasting. Radio and television broadcaster Barry Macdonald was also honoured with an Eric Whitehead Inspired Service Award, named after the former sports editor of The Province newspaper. Macdonald has covered sports for CBC TV, and hosted CKVU sports magazine show Sports Page, as well as TSN 1040 (CKST-AM) Vancouver. 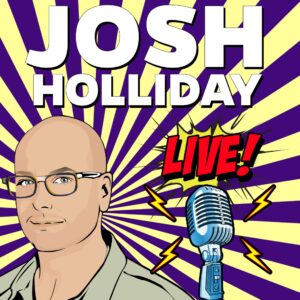 Josh Holliday Live! is joining a revamped Sauga 960 AM (CKNT-AM) lineup. Holliday is bringing his weekly podcast/livestream to the Mississauga station, Fridays at 3 p.m., starting Oct. 15. The former afternoon drive host at X92.9 (CFEX-FM) Calgary and current CBC contributor, says the show will be reimagined for his new audience. 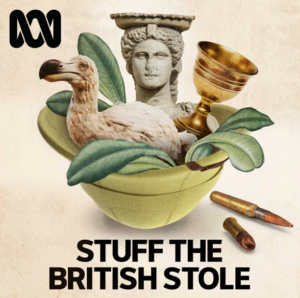 CBC has announced new additions to its Fall 2021 podcast slate, including Stuff The British Stole, a series about the not-so-polite history behind artifacts locked up in respectable institutions around the world, hosted by Marc Fennell. As announced by the Australian Broadcasting Corporation (ABC), Season 2 is produced in partnership with CBC as part of an ongoing creative and commercial collaboration with ABC to boost the reach and impact of their content across both countries and around the world. Also joining the CBC Podcasts slate is Carrie Low Vs., the story of one woman’s battle to change how rape investigations are conducted in RCMP detachments nationwide. The investigative podcast is hosted by Halifax-based journalist Maggie Rahr. Sirius XM has entered into a new creative agreement with L.A.-based podcast and audio entertainment studio, Audio Up. Under the agreement, Audio Up will create new original scripted podcasts for SiriusXM, the SXM App and Stitcher, while also collaborating to develop new audio entertainment concepts and forge promotional and distribution synergies across SiriusXM properties. The agreement gives SiriusXM an exclusive “first-look” co-production option for new Audio Up original podcast concepts and distribution, as well as exclusive rights to manage and sell advertising inventory and sponsorship in connection with any podcast produced for SiriusXM. A variety of Audio Up’s back catalogue titles will also be available via Stitcher and the SXM app including Halloween in Hell: a four-part scripted music/horror mini-series, featuring Machine Gun Kelly and 24kGoldn; and Make It Up as We Go: the first-ever scripted country podcast musical, executive-produced by Miranda Lambert, who plays herself.

Canadian Music Week (CMW) has announced that its 40th Anniversary event will take place in person April 19-23, 2022, across a variety of venues in Toronto. The CMW Conference, Canada’s largest and longest-running industry conference, will be headquartered at the Westin Harbour Castle in downtown Toronto. More details will be announced in the coming months. 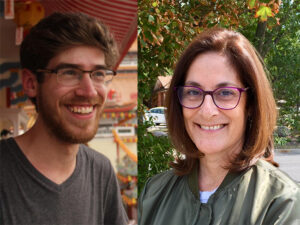 LISTEN: Like a lot of legacy publications, The Canadian Jewish News has had its ups and downs in the new digital reality, even facing closure at one point. But the pandemic has spurred a digital-first rebirth of the publication that includes a revamped podcast network focused on telling uniquely Jewish Canadian stories. On the latest episode of Broadcast Dialogue – The Podcast, we welcome Michael Fraiman, Executive Director of the CJN Podcast Network, and journalist and author Ellin Bessner, the host of The CJN Daily, to talk about the relaunch, its challenges, and the advantages of being niche media.

LISTEN: Rob Braide is on the latest Sound Off Podcast. The 30+ year industry veteran and current Chairman of the Board for the National Music Centre in Calgary talks with Matt Cundill about his history in Montreal radio, including CHOM, CJAD, and FM96, among other stops. Listen on your favourite podcast app or here:

FEATURE: In his latest column The New Hub and Spoke: Balancing Strength and Freshness, veteran programmer Sean Ross of Ross on Radio explores the need for freshness in current-based formats like Mainstream Top 40. As Ross notes “Freshness and strength weren’t always mutually exclusive. Power rotation was always supposed to be the place where strength and freshness intersected.”