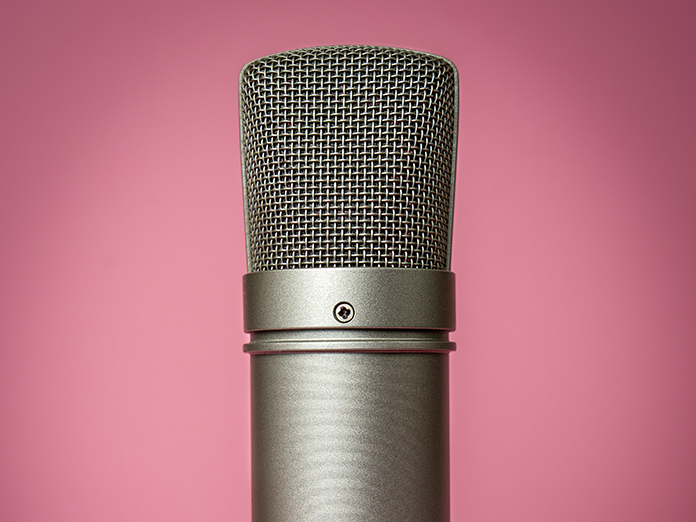 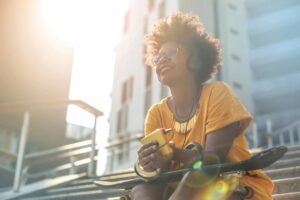 Media Technology Monitor (MTM) has released its Audio Streaming report looking at the growing penetration of at-home connected devices, with a focus on music listening on YouTube, music streaming services, AM/FM radio streaming and podcasts. Key findings include that streaming audio is most popular among students and younger Anglophones with 94% of those under the age of 35 having streamed audio in the past month. The report also looked at COVID-19’s impact on audio streaming. Compared to Fall 2019, the most significant change in Spring 2020 was a noticeable decline in the use of streaming music services (47% to 42%) and even more so, podcasts (31% to 21%). MTM says AM/FM radio streaming has remained relatively stable over the past five years. Unlike many other forms of audio, AM/FM streaming is less common among students (19%) and more common among 35-49 year olds (30%). When looking at Francophones, COVID-19 hasn’t changed online audio listening habits, however comparing Fall 2019 and Spring 2020, an increase in listening to music on YouTube (from 58 to 66%) and a decrease in use of streaming music services (from 39 to 33%) was observed. One in four French speakers listens to AM/FM radio online, with Francophones aged 35-49 (32%) more likely to listen to the radio continuously.

Bell Media is seeking to amend its condition of licence for TSN 690 (CKGM-AM) Montreal, in an attempt to reduce the number of hours devoted to local programming during the broadcast week from 96 to 63 hours. In its application, Bell says at present, 96 of the 126 programming hours in the broadcast week are locally produced, including sports updates, as well as approximately 90 minutes of traffic reports.

TSN Radio 1050 (CHUM-AM) Toronto has announced new noon-hour radio program, The Lunch with Andi Petrillo. Airing weekdays, the show will feature Petrillo in conversation with personalities from the world of sports as well as roundtable discussions on the impact of COVID-19 on major league sports, athletes and mental health, athlete activism, and issues facing minor hockey. TSN 1050 says Leafs Lunch, which ordinarily runs in the noon – 1 p.m. ET timeslot,  will return to the airwaves along with the 2020-21 NHL season, with Petrillo as host.

Gord Martineau and Dr. Fabio Varlese are co-hosting Aging Better in Uncertain Times, a new show for Evanov Radio Group. Covering topics from COVID-19 to mental health and living longer, the program is airing Sunday mornings at 8:30 a.m. ET on Jewel 88.5 (CKDX-FM) Toronto. It will also be available as a podcast on major streaming platforms.

BC Association of Broadcasters (BCAB) has begun announcing the winners of its annual awards, starting with the Radio Creative categories. Winners so far include Red 89.1 FM (CKYE-FM) Vancouver for Best Commercial Creative (Large Market) and The Wolf 106.9 FM (CHWF-FM) Nanaimo in the Small Market category.

Apostrophe Podcast Network has launched its latest podcast series The Miami Chronicles, the first in a non-fiction anthology about crimes that took place throughout the Miami area. Season One, entitled “Booby Trap”, looks at the 1979 murder of 14-year old boy scout Richard “Richie” Brush Jr., who was killed by a booby trap set up by his scout master. As told by Brush’s childhood friend Michael Fragomeni and co-host James Archer, the series uses original sound design and first-hand storytelling to transport listeners to the late 1970s, illustrating how the tragic death wasn’t just a break-and-enter gone wrong, but the string unraveling a web of secrets. Apostrophe launches the series with Acast, which is distributing and monetizing the show. 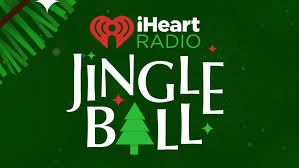 iHeartMedia’s annual Jingle Ball will be carried live on Virgin Radio stations across the country on Dec. 10 (9 p.m. ET/PT), in addition to the iHeartRadio Canada YouTube channel. This year’s performers include Billie Eilish, Dua Lipa, Harry Styles, Shawn Mendes and more. The virtual event will invite listeners into the homes of artists who’ll share personal holiday traditions and perform their hits as well as covers of familiar holiday songs. 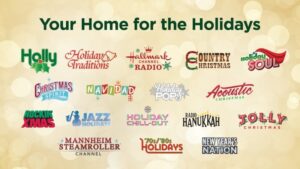 The Radio Starmaker Fund board of directors has announced the creation of a new program dedicated to supporting music creation by members of the Canadian industry who are Black, Indigenous, and People of Colour. Effective immediately, the funding stream is available to eligible musicians who have not yet met Starmaker sales criteria. The “stepping stone” program is aimed at removing barriers that prevent otherwise eligible applicants from qualifying for established Starmaker programs. Funding can be requested for any music-related expenses (recording, promotion, publicity, advertising, digital marketing, touring, videos) with the maximum overall request capped at $25,000. The application deadline is Nov. 19.

LIFE 100.3 (CJLF-FM) Barrie held a two-day Sharathon Radio Fundraiser on Oct. 28-29, their second this calendar year as the importance of listener donations continues to increase. The goal for “Sharathon All In” was $100,000 with LIFE listeners chipping in to reach 112% of that goal by noon on day two. LIFE 100.3 has repeater stations in Owen Sound at 90.1FM, Peterborough at 89.3FM and in Huntsville at 98.9FM and can be heard online at lifeonline.fm. 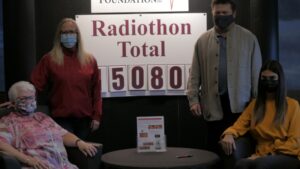 The 2020 Pharmasave Radiothon for Healthcare, in support of the Dr. Noble Irwin Regional Healthcare Foundation in Swift Current, SK, hit its $150,000 goal thanks to a last-minute donation of $15,000 from doctors at the Cypress Regional Medical Association. The two-day event aired on Golden West Radio’s stations in Swift Current and was supported by swiftcurrentonline.com.

OPINION: Broadcast Dialogue contributor David Bray weighs the impact of Numeris’ cancellation of the Fall Radio Release and asks when does “not enough” amount to “too much”? Read more here.