Radio and music industry veteran Bobby Gale died Friday night following a highway accident on his way home from a concert in Montreal.

Gale, who had called Prince Edward County, ON home for the last 15 years, had been the host of Sunday Glide on community radio station County FM (CJPE-FM) since 2015.

Growing up in Windsor, Gale’s first foray into radio was at CJOM 88 Windsor in 1975. Gale quickly moved on to take on swing at 106 FM (WWWW-FM) in Detroit, where he worked alongside the legendary Howard Stern, Dan Carlisle and Jerry Lubin. Stints at CHIQ-FM Winnipeg, CHOM-FM Montreal and Q107 (CILQ-FM) Toronto followed.

In 1980, Gale started a decade-long career as the PolyGram promotions and publicity rep for Ontario and Manitoba. He went on to start his own independent radio promotions company plug (MUSIC) Inc. in 1992, and later Global Live Artist Direction (GLAD), providing artist management, media relations and bookings.

Gale told All Access in 2010 that it was his passion for music that led him into a career in radio.

“I’m a music junkie. Essentially, I was nurtured by a mother who was like an older sister. She bought all the latest vinyl, and we faithfully watched Bandstand, Sullivan, Lloyd Thaxton, Shindig, Hullabaloo, etc. daily or weekly. Radio (Top 40: CKLW/WKNR/CHLO) quickly became a great source of many new songs and artists. My mother dated radio guys; some I now realize were/became legends. I knew as I entered my teens radio would be my ticket to ride (especially to get out of Windsor!) I did everything within my power to make radio my career. But I have to add that it was my burning desire to turn everyone onto music that made this pursuit to be on-air relentless.”

J.J. Johnston, County FM’s original interim general manager, who enlisted Gale to return to his radio roots, posted on Facebook that the industry “lost a good one last night.”

“Bobby Gale, the legend, a friend of thousands and a personal friend for 45 years was killed last night on the highway back from a concert in Montreal. He was devoted to music right to the end,” wrote Johnston.

Johnston said Gale was “a passionate champion of music and many artists domestically and internationally have benefited from his management, friendship and guidance.” 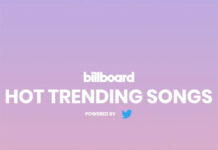 Twitter unveils new Billboard chart based on most talked-about songs