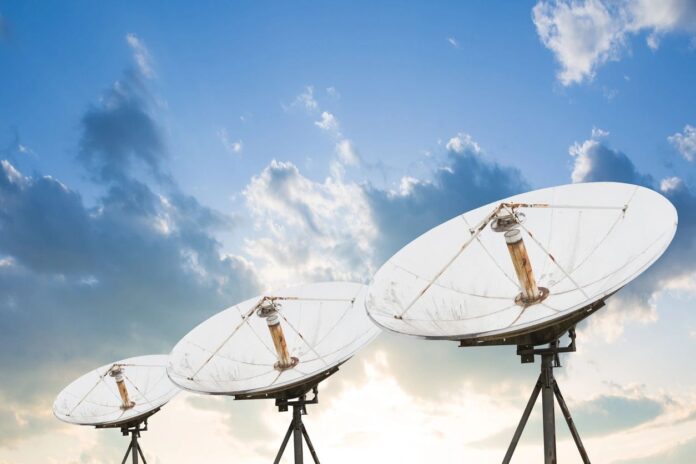 The Public Interest Advocacy Centre (PIAC) is among the organizations and policy experts expressing concern about a proposed transaction that would see Rogers Communications and Shaw Communications combined in a $26 billion deal, leaving two families in control of a wide swath of the Canadian media and telecom landscape.

Encompassing cable, internet and wireless assets, PIAC says the deal will mean fewer wireless competitors in many Canadian markets and will undo regulatory intervention over the last 15 years aimed at promoting a fourth national wireless carrier to bring down cellphone prices.

“While Rogers claims it will not raise prices for Shaw’s Freedom Mobile wireless customers for three years, the structural shift from four carriers in most Canadian cities to only three will risk reduced competition in the wider cellphone market, as competitive pressure is removed from Rogers, Bell Mobility and TELUS Mobility,” the organization said in a statement.

While Shaw Communications divested its 38.6% stake in Corus Entertainment in 2019, the Shaw Family Trust – a separate corporate entity – remains in control of the publicly-traded media company with Heather Shaw the Executive Chair of the Corus Board of Directors and Julie Shaw its Vice-Chair.

Industry insiders anticipate that might be one of the facets of the Competition Bureau’s exploration of the deal, but ultimately the telecom side of the merger and the potential consumer impact will be the focus.

“It makes everything a lot murkier, which I don’t think is a good thing,” said Dwayne Winseck, Professor at the Carleton University School of Journalism and Communication, who also holds a cross appointment at the Institute of Political Economy.

Winseck said he’d heard rumours of the proposed transaction as far back as 2016, with Shaw’s divestiture of its Corus shares a lead-up to today’s announcement. The combined Rogers/Shaw entity would solidify its position behind Bell as the second-biggest telecom, internet and media company in Canada and significantly increase Rogers’ current lead on TELUS.

Of greater significance, Winseck said, if allowed to move forward, the deal “blows up the Rubicon” in terms of creating a line in the sand in regards to ownership. 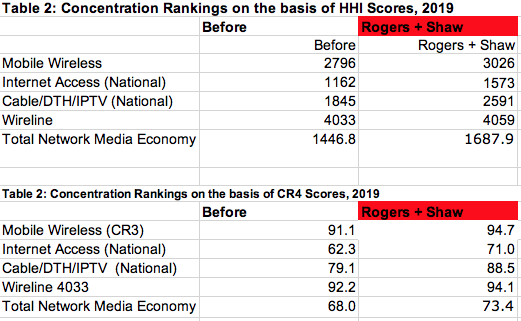 “It would be a substantial lessening of competition, especially HHI thresholds. If there’s movement of over 200 points on the HHI , that’s considered a significant move,” explained Winseck.

He believes any media concentration issues the deal presents, ultimately pave the way for the Shaw Family and Rogers to get out of content creation and radio and television ownership in favour of focusing on their core telecom business.

Today’s announcement comes one day before the OpenMedia-led Affordable Internet Day of Action, calling for an end to mobile and internet rates that are some of the highest in the world.

“Over the years, we’ve seen competitor after competitor swallowed up by the Big 3. The result is always the same – more profits for the Big 3, worse plans and less choice for Canadians. We can’t afford this deal. This is going to be a true test of [ISED] Minister [François-Philippe] Champagne’s commitment to affordability, connectivity, and Canadians,” said Tribe.