The transition to IP seems to have gradually spread from studio workflows to the broadcast RF infrastructure over the past decade. In radio, we have seen Audio over IP become the preferred method for program transport between studios and transmitter sites, and the trend is similar in broadcast TV.

Over the same period, engineers have also embraced IP for remote transmitter monitoring.

The convenience of IP connectivity allows for efficient transmitter monitoring plus a way to identify and troubleshoot often resolvable issues without hiking to the transmitter site. The latter is especially useful given that transmitter sites are often miles from the studio, and, as happens in many locations, sometimes unreachable due to seasonal elements.

While engineers have been able to tap into what’s happening inside the transmitter RF plant, they have lacked the same tools to effectively monitor transmission line and antenna system condition, other than the aggregate VSWR at a coupler on the transmitter output.

In fact, without that ability to remotely “see” into transmission line, for example, engineers were often in the dark as to how the system and its components withstood the rigours of time and weather. Without a continuous flow of detailed, real-time data and metrics to tell a tale, conditions could quickly deteriorate in the external RF equipment on the tower – without clear, advance warning signals.

“The previous generation of monitoring systems generally required taking forward and reflected power measurements from a directional coupler at the transmitter output, which could only provide an aggregate summary of the systems,” said Dan Glavin, Electrical Engineer, Dielectric. “While the methodology itself worked, its limitations have been readily apparent in the significant number of catastrophic failures of, for example, transmission line runs. Minor, initial degradations in component condition were often masked in the aggregate VSWR response. An individual elbow or insulator in gradual decline would not be visible in the aggregate measurement – until it was too late.”

These problems would typically go unnoticed since periodic VSWR sweeps are rare in today’s broadcast business. In addition to being very expensive, the timing of the sweep was critical to identifying problems before they harm the antenna and line system. Collectively, antenna system monitoring was often one big guessing game that could end in devastation without any real forewarning.

“The fact is there was no real way to predict trouble before it happened,” said Glavin. “If the bullet anchor connector on the uppermost elbow gradually degrades to the point of overheating, it’s not long before soot forms from the Teflon insulator burning.”

Without any indication of that specific, local VSWR deterioration, nothing prevents the transmitter from delivering power into the connector, which deteriorates further. Everything upstream, back towards the transmitter, now potentially becomes collateral damage.

“Overheating occurs at half-wavelength intervals, possibly causing further arcing or burning and soot accumulates on other components over what could be a 1,000-foot transmission line,” Glavin continued. “The resultant damage can be extensive. Before long, the entire system is down, and the broadcaster is left with a substantial repair bill.” 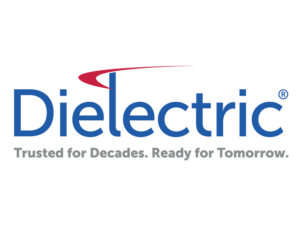 The opportunity to monitor a VSWR increase, localize it and predict when the reading may rise beyond an alarm threshold brings a mitigation benefit not seen before in line and antenna system monitoring. That provides foresight into when to perhaps reduce power output and send in the tower crew armed with specific evidence of where the problem exists – again before serious damage occurs.

These benefits represent the core value proposition of Dielectric’s RFHawkeye, the broadcast industry’s first native IP-connected RF monitoring system for antennas, transmission line, and most external associated RF components. Broadcasters not only have an IP connection to remotely monitor antenna and line system performance and condition; their predictive capabilities are optimized with a graphical user interface that presents meaningful, actionable system data.

Unlike previous-generation systems, RFHawkeye adopts a time-domain methodology to measure and record information in real-time at full power and operates independently of the transmitter on a 24/7 basis. Importantly, the VSWR changes that were often undetectable are now clearly visible, along with other related conditions such as a sudden arcing of the transmission system. Along with detecting arcs within the line, RFHawkeye provides a timestamp and physical location of the arc for quick identification once the tower crew arrives.

“Once logged into the system, engineers immediately can see any degradation plot, representing the time domain display of the system condition and performance,” said Glavin. “They can see any very subtle fluctuations in reflections across all individual RF components. Over time, they can understand what trends might be related to weather circumstances and what trends might be predicting a bigger problem on the horizon.”

Given the 24/7 nature of the broadcast business today, the opportunity to carry out routine examination of transmission line and systems has become very limited while the consequences of a transmission line failure have only increased. RFHawkeye continuously monitors the broadcast RF system with the ability to pinpoint the exact location of any degradation early enough to prevent catastrophic failures and costly downtime, without taking more of the system offline than needed.

“The ability to localize the fault means the engineer can send a tower crew to the specific trouble point,” said Glavin. “We can tell them how far up the tower they need to climb, where to pull the system apart, and potentially what parts to have on hand, for faster and safer inspections. This exponentially mitigates the labor and the downtime.”

RFHawkeye, like any good monitoring system, can be configured to send warnings and alarm notifications triggered by user-defined parameters, allowing engineers to jump into action upon receiving email and/or SMS notifications. These freedoms ensure that engineers can monitor their transmitter sites under any circumstance, whether through proactive routine monitoring, during several weather emergencies, or even national emergencies such as the current COVID-19 pandemic.

Moving forward, Glavin says that Dielectric will begin offering a centrally managed service platform for customers. By simultaneously notifying Dielectric engineers of system anomalies, some of the monitoring and analysis burden is lifted from the local station engineer.

“This is a very user-friendly system and will be a natural fit for the modern IT-oriented engineering base that is increasingly charged with managing RF systems and facilities,” said Glavin. “We see this as the next phase for RFHawkeye, particularly as pandemic restrictions subside. This will allow us, at a minimum, to complement the station’s own monitoring efforts by offering proactive response to performance issues, and coordinating service and repair issues for our broadcast customers, both FM and TV.”

For more information go to Dielectric.com. 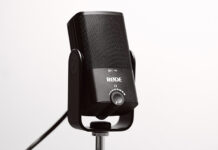