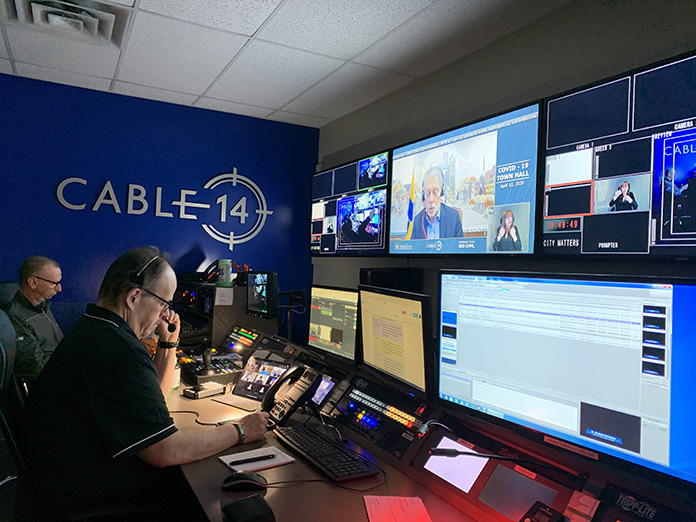 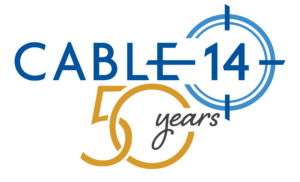 Cable 14 in Hamilton, ON was in the midst of celebrating its 50th Anniversary Broadcast Season when the COVID-19 pandemic derailed the celebrations. Almost immediately, the local community channel closed its production facilities, implemented work-from-home strategies for staff, and suspended all regular production. At the same time, senior management realized that the channel, owned and operated by Cogeco and Rogers, had a vital role to play in helping to communicate federal, provincial and municipal information designed to keep residents safe during this time.

“We have always had an excellent relationship with the City of Hamilton and its Corporate Communications team”, explained Bill Custers, Senior Manager, Broadcast, for Cable 14. “Right from the start of all this, we made the call and said ‘consider us an extension of your team…how can we help?'”

Working together, Cable 14 and the City of Hamilton consulted on a communications strategy to help produce regular live broadcasts of City media briefings and the creation of a weekly live town hall broadcast. With the participation of the Mayor, Chief of Police, Medical Officers of Health and the Director of the Emergency Operations Centre, these ongoing productions have become key pillars in the City’s communication plans during the pandemic. Cable 14 has provided the primary distribution platforms for all of these productions via its linear television channel, its online platform, cable14now.com, as well as providing the broadcast feed for the City of Hamilton’s YouTube channel. The strategy continued to evolve and has become totally virtual. The weekly town hall meetings are now also being simulcast by a local radio station and provided to the traditional local over-the-air broadcaster for news highlights. 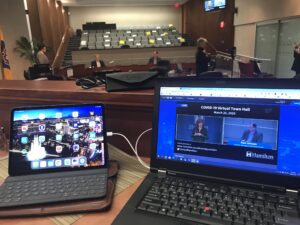 From a production perspective, Cable 14 has deployed a number of traditional and non-traditional elements to facilitate these complex productions. With strong relationships in place with key vendors such as Clearcable Networks (Clearcable’s CDN platform hosts Cable14Now.com), Cable 14 has integrated both Zoom and Skype alongside an extensive network of dedicated fibre infrastructure throughout the city. All of Cable 14’s productions are available both on the local linear Community Channel and on-line via two webstreams available to anyone with an internet-connected device. 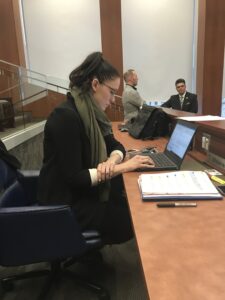 “We’ve positioned ourselves as a specialty channel, just like History or The Food Network, but our “specialty” is Hamilton,” Custers continued. “Cogeco and Rogers have provided us with an amazingly diverse and powerful toolkit, and it’s our job to deploy these resources strategically and in the best way to help the overall health and safety in our community. Our staff have continued to work through this difficult time to ensure our viewers remain well informed and safe. Community Service is a key role of any local broadcaster in times like this…at Cable 14 it is part of our DNA”.

“Cable 14 has always played an important role in our Communication Strategy to keep Hamiltonians informed of Council decisions and City Operations,” said John Hertel, Director of Strategic Partnerships and Communications for the City of Hamilton. “COVID-19 presented a unique opportunity for us to take our partnership to an important next level. I have been impressed and grateful to the Cable 14 team for their tremendous collaboration, expertise, and enthusiasm in bringing much needed real-time updates to the community during this challenging time. While the pandemic may have derailed the original plans to celebrate 50 years of service to the community, the legacy of Cable 14’s contributions in 2020 will far surpass anything that could have been imagined.” 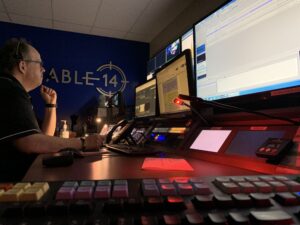 It would be an understatement to say that dealing with the local impact of a worldwide pandemic wasn’t part of Cable 14’s business plan for its anniversary season. However, it is indisputable that when the pandemic took hold in Hamilton, Cable 14 purposely and aggressively stepped up into a key role supporting the efforts of the City of Hamilton as a key media partner. After 50 years of service to the Hamilton community, perhaps no effort is of any greater significance than what Cable 14 is doing right now.