The Government’s Bill C-11, the Online Streaming Act, is now making its way through the House of Commons. The legislation has its share of critics, many of whom fear its intent or the role it gives to the CRTC to regulate the Internet. They fear something they currently have will be lost. I think this fear is unfounded. Those of us in the more traditional broadcasting industry understand that this legislation is critical to ensure that the Canadian audio-visual sector evolves to meet the threats and benefit from the opportunities present in the online streaming environment.

Let’s be clear about the threat of online streaming. What the Canadian industry is losing control of is the Canadian distribution system – both in terms of the control of rights and in terms of the control of what Canadians see and how they receive it. Our current distribution system dates back many decades and is entirely owned and operated within Canada. This system allowed Canada to build a vibrant domestic industry of Canadian creators, producers and distributors who worked together to create programming in all genres and for a wide range of Canadian audiences – from hyper-local to national, and also for export. The entire structure of our audio and audio-visual sector, thousands and thousands of jobs, more than $3 billion in annual spending on Canadian programming, and $16.9 billion in annual revenue is predicated on its continued existence, in one form or another.

The online streaming world has gradually been eroding that system for more than a decade – certainly since the launch of Netflix in Canada in 2010 and the more recent launch of online streaming platforms from the major studios has dramatically accelerated this erosion. The arrival of content aggregation platforms such as Amazon, Apple and Roku began the next phase of re-constituting the distribution system of television and film content through online streaming platforms. It is now certain that in the coming years the current Canadian controlled distribution companies will either fail or will transition into online platforms.

Content and distribution must live together. A crude analogy would be that you can put as many bulbs on your Christmas tree as you want but until you plug it in, you don’t have any light. In the content industry it is often said that “content is king”, but if that’s true then distribution is the kingmaker.

A production requires access to a monetizable audience to be economically valuable, and experienced producers rely on the guarantee of future distribution to finance content. The loss of our domestic distribution system will be devastating to our Canadian content industry unless we solve the future distribution problem. 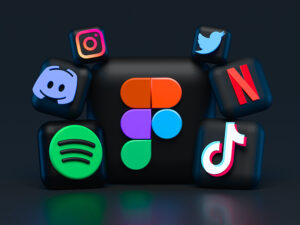 This explains why Bill C-11 is so critical. It includes provisions that recognize the role that the online distributors of other online services play – although it is still much weaker than what is truly required. We need to ensure that the legislation requires online platforms to grant access to Canadian media services. Once given access, Canadian services must be able to compete for audience share on these platforms on an equitable basis and receive fair compensation. The core concept is that Canadian services must always be able to access our own domestic market. The CRTC must have the authority to make sure that happens. Experience has taught us that distribution platforms (and this includes our own large Canadian distribution platforms) cannot be counted on to deliver and support a wide range of Canadian owned services and diverse programming without effective regulatory oversight and rules.

Over the past decade we have learned the hard way in Canadian broadcasting about the difficulties and inequities that can happen when distributors show preference to their own content on their platforms. The CRTC is aware and well equipped to regulate these platforms but only if it has the tools it needs.  We have suggested critical amendments to ensure Bill C-11 gives the CRTC the authority it will need in the years ahead in dealing with online distributors:

– First, if it becomes necessary, the CRTC must have the ability to set terms and conditions for the distribution of Canadian services on online distribution platforms – this is a critical backstop power that any domestic regulator must retain to ensure that dominant global platforms serve domestic markets and support domestic media players.

– Second, the CRTC must be able to create rules that will govern distribution – again, if it become necessary – so that it can regulate in a flexible way that reflects how distribution platforms develop in the future: for example, how will local television services, which are now the single most important source of news programming in Canada, make the transition to digital distribution platforms? We don’t know yet, but we cannot and should not rule out the need for regulatory support for Canadian media.

– Third, the CRTC must have the ability to resolve disputes regarding online distribution of media services. Otherwise, its authority as a regulator will be illusory and limited to the extremely heavy-handed tool of issuing fines that ultimately benefit no one. The CRTC is developing increasingly effective tools to resolve disputes and should be able to apply those tools in an online world. This is exactly the vision that the UK government has for its regulator, Ofcom.

Access for Canadian online services to digital platforms in our own domestic market is far from assured. But it is essential for Canadians to continue to enjoy and benefit from our vital and diverse media system.

It is also essential for Canadian services to have access to digital platforms in Canada so that they can tap into the potential of global markets. Of course, the reality is that many Canadian media services are already on the new aggregation platforms, and not just YouTube and TikTok. The monetization of premium productions such as drama requires access to the online subscription platforms like Amazon, Apple and Roku, which have much higher quality thresholds and requirements than TikTok and YouTube. Our service launched with both Amazon and Apple in Canada several years ago and is now with Apple in the U.S. and on Amazon in Australia. We are also currently expanding to other platforms in the U.S., UK, AUS/NZ, South Africa and Scandinavia. Many other Canadian services are doing the same across the world as the transition to online streaming accelerates. However, it all starts here in Canada with meaningful access to the Canadian domestic market and the strong support that Bill C-11 should provide.

The future of the industry depends on it. Without Canadian media services becoming international distributors how will they be competitive in the future?  Corporate valuation now heavily depends on direct or indirect consumer subscriptions supported by a significant investment in original programming. This is what the markets now value and what the studios are doing to compete with Netflix in the online streaming market.  Fortunately, global content markets are enormous and can still provide room for Canadian companies to compete even at a lesser scale.

It is important that this legislation happens now. The global market is in a period of transition and the rules are being written across the globe. The UK is in a similar situation to Canada and is recommending likeminded legislation, as are many others. These markets are still developing so there remains time.  However, they will mature quickly and there is a real fear that much of our Industry will miss the transition window.

Bill C-11 is not a panacea that will solve all challenges for the Canadian broadcasting industry, but it is a critical step in the right direction.  We will need to re-evaluate many of our current Government programs, including the Canada Media Fund and our tax credit system for Canadian content, to ensure they align with the industry’s future needs. However, that work can be done after Bill C-11 is passed and passed it must be.