PressReader, the Vancouver-based newspaper and magazine platform, has acquired personalized news aggregation app News360. News360’s technology analyzes and attributes content from any given news story to more than a million distinct audience interests. The company purports to reach more than 100 million unique readers every month. PressReader plans to leverage News360’s two proprietary technologies — Natural language Processing (NLP) and NativeAI — integrating them into its platform of over 7,000 newspaper and magazine titles, including the Los Angeles Times, The Globe and Mail, The Guardian, Newsweek, and Vanity Fair, to enable a hyper-personalized user experience. NativeAI will also be made available to PressReader’s publishing partners, giving them more insight about what type of content and which trending topics garner the highest reader engagement. Read more here. CBC/Radio-Canada will livestream the Lima 2019 Parapan American Games, Aug. 23 to Sept. 1. Coverage of five sports – Para athletics, Para badminton, Para swimming, wheelchair basketball, and wheelchair rugby – will be available via live stream, as will the Opening and Closing Ceremonies. Viewers will be able to follow the Canadian Parapan Am Team via CBC Gem, cbcsports.ca, the CBC Sports app, and the Canadian Paralympic Committee Facebook page, as well as the Radio-Canada Sports app and radio-canada.ca/sports.The live streams will be supplemented by digital content on the CPC social media channels, including interviews with athletes, highlights packages, and live clippings during the events. Paralympian Benoît Huot will serve as the CPC’s onsite reporter. Disney+ is set to launch in Canada and the U.S. on Nov. 12. Available via iOS, Android, Xbox One, Sony Android TVs, PlayStation 4 and Roku, pricing will be set at $8.99 CDN/ month or $89.99/year. In addition to content from Disney brands like Walt Disney Animation Studios, Pixar, Marvel Studios, Lucasfilm and 21st Century Fox, the streaming service will feature classic films and original series including Jon Favreau-directed Stars Wars space opera The Mandalorian. YouTube will open up original content published after Sept. 24 to non-YouTube Premium subscribers for free. The content will be ad-supported. Non-members will also have to wait for each new episode of an original series to be released, while members get immediate access to every episode of a new season.YouTube Premium subscribers will also continue to enjoy features like offline playback, YouTube Music Premium, and access to the back catalogue of original shows posted prior to Sept. 24. The Athletic says it’s reached the 500,000 subscriber mark and is on track to reach one million later this year. Launched in 2016, the sports news subscription service has now expanded to nearly 50 cities in the U.S. and Canada, covering the NHL, NBA, NFL, and MLB, in addition to college sports. It recently started hiring in the UK for a planned expansion into English Premier League soccer coverag 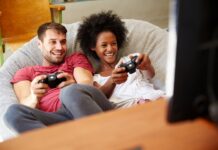