Netflix has announced it’s launching its lower-priced ad-supported “Basic with Ads” plan in Canada in November. Basic with Ads will be rolled out in 12 countries, including the U.S., UK, Australia, Brazil, France, Germany, Italy, Japan, Korea, Mexico, and Spain. Starting Nov. 1, Canadian consumers can access the cheaper tier at $5.99 a month. The streamer’s Basic, Standard and Premium plans will remain ad-free. Netflix says Basic with Ads offers all the features of its Basic plan, with a few differences, including an average of four to five minutes of ads per hour and no ability to download titles. A limited number of movies and TV shows won’t be available on the Basic with Ads offering due to licensing restrictions. Netflix has also announced it’s boosting resolution on its Basic and Basic with Ads plans from 480p to 720p/HD. Read more here. 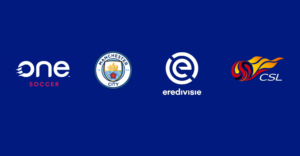 OneSoccer, the dedicated soccer channel operated by MEDIAPRO Canada, has acquired exclusive rights in Canada to Manchester City TV, the Premier League club’s premium TV programming; the Eredivisie, the top-tier men’s professional soccer league of the Netherlands; and the Chinese Super League, China’s first division men’s soccer league, as a first step in expanding the broadcaster’s portfolio of international leagues and tournaments. Fans across Canada will be able to watch the matches through the OneSoccer app and website via connected devices; while subscribers to TELUS Optik TV have access to OneSoccer as a linear channel in the More Sports bundle. Additionally, FuboTV Canada carries OneSoccer alongside a range of other sports streaming offerings, including Premier League and Serie A channels.