Numeris is expecting TV and Radio Continuous Measurement diaries to be delayed by one to two weeks, respectively, as diary processing cannot be done remotely. The organization has successfully transitioned employees across four offices (Moncton, Montreal, Toronto, and Richmond) to work from home. Numeris says PPM data is being collected and produced as planned, with delivery times for both TV and Radio unaffected. TV diary recruitment is also complete, with returns now being processed. It continues to work on a plan for Continuous Measurement. The National Association of Broadcasters (NAB) says the 2020 NAB Show in Las Vegas won’t be rescheduled. The organization is currently working on NAB Show Express, set to launch in April, a digital experience that will allow exhibitors to share product information, announcements, demos, and deliver educational content from the original selection of programming slated for the live show. NAB says it will also be enhancing and expanding this fall’s NAB Show New York with new programs, partners, and experiences. The 2021 NAB Show in Las Vegas, has been scheduled for Apr. 11-14. The Commission for Complaints for Telecom-television services (CCTS) is currently running at reduced capacity with some employees working from home. As a result, the CCTS phone lines are temporarily closed. The agency can still be reached by email or using an online questionnaire. Cogeco says it will not terminate the services of customers unable to pay their bills due to disruptions caused by the COVID-19 situation. Late payment fees will be temporarily waived if they are caused by a financial situation related to the pandemic. To simplify the lives of residential customers working from home who don’t have an unlimited plan, Cogeco is also waiving overage fees until Apr. 30. At the same time, it’s migrating customers to higher speeds based on their needs.

Rogers is leveraging its television and radio assets, and digital and social platforms, to help Food Banks Canada (FBC) raise $150 million to support 650 food banks across the country, some of which are experiencing up to a 50% decrease in donations. Airing for the next four weeks, the public service announcements will air in high rotation across Rogers’ media assets. Additionally, through employee contributions and a corporate donation, Rogers is funding one million meals for families in need across Canada. Shaw Communications has pledged $1 million to Community Food Centres Canada (CFCC) to support the efforts of community food centres and agencies across the country helping the most vulnerable. Shaw will also automatically provide two months credit to all Shaw customers currently signed up to the Government of Canada’s “Connecting Families” initiative that provides low income families with internet connectivity at reduced rates.

King’s University College will award alumnus Sheri Borden Colley with an honorary doctorate. A 1997 King’s Bachelor of Journalism graduate, Borden Colley was a writer for Halifax’s Chronicle Herald newspaper for 21 years, establishing herself as a voice for African Nova Scotians. For the past four years, she’s been a reporter/editor with CBC Nova Scotia. Borden Colley has taught the “News Media and the Courts” course within the School of Journalism and served on the school’s advisory’s board. The Jack Webster Foundation has announced its 2020 Professional Development Fellowship recipients for British Columbia-based journalists. Mike Hager, reporter, The Globe and Mail, and Stefan Labbe, digital reporter, Tri-City News, will both attend the Poynter Institute for Media Studies in St. Petersburg, FL where they’ll take the Summit for Reporters and Editors course. Labbe’s fellowship is in the name of the late B.C. reporter Don Matheson, whose estate endowed professional development awards for B.C. born journalists. Clare Hennig, a web writer and digital associate producer, CBC Vancouver, is the recipient of a self-defined fellowship to further her studies in video journalism. 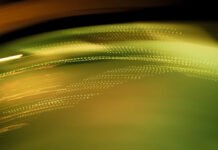 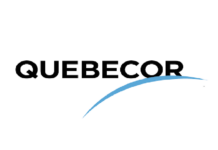