Nielsen Music’s Midyear Report indicates on-demand audio and video streaming grew a combined 48.7 per cent in Canada in the first six months of the year. Total album audio consumption continues to surge with overall album audio consumption increasing 18.1 per cent to 27 million units, up from 23 million during the same period in 2017. The increased activity helped offset continued declines in album sales, which were down 17.1 per cent to 6.7 million units and digital song sales, which slipped 21.8 per cent to 24.9 million units.

The Roku Channel has launched in Canada on Roku players and Roku TVs. The ad-supported channel features a free, rotating selection of movies and TV shows. Among the publishers participating at launch are American Classics/Hatch Farm Studios, FilmRise and Total Content Digital with others expected to be added over time.

Instagram is rolling out IGTV globally, a new app for watching long-form, vertical video from Instagram creators. While Instagram videos are still limited to one minute, those on IGTV can be up to an hour long. The social platform is now a global community of one billion.

The CRTC has fined Datablocks and Sunlight Media $100,000 and $150,00, respectively, for allegedly aiding in the installation of malware through the distribution of online advertising. An enforcement first under Canada’s anti-spam laws, Sunlight Media allegedly violated the law by accepting unverified, anonymous clients who used their services to distribute malware, while Datablocks provided Sunlight Media’s clients with the necessary infrastructure and software to compete in real-time for the placement of their ads, which contained malware. Neither Datablocks nor Sunlight had written contracts in place with their clients that would bind them to comply with Canada’s anti-spam law, monitoring measures in place, or written corporate compliance policies. After being alerted in 2015 by cybersecurity researchers, and the CRTC in 2016, neither company implemented basic safeguards. Facebook Canada, in partnership with Nunavut Tunngavik Incorporated (NTI) and Inuit Uqausinginnik Taiguusiliuqtiit (IUT), is opening Inuktut for translation so that the community can help translate Facebook into their language. Inuktut speakers can access the Translate Facebook app to offer a proposed translation for the strings of words and phrases that make up the Facebook interface. The launch of Facebook in Inuktut is slated for 2019. Facebook is now available in more than 100 languages and used by over one billion people in languages other than English.

Social Science One has been unveiled as the name of the independent research commission, first announced in April, that will use Facebook data to analyze the role of social media on elections and democracy. Academics can now apply for access and funding to study the first Facebook data set. The group plans to eventually facilitate academic study of other questions with Facebook data and other types of proprietary data from different companies and industries. 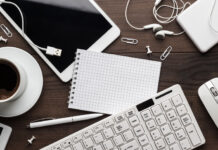 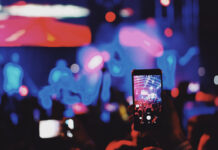 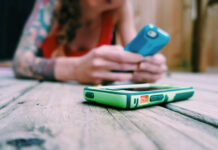