Rush has premiered a new conceptual music video for “The Spirit of Radio” in celebration of the 40th anniversary of Permanent Waves, that pays tribute to some of the DJs that first spun their records.

Among them are CFNY-FM Toronto programmer David Marsden, syndicated Rockline host Bob Coburn, legendary Southern California classic rock DJ Jim Ladd, and Donna Halper, who is credited with discovering the band while at WMMS Cleveland in 1974.

The Spirit of Radio was the first single off 1980’s Permanent Waves, which reached No. 4 on the Billboard 200 in the U.S. and No. 3 in Canada. It’s one of the Rock and Roll Hall of Fame’s 500 Songs That Shaped Rock and Roll. 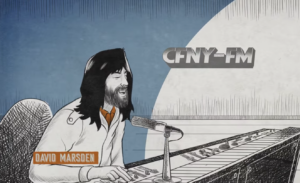 In a 2017 interview conducted by documentary project I Am What I Play, Marsden said he received a call from Rush manager Ray Daniels ahead of the album release telling him that The Spirit of Radio was written “because the guys in the band listen to your radio station and all the lyrics are about CFNY, but we’d prefer not to admit that publicly because no other radio station will play the song if it’s about you.”

“I thought that’s fair. I’m not going to stand in the way of any artist ever,” said Marsden, who added that 102.1, the station’s frequency, appears on the runout area of original pressings of the record.

In addition to paying homage to the FM radio format, the video is a tribute to late bandmate Neil Peart, who succumbed to brain cancer on Jan. 7 of this year at age 67.