Netflix says it shouldn’t be obligated to contribute to Canadian content funds, arguing that Canada is better served by market competition than the regulation of foreign OTT services. The digital giant’s submission to the Broadcasting and Telecommunications Legislative Review Panel also indicated it’s on track to “significantly exceed” its five-year, $500-million commitment to fund original content produced in Canada. Meantime, BCE’s submission to the panel calls for foreign OTT services, making in excess of $300M in Canada or more than $1B globally, to hand over 20 per cent of their Canadian revenues to the Canada Media Fund (CMF) annually. Bell’s submission also stipulates that foreign OTT services shouldn’t be allowed to acquire exclusive Canadian OTT rights to programming made with CMF money. The CRTC has denied an application by TELUS to amend its regional broadcasting licences in British Columbia and Alberta by deleting six licensed areas. The decision concludes TELUS has not met the exemption criteria for Prince George, Terrace, Vernon, Penticton, and Fort McMurray, saying in general that TELUS is not distributing on-demand community programming in a way that meets the dual objectives of citizen access and community reflection set out in the Community Television Policy. Among the commission’s concerns was VICE Media’s involvement with production of a program and related virtual reality project entitled Fort McMurray Post-Fire (VICE) + VR. “In the Commission’s view, TELUS has not established that this production should be considered community programming as defined in the Regulations.” As such, the commission ruled TELUS does not meet criterion for Fort McMurray in demonstrating that it spent five per cent of its revenues on community programming in that community in the 2016-2017 broadcast year. The Canadian Journalism Foundation (CJF) has issued a call for nominations for its Lifetime Achievement Award, celebrating a Canadian journalist whose career demonstrates dedication to the craft. The deadline is Feb. 22. Nominees will be considered based on their body of journalistic work during his/her career; contribution to society through impactful journalism; and recognition and respect from peers and community. Individuals who have worked in any field of journalism are eligible for consideration. Last year’s recipient was longtime CBC News chief correspondent and The National anchor Peter Mansbridge. The Right Honourable Adrienne Clarkson, co-chair of the Institute for Canadian Citizenship and former governor general, has joined the jury. The winner will be presented at the CJF Awards in Toronto on June 13.

The Western Association of Broadcasters (WAB) has issued its call for nominations for the 2019 Gold Medal Awards celebrating broadcasting excellence in the Prairie provinces of Alberta, Saskatchewan and Manitoba. Awards are available in the following categories: Gold Medal Award for Community Service, Gold Medal Award for Digital Innovation, Leader of Tomorrow and Hall of Fame. Awards criteria and the online nomination form is available here. Nominations are open to member stations of the WAB. The deadline for submissions is Mar. 29. Awards will be presented at the WAB President’s Dinner & Gold Medal Awards Gala on June 6 at the Fairmont Banff Springs Hotel.

Every year the Canadian Media Concentration Research Project (CMCRP) puts out a series of reports on the state of Canada’s  telecom, internet, and media industries.  On the latest episode of Broadcast Dialogue – The Podcast, Dwayne Winseck, professor at Carleton University’s School of Journalism and Communication, who also leads the CMCRP, on the latest Growth of the Network Media Economy report, and among other things why he’s calling for the resignation of CRTC chair Ian Scott. 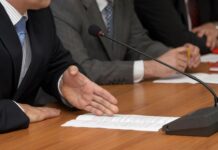