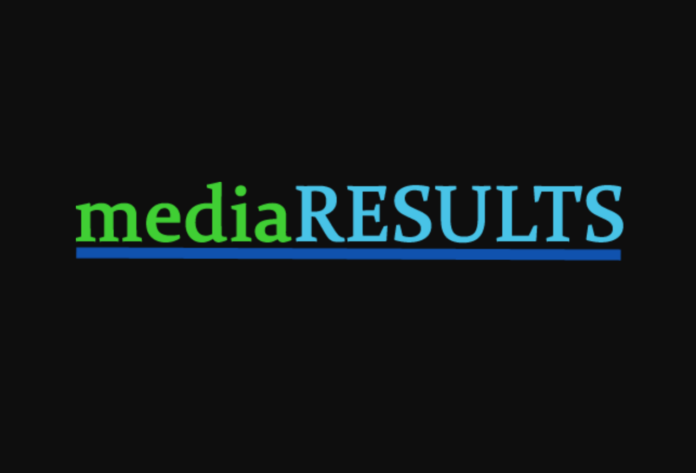 Dave Charles is a well-known international broadcast consultant whose global radio footprint continues to offer the industry new perspectives on how to thrive in a complex media world. Charles is now offering an affordable way for broadcasters to safely work from home during the Covid-19 pandemic with MRI Home Studio and IT/Engineering partner Glenn Prins.

BD:  Give us some background on your 45-year broadcast and music consulting career.

DC: I started consulting for media legend Allan Slaight in 1973 when he owned four radio stations and a stake in Global TV with his company IWC. Along with John Parikhal, Allan offered us a chance to apply for a new FM in Toronto in 1975. We won one of three FM licenses and Q107 was launched in 1977…43 years later Q107 Toronto is a very successful, iconic brand. That led to my international radio consulting career and the launch of my company, Joint Communications Corp., based in Toronto and Atlanta.

BD:  What were some of your early successes?

DC: Learning from radio guru J. Robert Wood is a huge highlight for me as he captained 1050 CHUM and CHUM-FM to major successes over a 10-year period. John and I formed Joint Communications Corp after the huge success of the Q107 launch in 1978. We then formed a partnership with Lee Abrams and Kent Burkhart who created the massively successful ‘Superstar Album Rock Radio network’ with over 125 stations. That led to business with broadcasters from the UK and Australia. We innovated radio concepts by undertaking massive lifestyle research projects, adding another level of content and marketing innovation for radio, which not many were doing at the time. We consulted many major record labels out of Canada including BMG, WEA, Capitol EMI, SONY and A&M. We had the opportunity to work with emerging artists like Bryan Adams, Celine Dion, Shania Twain, Little River Band, Elvis Costello and Supertramp, who all became huge international stars. Our work was mainly in A&R consulting, giving an outside-in perspective on picking the right songs from these new artists for radio.

BD:  Tell us about your time in the early days of the CCMA and CARAS.

DC: Thanks largely to Neill Dixon of Canadian Music Week (CMW), Walt Grealis and Stan Kleas (founder of the JUNOs), as well as Peter Steinmetz, I had the pleasure of serving as President of the CCMA (Canadian Country Music Association), followed by a directorship and President of CARAS. In the late ’80s and early ’90s, Canada was really gaining momentum in building a viable music star system. I wanted to be a part of that as a true blue Canadian. Now many years and hits later, Canada has some of the greatest collection of music stars on the planet. All you have to do is look at the international music charts to see what I mean. I wanted to accomplished three things with CARAS: 1. Move the Juno’s out of Toronto. 2. Support the development of provincial music associations who could submit bids to host the JUNOs in their region. 3. Make the JUNOs television broadcast 100% Canadian. We achieved all three. The last thing we did with CARAS, along with Buffy Sainte Marie and Sylvia Tyson, was establish three distinct Indigenous music categories which for the first time acknowledging the many great Indigenous artists in Canada. Kashtin was one of the first winners. This was my first introduction to a whole new level of music talent from Indigenous artists across the country. I did similar consulting work in Australia for their emerging and Indigenous artists and radio stations.

BD:  Why did you leave Canada?

DC:  In 1994, I was head hunted to join forces with my Australian radio clients at Austereo radio and developed a super media consultancy based in Melbourne and Brisbane. It was such a great opportunity to refresh my radio head. From there, we worked developing radio stations and radio networks in 42 countries over 15 years, including Malaysia, China, Japan, Singapore, Thailand, Vietnam, India, the UK, Germany, Sweden, Holland, France, Ireland, Greece, New Zealand, Russia, Czech Republic and South Africa. We also represented the Australian Government through Austrade in the media category to help other countries develop their broadcasting. After thousands of air miles, I can tell you that the best airport in the world is Changi Airport in Singapore. It was like an oasis to a very weary traveller. I returned to Toronto in 2009.

DC: I wanted to restart my Australian media company, MRI (Media RESULTS International), but reconfigure it differently. Social media and other platforms were providing stiff competition for radio. Radio was no longer the source for hearing new music with YouTube, Apple Music and Spotify taking over that role. Consolidation of radio companies was the new reality. Multi-skilling became the new normal. It was extensive research into the radio and media consumer that revealed what radio needed to do to gain and retain its share of the audience. In a word it was be to ‘LOCAL.’ Super serve your community in which you broadcast and allow your listener access to your station with social media and texting. Sounds simple, but it’s not. Nobody calls radio stations anymore to be put on hold and never get to who you want to talk to. I wanted to look for new opportunities to develop and integrate social media platforms as a way to further engage audiences of all demos. Social media is just an extension of your radio brand if you know how to use it. Radio has got to be a part of the new conversation and not a commercial hype. One thing has never changed for all media and that is ‘Content is king’. As an experienced consultant with a vast global perspective, I wanted to add some new thinking and items into the radio menu. There was a level of engagement missing. Radio got robotic and predictable.  Formats were sounding background and not foreground. With new knowledge and renewed energy, I began to look for new creative partnerships.  I teamed up with long time music executive Gary Muth and Aussie radio associate Lee Cornell (out of San Diego) to look at the media and music landscape with fresh eyes and ears. Lee Abrams continued to be my mentor on many new initiatives. In 2012 I met Rita Cugini, former Ontario CRTC Commissioner and Vice-Chair, who turned out to be the love of my life. She left the CRTC after a brilliant seven-year term and joined MRI as our head of Industry and Regulatory Consulting. Over the last 10 years, I’m now fully engaged in all aspects of radio and new media and having fun again!

DC: In 2015, I was introduced to then-APTN CEO Jean La Rose. Rita was consulting APTN at the time as they were about to apply for the five Indigenous radio licenses that were formerly owned by AVR. I joined the team as their radio consultant. FPR (First Peoples Radio) ended up with two of the five licenses in Toronto and Ottawa, and created the ELMNT FM radio brand with a very talented team. These were Native B, not-for-profit licences with COL’s (condition of license) of 25% Indigenous music, nine hours of Indigenous language programming and talk features such as Indigenous current affairs talk show, Moment of Truth. We created a hybrid CHR format which I think is fresh and vibrant. Why fresh? Because you’re hearing music from Indigenous artists that you’ve never heard on any other commercial radio station. From day one, when we launched in Oct. 2018, we wanted our Indigenous artists to be played alongside some of the best music artists in the world. To be inclusive was our main goal. You’ll hear at least four Indigenous songs in every hour of our programming. We carry the Indigenous Music Countdown every week which features the top Indigenous artists in Canada, Australia, New Zealand and the U.S. ELMNT FM is almost two years old and working hard to develop its audience. It’s not easy to get ratings with the great radio competitors we face in Toronto and Ottawa, however, day-by-day we’re gaining new fans who love to hear Indigenous artists they have never heard before. Canada is a multicultural country. It’s who we are and I love it!

DC:  It was created by our brilliant IT/Broadcast Engineer Glenn Prins. In March of 2020, we realized that the pandemic was going to change our world. We wanted to keep our employees safe. Jean La Rose gave Glenn Prins the green light to apply some new solutions to help us work around Covid. Both ELMNT FM stations in Ottawa and Toronto are based in Corus facilities. Glenn came up with the idea to set up all of our on-air operations and talent from mini home studios. The basic setup involves properly configured laptops, good mics, a customized mixer and ‘Clean Feed’ audio which allows us to broadcast from home with excellent audio quality. Our production, traffic and marketing are all based from home offices now. I call it the ultimate ‘PLAN B.’ We were lucky to have outside production studios already in operation as well. It sounds easy to do, but this is where Glenn’s expert engineering comes in to really getting that professional sound from home. Our priority for our team at ELMNT FM is keeping them safe. I believe that every broadcast company big or small wants that. In my view you’ve got to create a current and post-Covid business operations and business strategy. We’ve started by creating the MRI Home Studio.

What we’ve created with the MRI Home Studio is a very affordable option to set up your on-air components from home. In most cases, we’ve found that stations have most of the gear already. With our MRI Home Studio, we look at what you have, what you need, then help you set it up and offer you the tech support to keep things running at a high-quality, consistently. As an example, for ELMNT FM, we’ve invested around $20K for the required gear for two stations.

If you’re thinking about a Covid ‘Plan B’ option, give us a call and let’s talk about your needs. We want you to know that you don’t have in invest in expensive studios to achieve what you require. Why spend more money when we can provide you with a strong affordable alternative solution. Our number is 705-717 3111 or email me directly at dcharles@mediaresults.ca.